"With His First Step the Darkness Exploded in a Blasting Roar, and the Oblong of the Window Was Dimly Outlined by a Reddish Flicker" 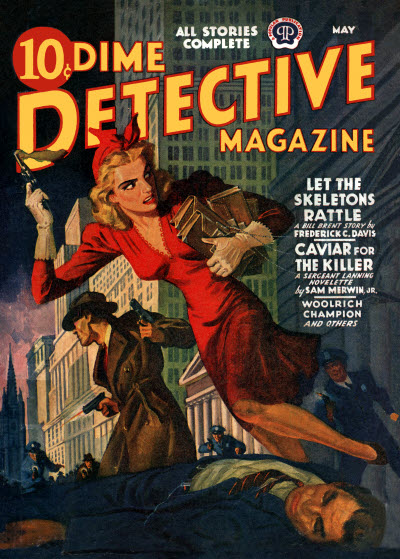 Short story (12 pages).
Online at The Luminist Archives (HERE; it will be necessary to download the entire issue; go down to text page 98). 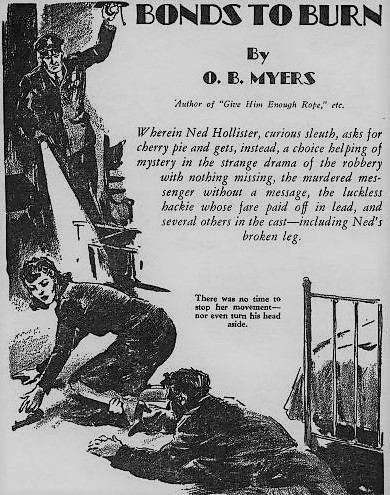 "The other gun bellowed twice more in abrupt succession, and Ned felt a faint breeze fan his cheek."

When an agent for an insurance company that indemnifies couriers happens to see a
violent bond robbery, he's doubly involved both as a witness and professionally, leaving
him determined to do something about it—but he never bargained on a wild shootout
in the dark . . .

"Doctor, did you notice the way he looked at me? That strange expression, when I told
him—"
~ Doctor Nelson:
"They all make faces when they kick off."
~ Joe Voder:
"He deserves better than potter's field."
~ The detective-lieutenant:

"If we didn't have a couple of dead men on our hands, I'd begin to think there hadn't
been any shooting at all, witnesses or no witnesses."
~ The woman:
"Close behind him came a girl who sprinted lightly on her toes, like a dancer. She had
striking features with dark eyes under penciled brows which were probably stunning in repose."
~ Officer Hannigan:
"Don't tell me I got the wrong one this time!"