"While the Real Murderer Stood Guard Below the Window, He Sent Some One More Nimble Up the Rain-pipe to Shoot the Poisoned Dart" 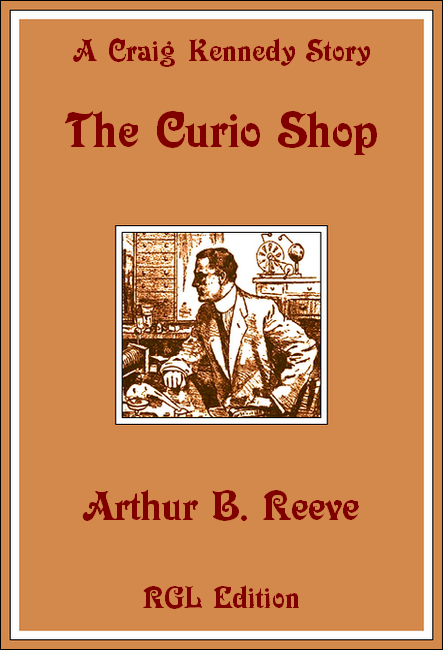 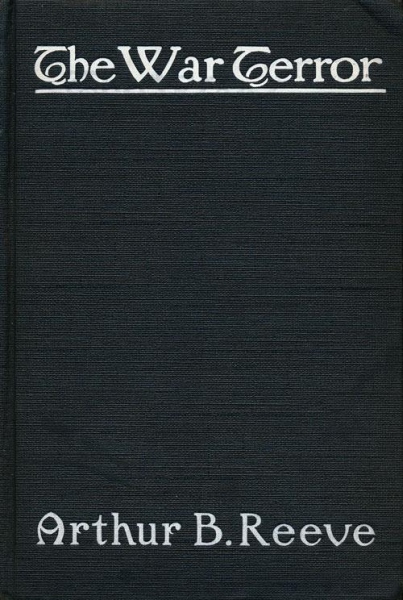 At one point Kennedy has to admit, "This is becoming quite an international affair," what with Europeans, Mexicans, Japanese, Ainus, and Russians threading their way through a baffling case of murders involving antiquities—but never fear, Kennedy's prowess with the radio-graph, a microscope, and his vast knowledge of biochemistry will sort it all out . . .

Major characters:
~ Professor Archer Northrop, the dearly departed:
". . . had been dead at least twelve hours, perhaps longer. All night the deserted museum had guarded its terrible secret."
~ Walter Jameson, the narrator:
"How it happened, I don't know, but, an instant later, I was sprawling."
~ Doctor Leslie, the coroner:
"I thought at first that we had at last a genuine poisoned needle case. You see, that looked like it. But I have made all the tests for curare and strychnin without results. There was no poison, absolutely none that any of our tests could discover."
~ Otaka, the enigma:
"His eyes were perhaps the most noticeable feature. They were dark gray, almost like those of a European."
~ Doctor Bernardo, the museum curator:
"Yes, Northrop and I were to follow the directions after we had plotted them out and were to share it together on the next expedition, which I could direct as a Mexican without so much suspicion."
~ Sato, the curious curio shop owner:
"It's well all are not so keen."
~ Señora Herrería, the woman of mystery:
"Then, too, the toe- and shoe-prints were not hers. But, I figured, she certainly had a part in the plot."
~ Craig Kennedy, the supersleuth:
"You have all read of the wealth that Cortez found in Mexico. Where are the gold and silver of the conquistadores? Gone to the melting-pot, centuries ago. But is there none left? The Indians believe so. There are persons who would stop at nothing—even at murder of American professors, murder of their own comrades, to get at the secret." 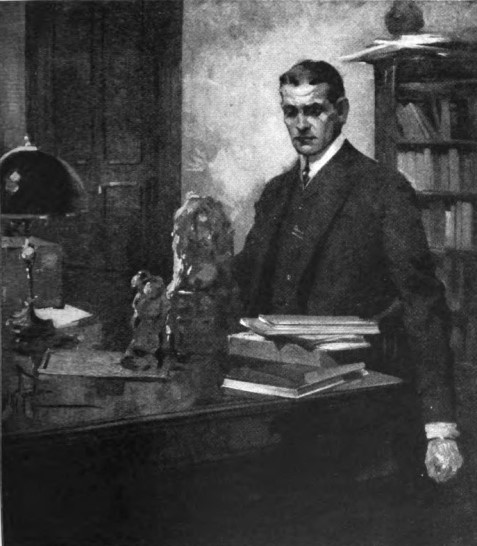 Resources:
- Mitla, a real location, is, as we read in Wikipedia (HERE), "the second most important arch-eological site in the state of Oaxaca in Mexico, and the most important of the Zapotec cul-ture." The Mixtecs were also active there; background about them is in a Wikipedia article (HERE).
- The poison of choice in our story is termed "aconitin," which has acquired a final "e" since then; see "Aconitine" in the Wikipedia (HERE). Other writers have also employed it in their plots:

"Aconitine was also made famous by its use in Oscar Wilde's 1891 story 'Lord Arthur Savile's Crime'. Aconite also plays a prominent role in James Joyce's Ulysses, in which the protagonist Leopold Bloom's father used pastilles of the chemical to commit suicide. Aconitine poisoning plays a key role in the murder mystery 'Breakdown' by Jonathan Kellerman (2016)."

- For better and worse the antiquities trade has been thriving for centuries:

"Illicit or illegal antiquities are those found in illegal or unregulated excavations, and traded covertly. The black market trade of illicit antiquities is supplied by looting and art theft. Artifacts are often those that have been discovered and unearthed at archeological digs and then transported internationally through a middleman to often unsuspecting collectors, museums, antique dealers, and auction houses. The antiquities trade is much more careful in recent years about establishing the provenance of cultural artifacts. Some estimates put annual turnover in billions of US dollars."
— "Antiquities trade—Illicit trade," Wikipedia (HERE)

- The Mexicans and the Japanese have had a long and involved relationship starting in the 19th century; see Wikipedia (HERE) for the full story. One of our characters is identified by Craig Kennedy as an Ainu, an obscure people group about whom Wikipedia has a lengthy article (HERE).
- Arthur Benjamin Reeve turned out over eighty short stories featuring his series character, technowhiz Craig Kennedy, as well as novels; see Wikipedia (HERE and HERE), the SFE (HERE), and the ISFDb (HERE). There's a Literary Digest article ("Science and Crime," Sep-tember 23, 1911) about Reeve and his contemporary assessment of crime and criminals (HERE), from which we quote:

"IS SCIENCE on the side of the law or the criminal? Both may summon its aid. Some of the greatest criminals in history have been men with expert scientific knowledge, but such knowledge is also widely and successfully used in detecting them. Arthur B. Reeve, who writes on the subject in Popular Electricity (Chicago, September), thinks that the balance-sheet shows a margin in favor of the public. The successful criminal of to-day no longer has to rely on the strong arm, the black-jack, and the jimmy. He is a scientist, crude and limited, but very practical, and must employ up-to-date methods or go out of the 'profession.' He may have a serviceable knowledge of chemistry, physics, toxicology, often microscopy, but most of all electricity. Science, however, is on the side of the law, nine times to every time it is of use to the lawbreaker, and the new scientific crime pays even worse than the old; otherwise it might be regarded as impolitic to describe the methods of the scientific criminal, as is done by Mr. Reeve."