"It Meant That There Was Murder in the Air" 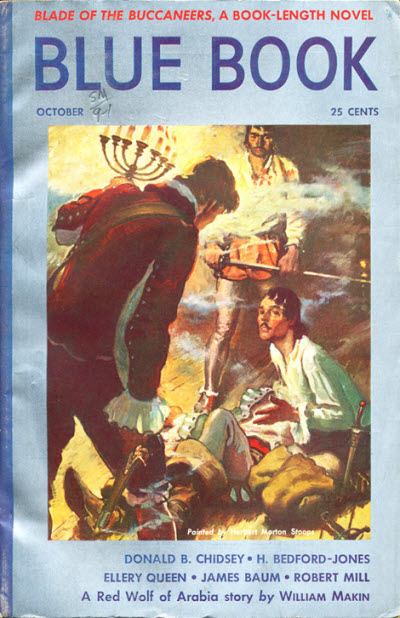 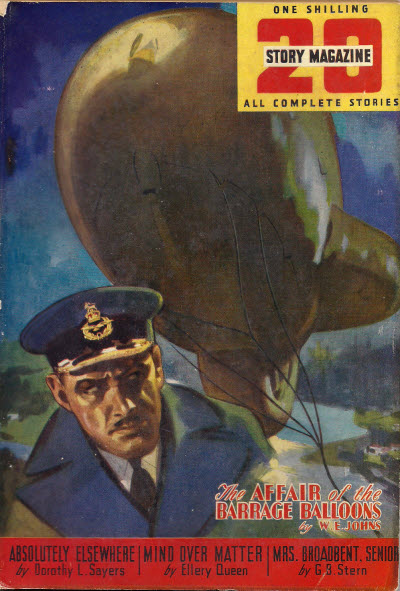 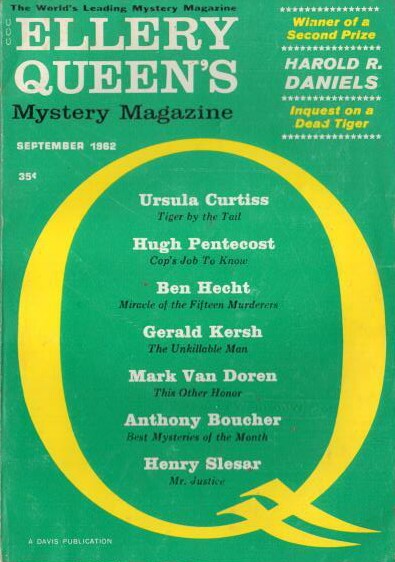 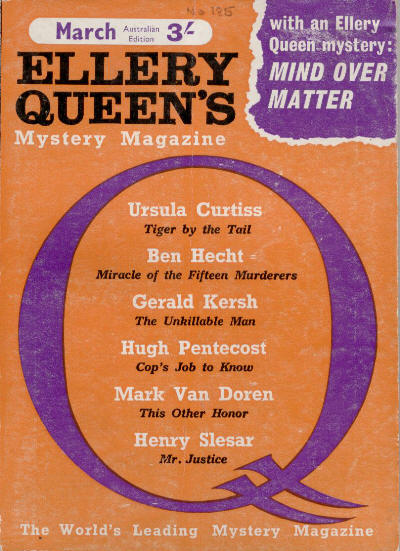 Other reprints: The New Adventures of Ellery Queen (1940) and Masterpieces of Mystery, The Golden Age, Volume 2 (1977). 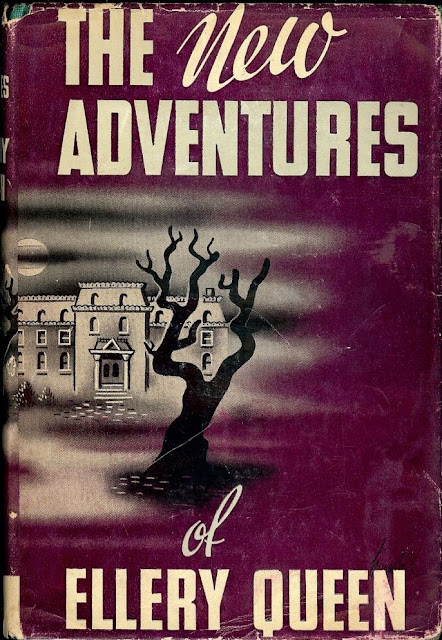 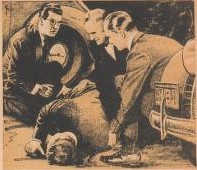 "Specifically, his six-foot body was taut as a violin-string. It was a familiar but always menacing phenomenon."

You'd expect some mayhem in a boxing match, but not when the fight's over—the bloody and highly perforated corpse of the heavyweight champ curled up in a car being eloquent evidence of murder most foul. While clues are sparse, to Ellery Queen, master detective, it's the theft of his own camel's-hair coat that "has everything to do with it" . . . 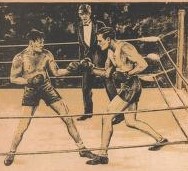 Cast (in order of appearance):
~ Paula Paris:
"Aren't you disappointed too, that you can't buy a ticket to the fight?"
~ Inspector Richard Queen:
"He's afraid somebody will knock somebody off."
~ Ellery Queen (a.k.a. "Master Mind"):
"Well, doesn't somebody always?"

~ Phil Maguire:
". . . picked them up that evening in his cranky little sports roadster and they all drove uptown to the Stadium together to see the brawl."
~ Happy Day:
". . . was visible a few rows off, an expensive Panama resting on a fold of neck-fat. He
had a puffed face the color of cold rice pudding, and his eyes were like raisins."
~ Ivy Brown:
". . . was a full-blown female with a face like a Florentine cameo."

~ Ollie Storn:
". . . pays a lot of attention in public to the champ's wife."
~ Jim Koyle:
"He was met by a roar, like the roar of a river at flood-tide bursting its dam."
~ Barney Hawks:
"His manager, Barney Hawks, followed him into the ring. Hawks too was big,
but beside his fighter he appeared puny."

~ Mike Brown:
"They hate his insides because he's an ornery, brutal, crooked slob with
the kick of a mule and the soul of a pretzel."
~ Storn's chauffeur:
". . . a tough-looking customer . . ."
~ Hymie Oetjens:
"I don't want no trouble, no trouble."

Resources:
- For a detailed rundown on the "sport" of boxing, see Wikipedia (HERE).
- "the way Firpo was": "Luis Ángel Firpo (October 11, 1894 – August 7, 1960) was an Argentine boxer. Born in Junín, Argentina, he was nicknamed The Wild Bull of the Pampas." (Wikipedia HERE).
- "full of more curves and detours than the Storm King highway": See Wikipedia (HERE). 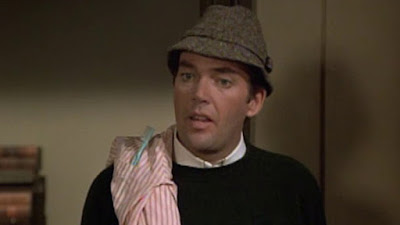