"The Lights Went Out in a Burst of Crashing Pain"

THE FICTIONAL TROPE of the endangered protagonist suffering from memory loss has been used and reused in written fiction, movies, and TV for many years (Mirage with Gregory Peck, for instance); in today's story we have a relatively early example of it being employed in science fiction, said narrative being called . . . 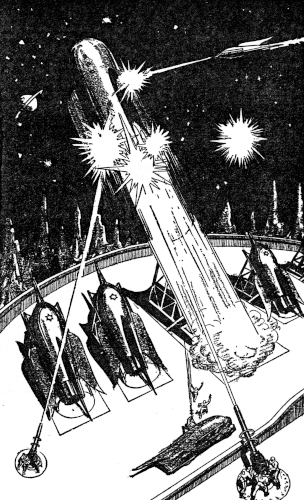 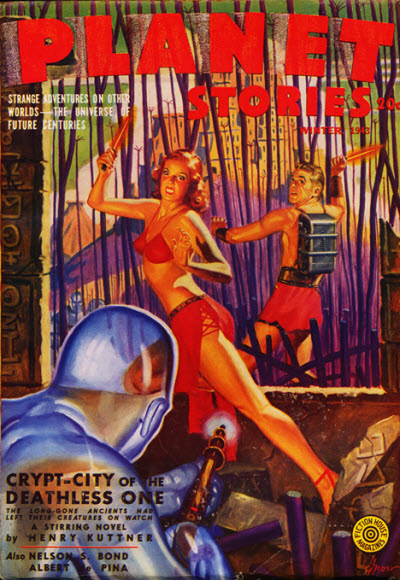 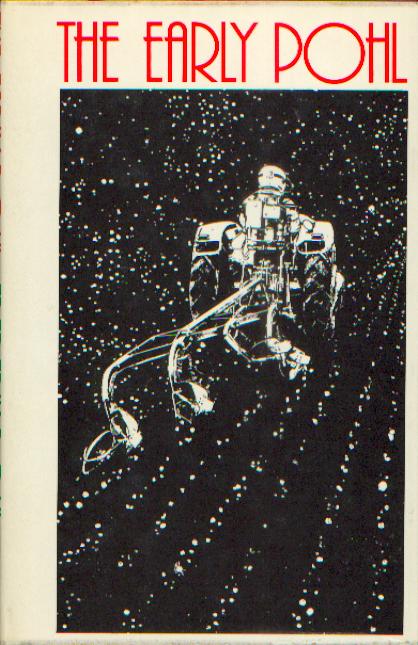 "Revolt was flaring on Callisto, and Peter Duane held the secret that would make the uprising a success or failure. Yet he could make no move, could favor no side—his memory was gone—he didn't know for whom he fought."

It's no surprise that revolutions need guns, in this case four thousand electron rifles; all Peter has to do is sign them away and he's told he'll be allowed to live and even profit—but along with an unexpected case of amnesia Peter has this stubborn streak that will almost certainly get him killed . . .

Main characters:
~ Peter Duane:
". . . looked at the man's eyes. Death was behind them, peeping out."
~ Stevens:
"I've done all the work on this—I've supplied the goods. My price is set, a hundred thousand Earth dollars. What Andrias promised you is no concern of mine. The fact
is that, after I've taken my share, there's only ten thousand left. That's all you get!"
~ Andrias:
"If you had to kill him, it's no skin off my nose."
~ Dakin and Reed:
"Two large, ugly men in field-gray uniforms, emblazoned with the shooting-star insignia of Callisto's League police, came in, looking to Andrias for instructions."
~ The captain of the Cameroon:
". . . it strikes me that you may have lost more than your memory. Which side are
you on."
~ The nurse:
"How's your head . . .?"

Comment: Palace intrigue transferred to the High Frontier; nevertheless, a lot of fun.

References:
- "Muslini, or some such name": A reference to Benito Mussolini ("Il Duce"), the ambitious national socialist dictator of Italy who ended up shot to death and hanged from the rafters; see Wikipedia (HERE). 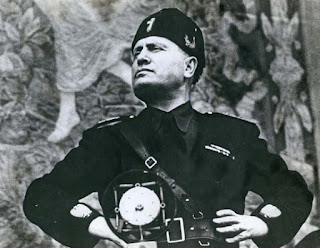 - "They'd made a prison planet of Callisto; had filled it with the worst scum of Earth.": As a venue for pulp SFF, Callisto, one of Jupiter's 79 known satellites, has long been a favorite. Here are stories that we've already featured which involve Callisto in some way: "Grandma Perkins and the Space Pirates" (HERE), "Daymare" (HERE), "Vanishing Act" (HERE), and "Stellar Showboat" (HERE).
- If you've never seen Mirage (1965), a film that also has a subtext of weapons of mass destruction, Wikipedia has a write-up (WARNING! SPOILERS! HERE). 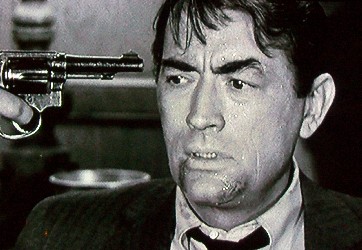 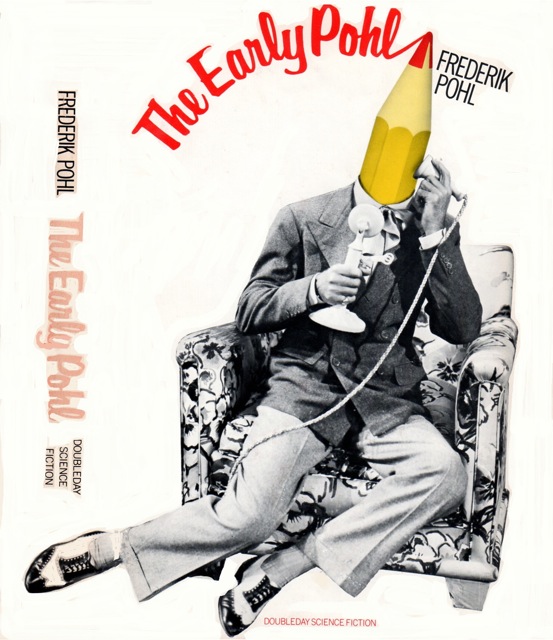