"He's the Man You're Going to Kill for Us"

IN SCIENCE FICTION/FANTASY circles the byline Robert Randall might be known to a few, but for most of us it just doesn't ring a bell; in fact, the name obscures two SFF writers who went on to greater fame and fortune: 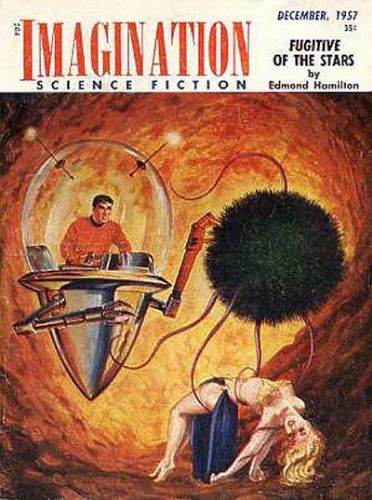 "They were a peaceful people and somehow couldn't stand the thought of executing their only criminal. The answer was to discover a — HERO FROM YESTERDAY."

Sometimes the right man for the job is the wrong one for everybody else . . .

Not really: A 20th-century .38 automatic pistol could not be described as "snubnosed."
Typo: "we went [want] to gauge". 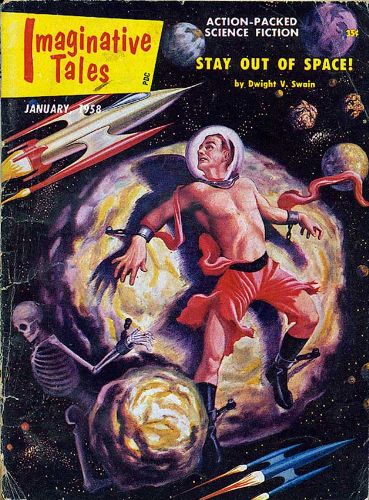 "These crimes were perfect—no clues, no fingerprints—no nothing. Even the police had no idea exactly how perfect they really were!"

No matter where they go, human beings are never far from temptation . . . 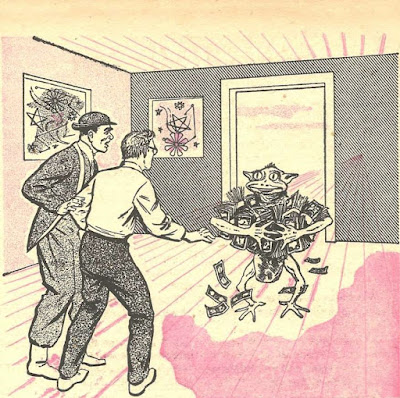 Resources:
- Several articles about the infamous gangster mentioned in "Hero from Yesterday" are available online: Wikipedia (HERE), History.com (HERE), and the FBI (HERE).
- Despite what the authors tell us in "Vanishing Act," the largest moon of Jupiter (in fact: HERE; in fiction: HERE) isn't Callisto (fact: HERE; fiction: HERE) but Ganymede (fact: HERE; fiction: HERE); and unlike the 1950s, these days it seems even more unlikely that Callisto is inhabited by "invisible pixies about two feet high, four arms, two legs, greenish-gray in color" — and you might as well forget about these folks:
- According to the SFE (HERE), "Vanishing Act" was the last collaboration between Robert Silverberg and Randall Garrett; see the ISFDb for separate bibliographic entries for Silverberg (HERE) and Garrett (HERE) and links to other websites.
- We last touched base with Garrett (HERE) and Silverberg (HERE). 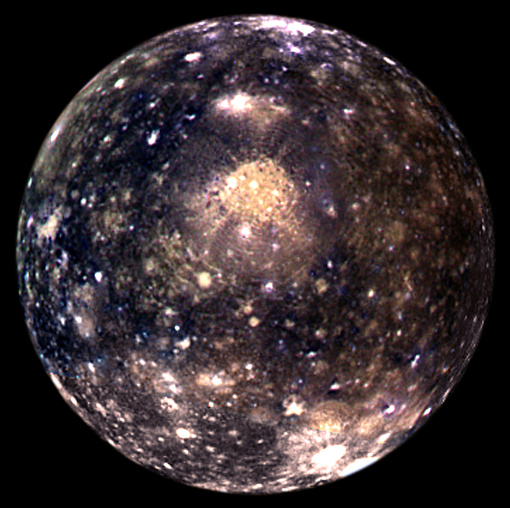