IF YOU ARE familiar with the term "biter bit" (if not, see "Resources" below), then you
might be able to guess how the next story will turn out . . .

~ ~ ~
"In his business fingers and nerves were everything—like with a piano player." 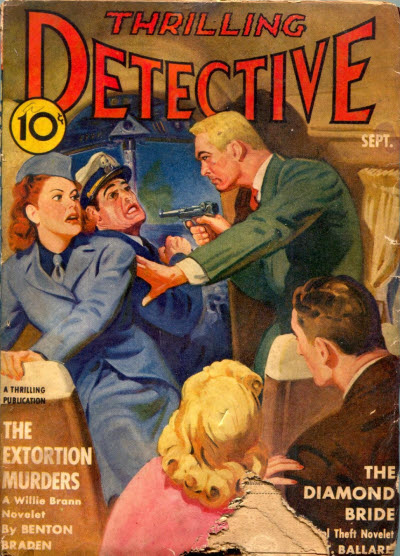 "Benny Warner Proves to Be Dumber Than His Victim!"

Have you ever been admonished not to jump to conclusions? Evidently whoever gave Benny that advice was wasting his breath . . .

Characters:
~ Benny Warner:
"You got nothing on me, copper."
~ Captain Hendricks:
"You're leaving by tomorrow night, Benny."
~ Detective Olsen:
"He told you who shot him? He was talking when you got here?"
~ Mr. Carson:
"It happened quickly. Carson's fists clenched, his mouth opened as if to yell."