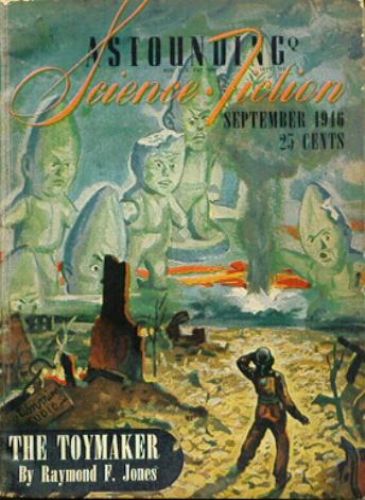 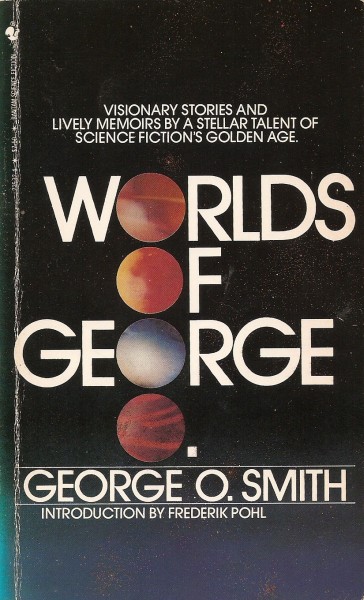 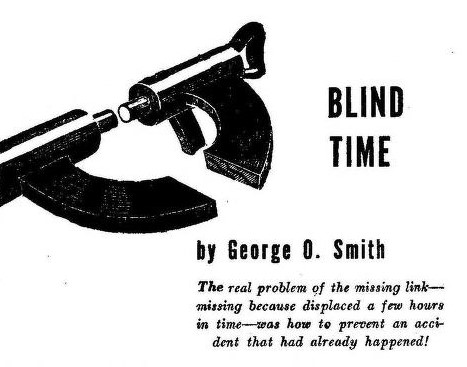 "It's blind time, and there is nothing we can do about it."

The men at the Oak Tool Works are having a problem with accidents—the same ones that they know with absolute certainty are going to happen . . . again . . .

Characters:
~ Edwin Porter, the President of Interplanetary Industrial Insurance (I.I.I.):
"Go prepared for anything from simple abrasion to loss of limb. I doubt the possibility of death, but—."
~ Peter Wright:
"There came a stabbing pain, and Peter whirled with a wordless scream. The shock was searing."
~ Joe Simpkins:
"Just try to hire men for a plant that can't be insured by your outfit. They'll ask a thousand credits a day."
~ Ben:
"It's the uncertain certainty—the wondering just which one of us gets caught in the certain accident." 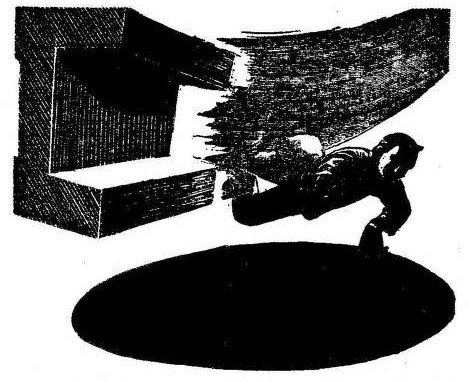 Resources:
- The usual sources have info about George Oliver Smith: Wikipedia (HERE), the SFE (HERE), and the ISFDb bibliography (HERE).
- Our story has an industrial background, where, believe it or not, accidents have been known to happen, which eventually require the involvement of an insurance claims adjuster (HERE; Wikipedia); a lot of industries like the one in the story call for the use of rivets (HERE; Wiki-pedia) installed with rivet guns (HERE; Wikipedia), as well as drills (HERE; Wikipedia) employ-ed in drilling (HERE; Wikipedia).
- It has been well over two years since we first considered some of Smith's fiction: "The Undetected" (HERE), a story of psi powers and a locked room murder. 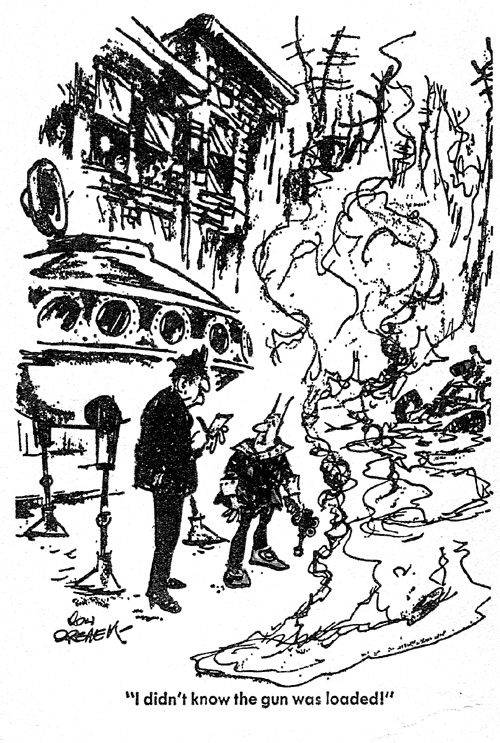