"He Fell Off a Cliff" 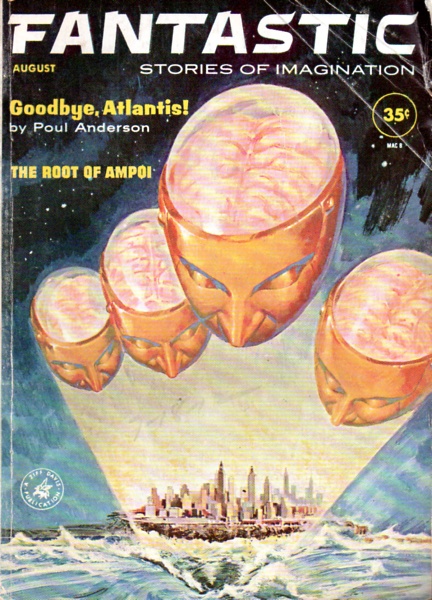 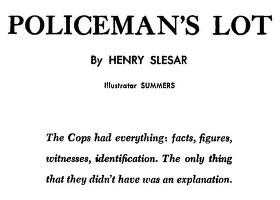 "As you'll see in my report, Saul Dexter is dead. I'll let the coroner decide why and how he died, but I don't think he'll know any more than I do."

Being a cop is seldom easy—and sometimes mind-blowing; take, for instance, how much more there is to an apparently innocuous indecent exposure case of a statistician employed by a small insurance company in San Diego . . .

- To judge from the story's title, it's obvious that our author was inspired by W. S. Gilbert's little ditty (PoemHunter.com HERE) from the comic opera, The Pirates of Penzance (1879; Wikipedia HERE and HERE):

When a felon's not engaged in his employment,
Or maturing his felonious little plans,
His capacity for innocent enjoyment
Is just as great as any honest man's.
Our feelings we with difficulty smother
When constabulary duty's to be done:
Ah, take one consideration with another,
A policeman's lot is not a happy one!

When the enterprising burglar isn't burgling,
When the cut-throat isn't occupied in crime,
He loves to hear the little brook a-gurgling,
And listen to the merry village chime.
When the coster's finished jumping on his mother,
He loves to lie a-basking in the sun:
Ah, take one consideration with another,
The policeman's lot is not a happy one! 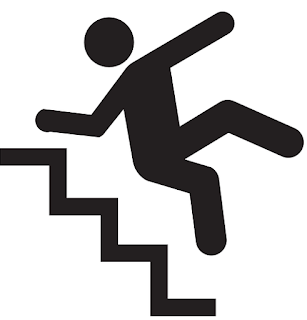