"A Story of Exceptional Merit" 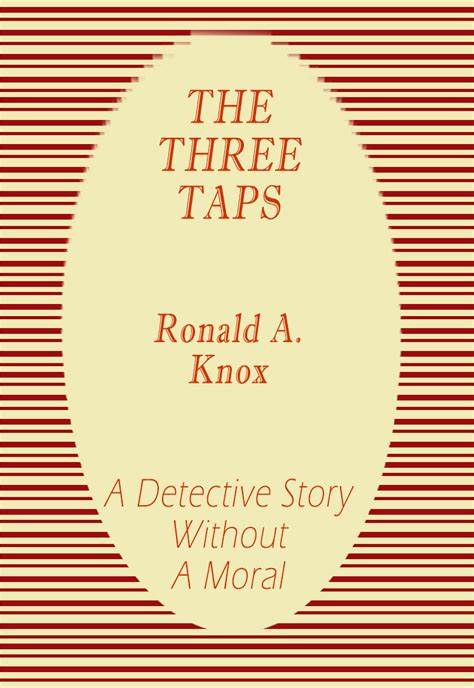 Critics of all eras agree THE THREE TAPS is worthwhile:

When we had finished Father Knox's ingenious and well written detective story, we could not help feeling that the best part of the book consists in the false clues which most readers will follow, at any rate for a chapter or two.

The solution is extraordinarily ingenious; but it assumes a kind of roguish slyness in one of the characters which we find it rather difficult to believe. Mottram seems too direct a person to design the curious plan with which Father Knox credits him, and in the execution of which he meets his death. Apart from this, however, no connoisseur of detective stories will find anything to complain of in "The Three Taps."

The scene in the village inn; the characters of the old schoolmaster, Pulteney; of Brinkman, the secretary; of Bredon, the detective from the insurance company, and of the police inspector are handled with real humour, and a quiet sense of human weakness and cleverness.

With Mrs. Bredon Father Knox is not quite so successful. She is a little too continuously bright, and is one of those maddening women whom all women readers will recognise at once as a bachelor's idea of what a good wife ought to be.

Ronald Knox was a noted wit so it’s not surprising that this novel is as strong on humour as it is on detection. For Knox the detective story was both a stimulating intellectual exercise and a great deal of fun. This novel combines the ingenious and intricate plotting of the golden age detective story with humour, and does so very successfully. — dfordoom, VINTAGE POP FICTIONS (November 28, 2013)

It’s a complicated matter, and a beautifully constructed one, with lots of clues mixed in with the red herrings, double bluffs, hidden motives and of course no one tells (all) the truth. The denouement is even more complicated, so far as to be unreal, but truth (and fate) certainly does fall in strange and unexpected ways, and so who am I to argue?

Besides the Euthanasia policy to confound the present-day reader, the matter also depends greatly (and quite naturally) on the gas taps in the dead man’s room: which of the three were on, and which were off, and when and why. For all except the last, or “why,” it would take a mathematician to follow the logic, but I plead guilty and admit that I fell asleep at the switch. — Steve Lewis, MYSTERY*FILE (8 February 2009) 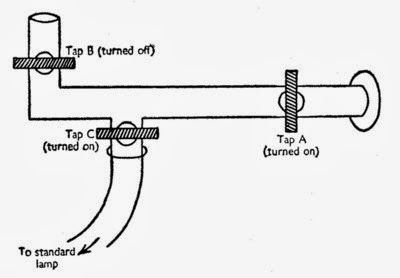 
The Three Taps is the first of the books to feature Miles Bredon. He is sent by his employer, the appropriately-named Incredible Insurance Company, to investigate the strange death of a Mr. Mottram who has taken out one of their so-called Euthanasia policies. Did he gas himself or was he gassed? It all hinges on the three gas pipes in his bedroom in the country inn where he was staying. Miles Bredon wants it to be suicide as then his employers would not have to pay out. His old wartime colleague, now Police Inspector Leyland feels it must be murder. The two of them, helped by Miles' wife Angela, happily puzzle out the problem together, unhampered, it seems, by any other police presence. They even have a private bet on the outcome. And the eventual conclusion is both ingenious and unexpected.

Bredon does a lot of questioning and observing: "He was fond, when he visited the scene of some crime or problem, of poking his way round the furniture, trying to pick up hints, from the books and the knick-knacks, about the character of the people he was dealing with." Then, during a long game of patience, inspiration suddenly struck and he was able to see "the whole thing in a new mental perspective." As he told his wife Angela, "I'm in the sort of stage where the great detective says, 'Good God, what a blind bat I have been!' As a matter of fact, I don't think I've been a blind bat at all; on the contrary, I think it'd dashed clever of me to have got hold of the thing now." And so it is.

Miles may affect a "happy vein of rather foolish good-fellowship," and wear a tweed suit that makes him "look like a good-natured sort of ass" (his wife's words) but it all seems to get results. He likes to think he's a strong, silent man, although, as Angela says, "A detective ought to be talking all the time. The ones in the books always are. Only what they say is entirely incomprehensible, both to the other people in the book and to the reader."

It is all rather dated ("By Gad, it's Leyland," he cried) but the chapters are encouragingly short and, even if the treatment of the police is less than convincing, the story still offers the intellectual challenges its author intended. — Philip Grosset, CLERICAL DETECTIVES ("Miles Bredon") 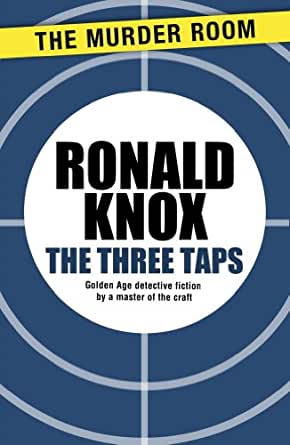