"Who Else Is There to Judge You Except Yourself?"

DOUBLE INDEMNITY, Wikipedia tells us, is . . .

". . . a clause or provision in a life insurance or accident policy whereby the company agrees to pay the stated multiple (i.e., double, triple, etc.) of the face amount in the contract in cases of death caused by accidental means. This includes murder by a person other than, and not in collusion with, the bene-ficiary of the insurance policy, and most accidental deaths. It excludes suicide, and deaths caused by the insured person's own gross negligence, as well as natural causes."

— which works just fine in the 21st century, but what about the 22nd or 23rd or . . .?
Experience shows a direct correlation between technological innovation (e.g., automobiles) and the expansion of civil laws (e.g., speed limits for cars) and criminal laws (e.g., prison time for hit-and-run), in light of which it seems our author, Robert Sheckley, has crafted a tale built around a piece of technology that, for the moment at least, exists only in the fertile imagina-tions of science fiction writers, but one which, if it ever does become a reality, will certainly generate its own unique set of legal sanctions.
A double indemnity clause in an insurance policy can be a blessing to those who deserve it, of course—but to those who don't deserve it, it can just as easily become an irresistible temptation. For instance, take the Sales Manager for the Alpro Manufacturing Company, a conniving conniver who knows—or thinks he knows—how to make himself look deserving
. . . 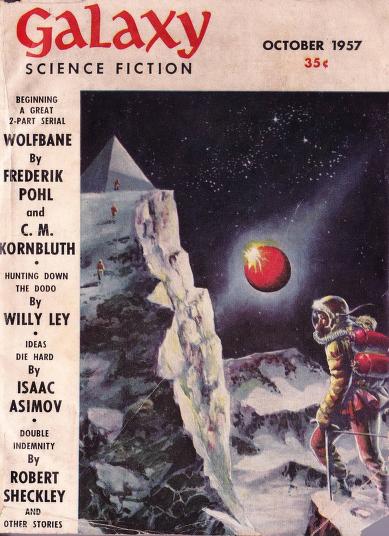 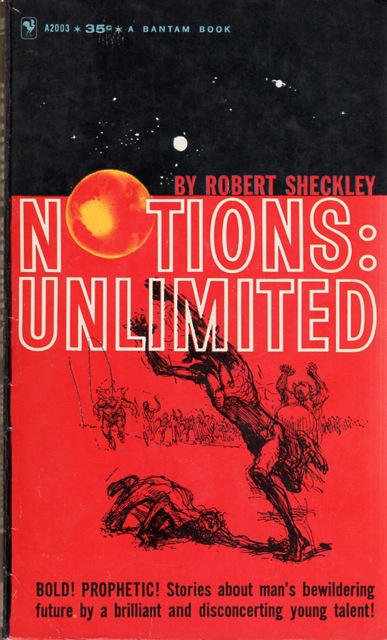 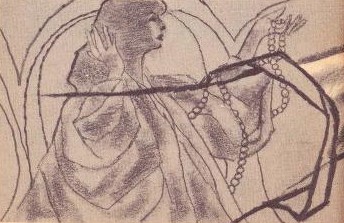 "To commit the flawless crime, all Barthold needed were centuries in which to plan and execute it — and an insurance policy . . ."

We don't know who Murphy was, but his "law" is well-nigh inescapable . . . 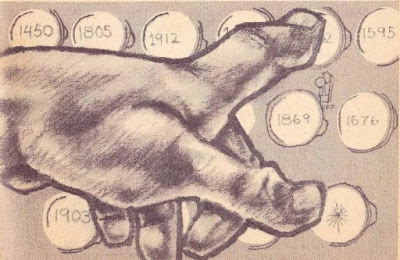 Major characters:
~ Everett Barthold, Sales Manager for the Alpro Manufacturing Company (Toys for All the Ages):
". . . didn't take out a life insurance policy casually."
~ Mavis Barthold:
"They'll lock you up and throw away the key."
~ Mr. Gryns, Regional Manager of the Inter-Temporal Insurance Corporation:
"The policy protects you over a distance of 1000 years on either side of the Present. But no further. The risks are too great." 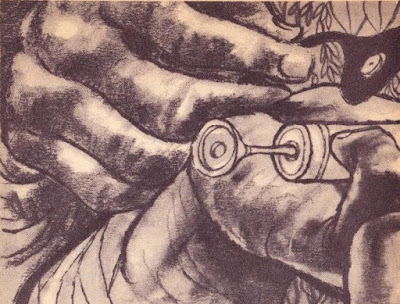 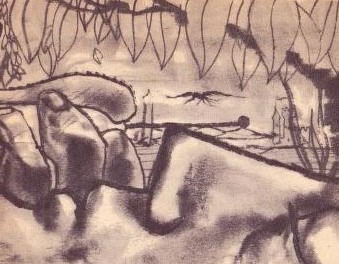 ~ Hans Baerthaler:
"He looked closer and noticed the blank, vacuous expression in the beggar's eyes, the slack jaw, the twisted, leering lips."
~ Thomas Barthal:
"The family resemblance was unmistakable."
~ Connor Lough mac Bairthre:
"I could be a baron with that money. A king, perhaps, in Ireland!" 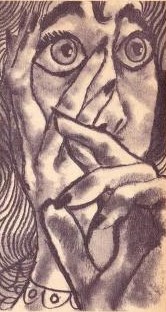 Resources:
- Today's political climate coupled with the inexorable passage of time makes it unlikely
that many, if any, will publicly criticize the post-Civil War Reconstruction era (1865-77);
see Wikipedia for an extensive article about the time period in which Barthold spends
several harrowing hours (HERE). 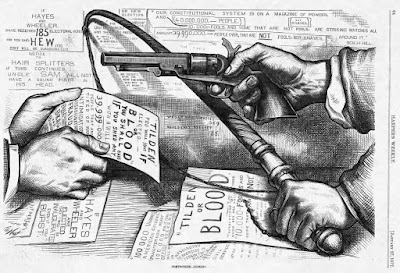 - The best insurance fraud movie yet to appear is probably Billy Wilder's generally acclaimed classic Double Indemnity (1944) (HERE; SPOILERS; Wikipedia), making us wonder if our author might have had it in mind; an entirely different approach to defrauding the insurance company was also a Billy Wilder product, the black comedy The Fortune Cookie (1966) (HERE; SPOILERS; Wikipedia). 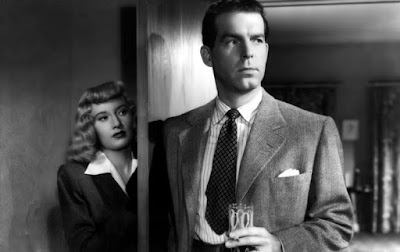 - Another time travel tale by Sheckley is "A Thief in Time" (HERE). 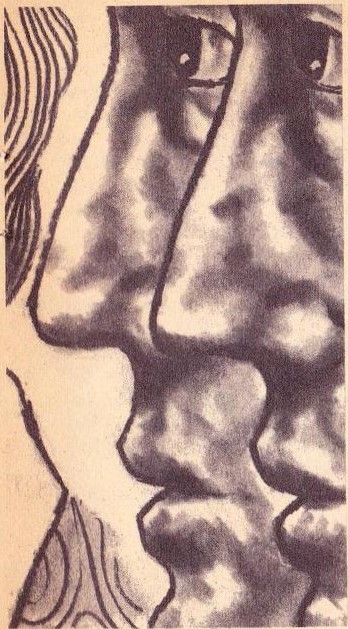