MELVILLE DAVISSON POST is remembered today in mysterydom primarily for two
of his series characters, the sternly righteous Uncle Abner and his polar opposite, the unscrupulous-bordering-on-scurrilous (most of the time) lawyer Randolph Mason (no
relation to Perry, as far as we know); but he had other continuing characters as well:
Sir Henry Marquis, who appeared in the high-paying slicks from before World War One
to the late '20s; Colonel Braxton, confined exclusively to The American Magazine in
the '20s; the Gallic police detective Monsieur Jonquelle; and today's sleuth, Walker
of the Secret Service. (All data above and below are from FictionMags.) 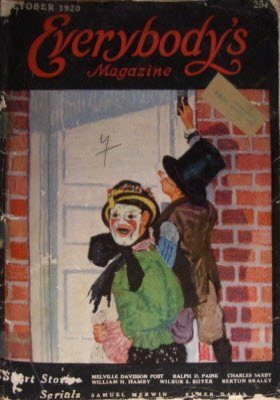 "The futility of human ingenuity in crime—this is the theme of the intense drama packed in these few words. The same unique quality of suspense and surprise as this story has marks Mr. Post's next, in an early number."

It looks for all the world like an open-and-shut case against Old Bill and Lying Louie, known criminals, who are standing trial for bank robbery and murder; even their defense counsel behaves at times as if they might be guilty. Actually, however, the cagey Colonel knows a lot more than he lets on, and with the help of two polka-dot handerkerchiefs he plans to catch the real killer . . .

Comment: Because of the shallow suspect pool, an experienced detective fiction reader might see the Big Reveal coming long before it happens, but half the fun is getting there, n'est–ce pas?
Further comment: The defense attorney's surname is never mentioned, being referred to
only as "Colonel."
Typo: "an old-fashoined civilization" 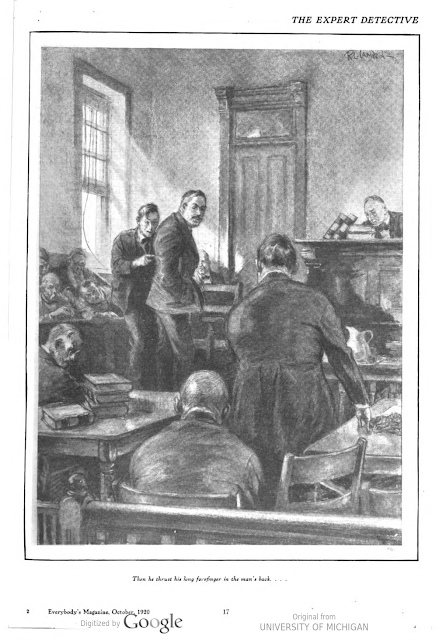 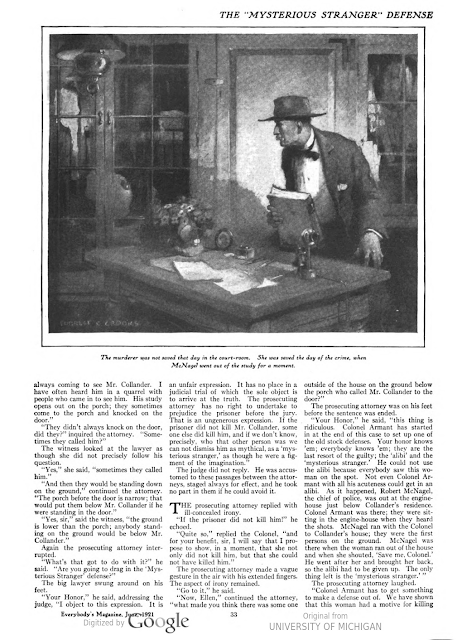 "A marked departure from the familiar detective story is Mr. Post's unraveling of this murder mystery. Here both the circumstances of the crime and its solution are masterfully presented together in the tense, hushed atmosphere of a crowded court-room by an attorney whose methods are none too ethical, but whose skill is extraordinary."

A young woman is accused of murdering an attorney with whom she is known to have had violent quarrels; in fact, the prosecutor believes that logically it can't be anyone else:

". . . it was not a 'mysterious stranger.' We have shown who it was. It was the person who had a motive to kill him, the opportunity to kill him, and who not only threatened to do it, but who had prepared a weapon with which to do it. Here are the elements that the law requires, time, place, opportunity, motive and conduct. Why, she as good as said it . . ."

. . . and he's absolutely right. The Colonel, her attorney, is going to be hard-pressed to mount an effective defense, especially because, while three shots were clearly heard, only two bullets were fired from the victim's gun, and not the slightest trace of a third bullet has been revealed anywhere at the crime scene . . .

Comment: The Colonel in this story is surnamed "Armant." 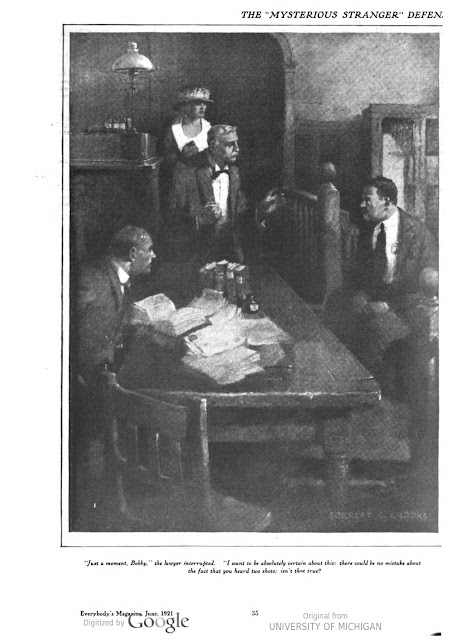 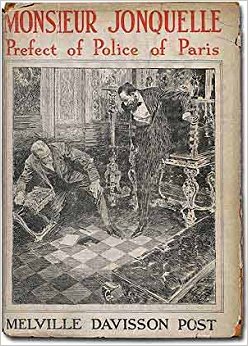 - Here's the TOC for Walker of the Secret Service from WorldCat (HERE); the cheapest copy we could find goes for $25.00:
"The Outlaw"
"The Holdup"
"The Bloodhounds"
"The Secret Agent"
"The Big Haul"
"The Passing of Mooney"
"The Diamond"
"The Expert Detective" (above)
"The 'Mysterious Stranger' Defense" (above)
"The Inspiration"
"The Girl in the Picture"
"The Menace"
"The Symbol" 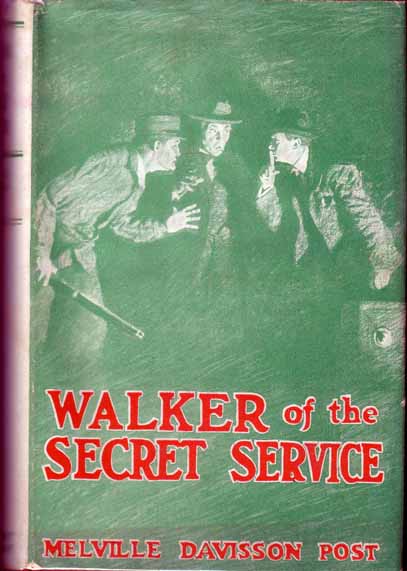 - Sir Henry Marquis's exploits were collected into The Sleuth of St. James's Square (1920), reviewed by Mary Reed (HERE) and online (HERE); Monsieur Jonquelle: Prefect of Police of Paris (1923) is also available as an e-book (HERE). 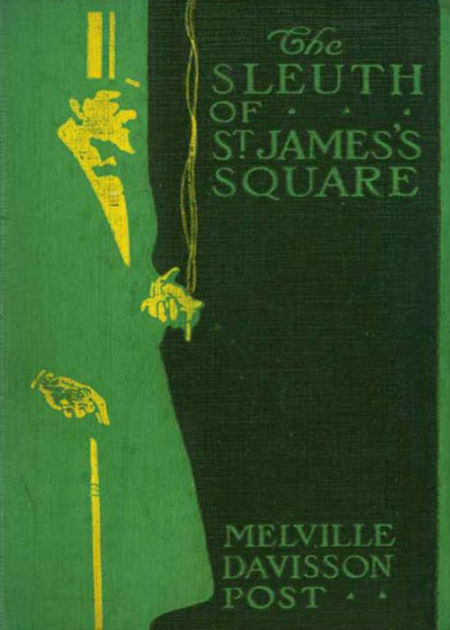 - While he was still alive, Post was profiled (HERE). (Warning: Numerous story SPOILERS):

"The book stalls have been filled to weariness with tales based upon plans whereby the detective or ferreting power of the State might be baffled. But, prodigious marvel! no writer has attempted to construct tales based upon plans whereby the punishing power of the
State might be baffled. Deducible from the preceding paragraph is the originality of Mr.
Post's inventions. . . . To write a series of detective stories wherein the criminal must go unpunished presupposes ability to differentiate between crime in the sense of social wrong and crime punishable by law. For law is not reason: not all wrongs, great though they may
be, are crimes."

The bottom line: "If we found a ticket to Disneyland would you think we should arrest Mickey Mouse?"
― Diane L. Randle
Posted by Mike Gray at 5:34 PM