"THE FIRST DETECTIVE," Ellery Queen informs us, "(although he was not called that,
since the word did not come into usage until the Nineteenth Century) made his debut
in the Apocryphal Scriptures. In The History of Bel Daniel solves a mystery . . ."; and
from the same group of writings, "In The History of Susanna Daniel becomes the
prototype of our modern legal sleuth." In the non-Apocryphal Bible text I Kings 3,
King Solomon also solves a mystery concerning a child's parentage, for which some
are willing to endue the monarch with Holmesian detectival percipience, but given
the culture of the time and the methods used, the author of the following article isn't
so sure that's accurate. 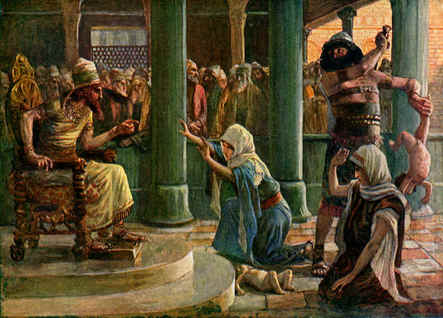 "I will argue that the fair-play rule is not observed in I Kings 3, and, more importantly, that the social function of this biblical narrative is based more on the portrayal of Solomon as a detective hero than on the presence of any formal traits typical of the genre. Here I will be clearly at odds with critics like Winks, who are willing to entertain the possibility that detective stories might be present in texts like the Bible, but still insist that they do not contain detectives."

WHEN WE THINK about detectives and how they operate, we usually picture Sherlock Holmes with his magnifying glass or Mike Hammer with his fists; however, one of the

wisest people portrayed in the Bible utilized methods of resolving a conundrum that are
at variance with such methods:

"Solomon is what might be called a 'detective of human nature,' as opposed to a 'hero of scientism' like Sherlock Holmes, or a divinely driven interrogator like Daniel. Human nature detectives, among whom should be included Dickens' Inspector Bucket and Collins' Sergeant Cuff, solve crimes by attending to the apparently unfathomable behavior of human beings, ultimately showing that human nature need not remain an unsolvable riddle, at least for those who possess godlike wisdom. That this might also be a basic message of the judgment story takes on added significance when one considers that a number of scholars have recently described human character in the Bible as mysterious, impenetrable, or undecidable."

1. The Facts of the Case and Available Evidence

"Clearly, it is inappropriate to apply the fair-play rule to I Kings 3, as does Sternberg, who claims that 'the two detectives [Solomon and the reader] must weigh the same evidence by the same lifelike standards.' Leaving aside the issue of whether detective fiction ever gives more than the appearance of fair play with the reader, it is apparent that Solomon has more evidence and investigative options at his disposal." . . .
"In any event, Solomon's failure to examine obviously relevant evidence shows that his judicial wisdom must be anything but what McKane supposes it to be, namely, 'skill in sifting the evidence.' The king also makes no attempt to locate either unnoticed fact-witnesses or character-witnesses."

2. The Judgment Story and Modern Detective Fiction as Responses to Urban Cognitive Anxiety

"The fact that Solomon shows no interest in physical evidence or additional witnesses implies that these factors cannot, in themselves, resolve difficult cases. Clues derived from these sources, as well as the verbal testimony available to the reader, remain inconclusive if the investigator does not already know the true characters of those involved. Many biblical texts also recognize that evidence and witness-testimony can be manipulated to make investigators reach erroneous and unjust conclusions [such as the attempted murder of Joseph]." . . .
"Anxiety over one's vulnerability to betrayal by 'brothers and neighbors' is also discernible in modern detective fiction. As Knight points out, seven of the first twelve Sherlock Holmes stories focus on breaches of fidelity and a failure to respect the rights of others. Even more significant is the fact that deception is often practiced by members of one's own family, particularly fathers, husbands, and fiances. In many of these cases no 'actionable' crime ever occurs, as Holmes himself points out to Dr. Watson. Such acts of deceit and betrayal may have devastating or even fatal effects on those whose trust is abused, but, as biblical law also recognizes, they are not the kind of 'crimes against the state' which are punishable by society as a corporate entity. 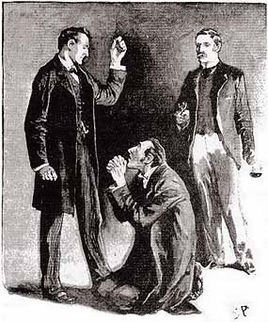 "Finally, even some of the most common conventions of the classical detective story assume that ordinary people cannot detect the malefactors in their midst. This is most clear with the 'least likely person' rule. The fact that the criminal can turn out to be the person considered least likely by both reader and others in the text, means that ordinary cognitive powers cannot distinguish between an evildoer and his total opposite."

3. Solomon as a Detective of Human Nature

A. Solomon and Modern Detective Heroes

"While many modern fictional detectives rely on logical analysis and the examination of seemingly trivial details to discover the truth, most of the famous detective heroes of the nineteenth century do use their insight into the human heart to solve the riddle of crime. Thus, Poe's Dupin boasts that 'most men, in respect of himself, wore windows in their bosoms.' Similarly, Dickens' Bucket can 'dip down to the bottom' of a person's mind in a moment, while one of Sherlock Holmes' prospective clients tells him that she has heard
that he 'can see deeply into the manifold wickedness of the human heart'."

B. Solomon and Daniel as Detective Heroes

"At the same time, Daniel's procedure differs from Solomon's in several crucial ways. Unlike Solomon, Daniel does not trick the complainants into voicing their true feelings in order to unmask their true character; he merely trips them up over a detail. His technique does not function equivalently to God's insight into the human heart." 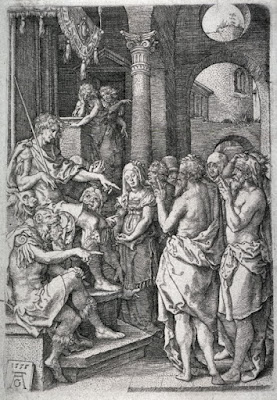 4. Ideology and the Social Function of the Judgment Story

"If the judgment story leads the reader to challenge prevailing assumptions about human cognition, the new perspective it fosters merely reconfirms that human nature is stable and knowable. In this it agrees with the classical detective story. Admittedly, Callois overstates his case when he proclaims that, unlike the novel genre, detective fiction 'would abolish human nature altogether if it could.' Cawelti is closer to the mark when he contrasts novels which intensify 'the inexhaustible mystery of human ... character,' to detective stories, in which the detective's explanation 'is precisely a denial of mystery and a revelation that human motivation and action can be exactly specified and understood'." 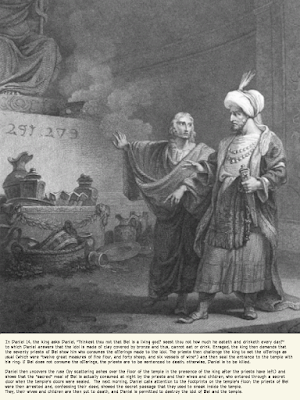 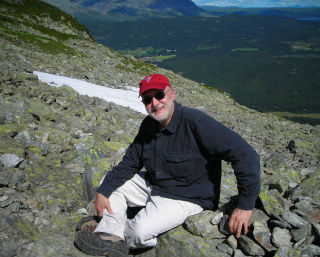 The bottom line: "The heart is deceitful above all things, and desperately wicked: who can know it?"
— Jeremiah
Posted by Mike Gray at 9:11 AM