". . . we were pals until—well, until a certain girl stepped between us." 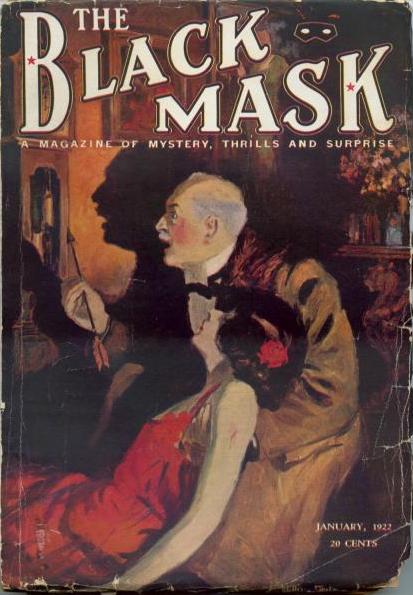 "The face of the dead man wore a sardonic, twisted grin as if in appreciation of the grim jest in which fate had given him the stellar role."

Three men competing for a woman's affections, and one of them is more than willing to kill the other two . . .


Comment (from the Pulpgen editors): "Although not a bad story, this could have appeared in just about any magazine of the time and is not truly indicative of what Black Mask was to become in the next couple of years."
~ ~ ~

"The police would think the robbery the work of a professional." 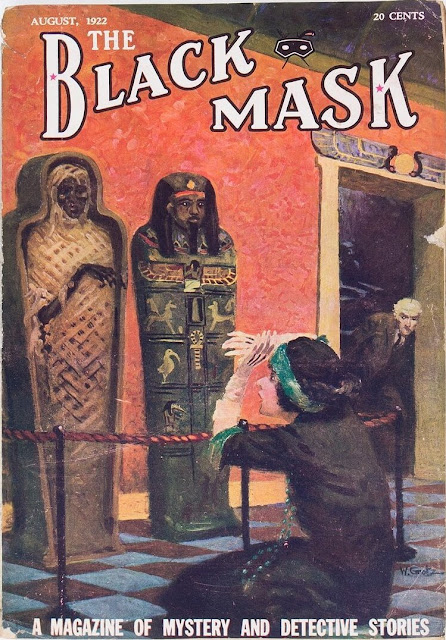 "A bullet sped past his head and flattened itself against the vault door!"

Over the course of twenty-seven years and the eighteen thousand, seven hundred and twenty times he has crossed the threshold of Carney & Kirk, Amos Duncan has come to feel it's time for some recognition, and if he can't get it from the firm then perhaps he can earn it from his wife—even if it means picking up a gun . . .

Comment: Ealing Studios took much the same character motivation of the underappreciated corporate drone (but not this story) and produced a classic crime-comedy film (HERE).

Resources:
- The listing in FictionMags for Harold Ward indicates that he specialized in crime fiction pulp, turning out many, many short stories over a twenty-year period, over two dozen of them for The Black Mask; the ISFDb (HERE) credits him with some SFF tales, as well.
Posted by Mike Gray at 10:58 AM