PHILO VANCE, the product of Willard Huntington Wright's (S. S. Van Dine's) feverish imagination, may never make a comeback in any form, but eight decades ago he was wildly popular. The question before us is, how did this situation come about? It might help if we check on what Vance's creator had in mind for not only his sleuth in particular but also detective fiction in general, and the place to start is Van Dine's first shot across the bow,
so to speak, declaring his intentions: 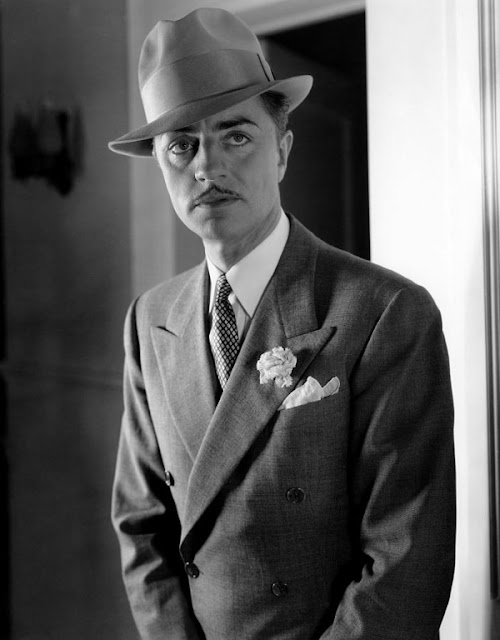 Although a high-brow aesthete, Wright/Van Dine tells us that even in his world detective fiction is a possibility:

"Of these four kinds of literary entertainment the detective novel is the youngest, the most complicated, the most difficult of construction, and the most distinct. It is, in fact, almost sui generis, and, except in its more general structural characteristics, has little in common with its fellows—the romantic, the adventurous, and the mystery novel. In one sense, to be sure, it is a highly specialized offshoot of the last named; but the relationship is far more distant than the average reader imagines.  . . .  If we are to understand the unique place held in modern letters by the detective novel, we must first endeavor to determine its peculiar appeal; for this appeal is fundamentally unrelated to that of any other variety of fictional entertainment."

For detective fiction to find a place in his aesthetic, however, would require it to be subjected to systemization, and that typically means attempting to impose rules on the unruly: 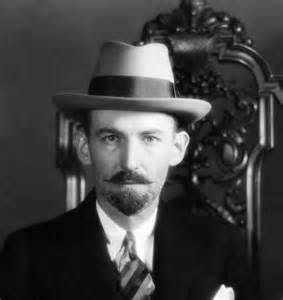 "Of course"—you won't be surprised to learn—"Van Dine felt compelled to share with the world at large his rules for writing detective fiction . . .":

"The detective story is a game. It is more—it is a sporting event. And the author must play fair with the reader. He can no more resort to trickeries
and deceptions and still retain his honesty than if he cheated in a bridge  game. He must outwit the reader, and hold the reader's interest, through sheer ingenuity. For the writing of detective stories there are very definite laws—unwritten, perhaps, but none the less binding: and every respectable and self-respecting concocter of literary mysteries lives up to them. Here-
with, then, is a sort of Credo, based partly on the practice of all the great writers of stories, and partly on the promptings of the honest author's
inner conscience. . ."

The major problem for anyone who would establish rules, though, is practicing what they preach, and not even Van Dine could always pull that off; still, he deserves credit for trying: 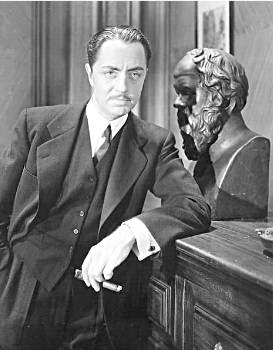 In his younger days, Davis informs us, Wright loathed the genre that would make him fabulously wealthy:

". . . he [Wright] seems to have justified his condescending to the detective novel in the first paragraphs of his Scribner's article in saying that different standards apply to different genres. To try to apply the standards of Parsifal to The Mikado, or of Michelangelo to Degas, is unjust. 'In fact,' he wrote, 'they are unable to fulfill each other's function; and the reader who, at different times, can enjoy both without intellectual conflict, can never substitute the one for the other.' Perhaps this is merely the rationalization of a man whose own literary novel and short stories hadn't been notable successes and who had written viciously about mystery fiction in his youth. His ambiguity about his path in life is captured in the title of his article 'I Used to Be a Highbrow and Look at Me Now,' mentioned in the preface of his posthumous novel, The Winter Murder Case. His embarrassment over his success as Van Dine contrib-uted to his penchant for drink, but Philo Vance was providing too good a living to reject him."

As for his maxims:

"[Wright's 'Twenty Rules' are] considered by some mystery afficionados to be a classic, but it reveals exactly how much the fictional detective has changed since then. About the time Wright was codifying the elements of the mystery, Black Mask writers such as Carroll John Daly and Dashiell Hammett were finding a new path. As the interwar period continued, Philo Vance began to seem like a privileged and affected fancy-pants of a bygone era."

As a consequence of those rules, it seems we must inevitably come again to the perpetually vexed question of not only what constitutes realism in fiction . . .

"Curiously, Wright distinguished the detective novel from other literature by its reliance on verisimilitude, the very thing he was attacked for. 'A sense of reality,' he wrote, 'is essential to the detective novel.' The reality he seeks, however, is the reality of the physical world.  . . .  In the detective story, the world must be as our familiar world is, or it is impossible to draw conclusions based on the evidence."

. . . but also just how "realistic" detective fiction should be:

"All in all, Wright's way of looking at the detective story was as a crossword puzzle: rigorous in its methodology and structure but serious only to that extent. Those who, like Chandler or the many practitioners of contemporary noir, attempt to raise the detective story to the realm of—for lack of a better term—'literature' are, quite naturally, offended by this point of view and ridicule the Philo Vance novels.  . . .  In the arts, each generation thinks it is more realistic than the previous, which seems merely comical." 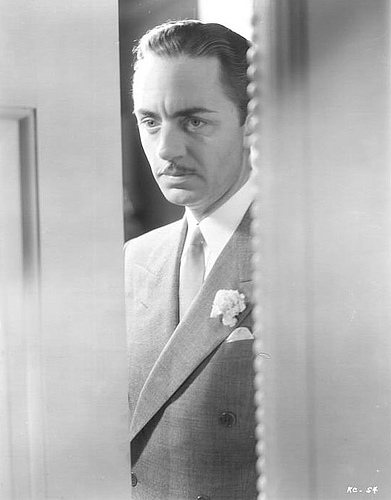 Resources:
- According to the description in Wikipedia (HERE):

"Literary realism, in contrast to idealism, attempts to represent familiar things as they are. Realist authors chose to depict everyday and banal activities and experiences, instead of using a romanticized or similarly
stylized presentation"—which, it seems to us, automatically eliminates
any form of detective fiction from that category.

- Michael Grost, on his megasite (HERE), has a large and well-reasoned page devoted
to how realism and detective stories have interacted over time.
- We previously covered some of this same ground (HERE).
Posted by Mike Gray at 9:12 AM