"Green Was the Danger Colour" "What Boadicea did and—and Samson, so have I. If they were heroes, so am I."

Freeman Wills Crofts's Inspector French based his detective career on railroad time-tables, since determining where a suspect was (or wasn't) could make or break an alibi. In our story, the fact that a train has been consistently detained at the same time and on the same day of the week will prove crucial in explaining how a blue ribbon railway crash wasn't an accident or the result of human error, as everyone supposes, but a deliberate act of cold-blooded murder . . .

Major characters:
~ Max Carrados:
"It is very unpleasant being hanged on a dark winter morning; very cold, very friendless, very inhuman. The long trial, the solitude and the confinement, the thoughts of the long sleepless night before, the hangman and the pinioning and the noosing of the rope, are
apt to prey on the imagination. Only a very stupid man can take hanging easily."
~ Louis Carlyle:
"Here we are and I know nothing, absolutely nothing, of the whole affair."
~ Parkinson:
". . . was kept busy that journey describing what he saw at various points between Lambeth Bridge and Knight's Cross. For a quarter of a mile Carrados's demands on the eyes and the memory of his remarkable servant were wide and incessant. Then his questions ceased. They had passed the 'stop' signal, east of Knight's Cross Station."
~ Mr. Ghoosh:
"He had said that he could not sleep on any other side. She had had to turn out of her own room to accommodate him, but if one kept an apartment-house one had to be adaptable; and Mr. Ghoosh was certainly very liberal in his ideas."
~ Mead:
"The heavy train was in the wrong. But was the engine-driver responsible? He claimed,
and he claimed vehemently from the first and he never varied one iota, that he had a 'clear' signal—that is to say, the green light, it being dark."
~ Hutchins:
"The signalman concerned was equally dogged that he never pulled off the signal—that it was at 'danger' when the accident happened and that it had been for five minutes before. Obviously, they could not both be right."
~ Margaret Hutchins:
"'Here is a gentleman to see you, father,' explained Miss Hutchins, who had come to the door. She divined the relative positions of the two visitors at a glance."
~ Miss Chubb:
". . . replied that she quite understood. Some gentlemen, she added, had their requirements, others their fancies. She endeavoured to suit all. The bedroom she had in view from the first did face north. She would not have known, only the last gentleman, curiously enough, had made the same request." 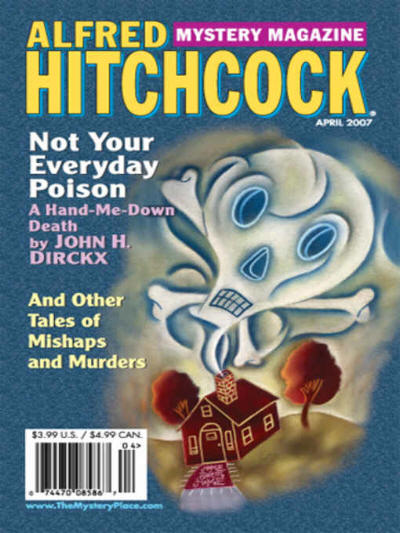 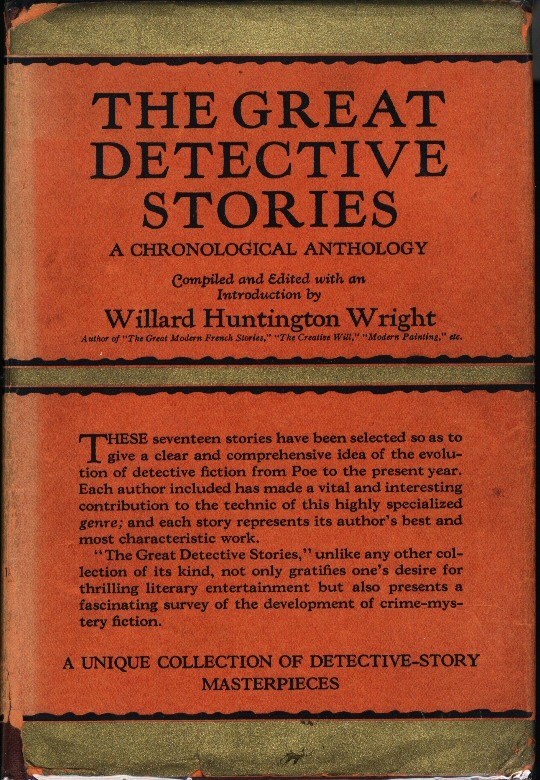 Resources:
- In terms of wit and literary skill, Ernest Brammah Smith had much more than the average scribe of his time period; even better, he could plot well. Although his Kai Lung adventures drew many readers, he's largely remembered for his Max Carrados stories (Wikipedia summary, HERE), 19 of which he produced between 1913 and 1927, seven of them subse-quently seeing reprintings in AHMM and EQMM; see the laudatory biographical sketch of Bramah at PulpFlakes (HERE), the Wikipedia article (HERE), the SFE (HERE), the ISFDb bibliography (HERE), and David Langford's splendid article in which he catalogs Carrados's capabilities:

"The tales of Max Carrados lie squarely in the classic English detective tradition, told in plain though polished prose . . . [Bramah's collections]
are full of pleasant things, if you can swallow the perverse idea of a
consulting detective – one of the profession whose badge is the Holmes magnifying glass – being blind. Though equipped with a keen observer
in the perfect manservant Parkinson, Carrados does not merely sit around deducing: he makes his own observations with ears, nose and fingertips. . . Carrados normally maintains an unbroken flow of smooth talk, especially
when being menaced or kidnapped, and many of the little deductive treats
he offers his acquaintances are plausibly implausible in the genuine Holmes manner . . . [He also] unseeingly penetrates disguises, detecting false mous-taches at five yards' range by the pong of spirit gum; smells the anaesthetic from a drugged posy placed momentarily on the ground, out in the open,
two weeks previously; and with sensitive fingers observes not merely that
an 'ancient' coin is forged but that the forgery carries the unmistakable stylistic marks of Pietro Stelli of Padua. . . . Some of the charm of these
stories lies in the less magical uses of Carrados's blindness. It's vaguely pleasing when, as so often happens, his skills lead to his being taken for a sighted man until the moment of revelation. It's a useful disability, too: a
blind investigator has the perfect excuse for wandering 'accidentally' into private gardens, blundering into darkrooms, and the like – and when the
lights go out he has the upper hand at once. . . ."
— David Langford, "Ernest Bramah: Crime and Chinoiserie" (1991) (HERE) 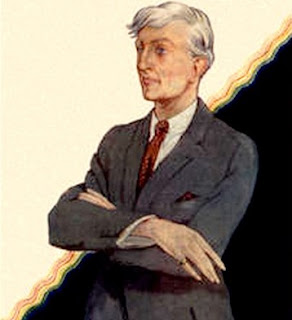 - Success attracts imitators; one such was John Dyce, another blind detective (HERE). 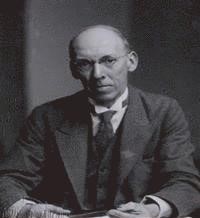