NICHOLAS ZOOK seems destined to be at or very near the bottom of anyone's list, whether it be for crime fiction or Christmas cards. We can find no biographical information about this author, who evidently eschewed using series characters, although the fine researchers at FictionMags have managed to track down eight stories by him (or her):


Pulpgen has reprinted three of them, and here they are.
~ ~ ~
"My only chance was to break down the alibi." 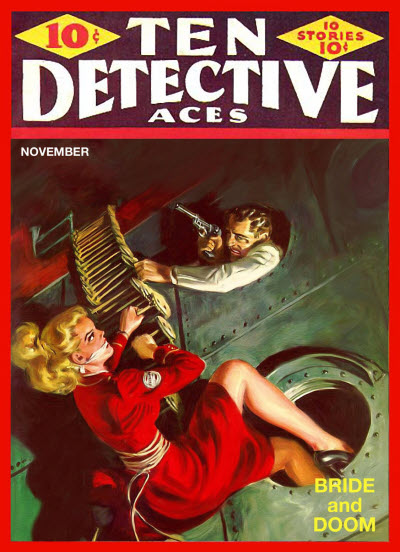 "Five thousand dollars I paid them and look what they did to me."

A criminal's worst enemy frequently turns out to be himself, as the police detective (our narrator) tells us:

"Some of the tricks that criminals pull have long led me to believe most thieves and murderers are stupid or careless. Of course, there are some bright ones, and I’ll even admit the perfect murder is not only possible but has been recorded many times in reports of unsolved-crimes. In my years with the department I’ve seen many silly blunders. Often the only thread by which we catch a criminal is the one he made himself of his own stupidity or careless-ness."

When it comes to an expert at such "silly blunders," you could have consulted Eric Bligh while he was still with us and available for comment—up until, that is, his final date with
Old Sparky . . .

~ ~ ~
"Everything happened on Flanagan's beat—he really needed a fortuneteller to keep him straight. And then he ran into a horoscope artist who knew more about murder than he did about the stars." 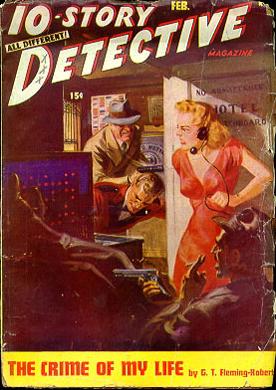 "A fat lot of good you are on the beat. A man is murdered and you let the murderer slip through your fingers."

Between a drug-smuggling ring running loose on his beat, allowing a killer to run away
from him, and assaulting a feeble old man without a probable cause, a young foot patrol
cop is heading for the traffic division—if he's lucky. When salvation comes, it arrives in
the unexpected form of hands, hands that were "long, white and smooth, with freshly
trimmed nails. They looked just like what they were, a gambler’s hands that hadn’t seen
work in years. . . ."

~ ~ ~
"We stopped for a red light. In the rearview mirror I spotted the blue uniform of a cop, walking our way. Then the idea hit me."

"Luck of the Irisher."
By Nicholas Zook (?-?).
First appearance: Popular Detective, March 1952.
Short short short story (4 pages, 1 illo).
Online at The Luminist Archives (HERE; it will be necessary to download the entire issue; go down to text page 101). 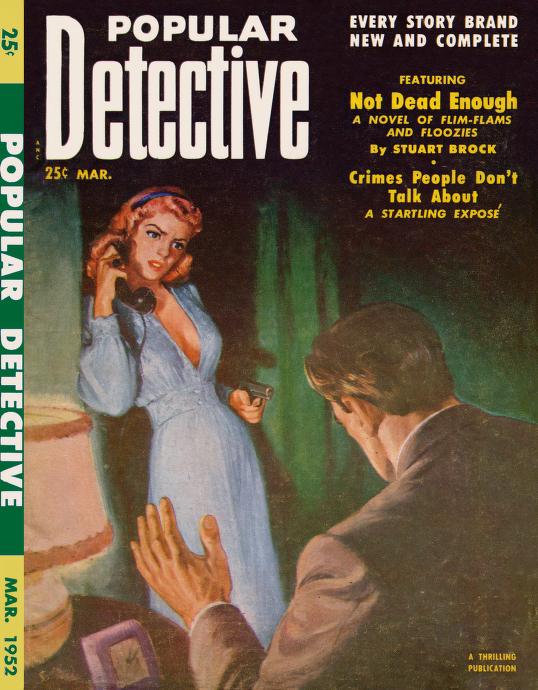 "Casually he stuffed the bottle in a paper bag and just as casually put the leather money bag in with it. 'Pay me some other time,' he said. I took the package with hands that trembled slightly."

As counterintuitive as it seems, damaging your car can save your life . . . 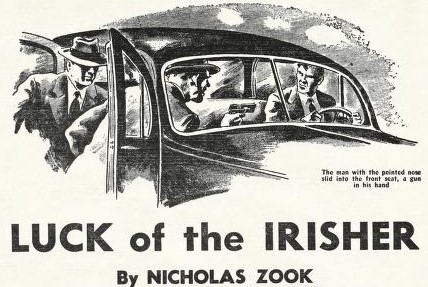