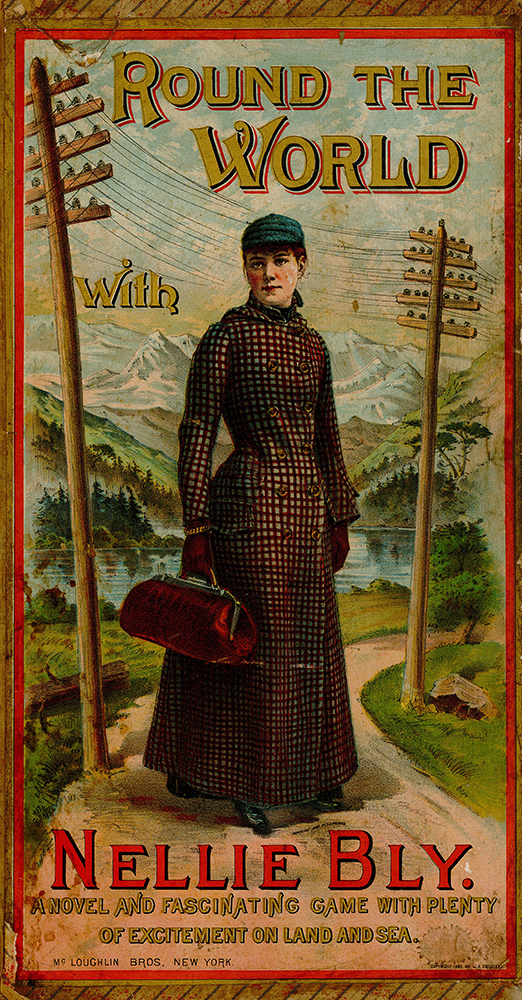 "The device of using women reporters as detectives appeared early in the rise of the mystery . . ."

If you broadly define the term "reporter" (anyone who describes events), then "reporters" have been in modern detective fiction from the genre's start:

"Almost from the beginnings of the modern mystery, fictional reporters have been used to provide a character whose occupation can put him or her in proximity to crime, offering a motivation and compulsion to dig up the hidden facts and the pretense to knock on doors and butt into other people's busi-ness. In a sense, Watson and the unnamed narrator of Poe's mystery stories function like reporters with exclusive access to Holmes and Dupin."

But it wasn't until decades later that female "reporters" (narrowly defined as individuals working for news organizations) invaded mystery fiction in a big way:

"Baroness Orczy, most known today for having written The Scarlet Pim-pernel, began a series of mystery stories in 1901 featuring an unnamed armchair detective who irascibly deduces the solutions to difficult crimes in a London tea shop. In the first story, he sits uninvited at the table of Mary 'Polly' Burton, is described as 'a personality' and a 'member of that illustrious and world-famed organization known as the British Press,' and explains a crime that has—you guessed it—baffled the police. In the stories that follow, Polly returns to hear the solutions to more baffling crimes and serves as his 'Watson' in her newspaper."

One character from 1928 underwent a sex change twelve years later:

"Immediately one thinks how easy it was to add some romantic spice to Ben Hecht and Charles MacArthur's 1928 play The Front Page by casting the male character of Hildy Johnson with Rosalind Russell in the 1940 adaptation, His Girl Friday."

But Hildy wasn't the only one who switched gender; there was this blonde ball of fire who became a 1930s Tinseltown favorite, at least for a time:

"Torchy Blane was a creation of Hollywood but was hugely popular before World War II. [S/he was invented by] Frederick Nebel (1903-67), a friend of Dashiell Hammett and a very productive pulp writer . . . He created a detective, Captain Steve MacBride, with a drunkard newspaper friend, Kennedy. Warner Brothers, which had evolved into the studio of edgy crime stories, bought the rights, and, as Hollywood does, made one small change, turning Kennedy into the best reporter in the city, a sexy, wisecracking blonde in love with Mac-Bride, Torchy Blane. Nebel didn't care, as long as he didn't have to write for the movies. He took the money and had nothing to do with the movie series that followed."

The celluloid female reporter seems to have dropped out of sight since the '40s, but she's still very much alive in written fiction:

"After the war, the wisecracking, plucky girl reporter might have begun to seem quaint, but the character proved as persistent as she was in the stories. There is certainly no loss of women reporters solving mysteries, right up to the present. Detecting Women 2 (1996), a directory of female detectives created by women authors, lists thirty-four newspaper reporter series and four 'one-offs,' mostly of the 1980s and 1990s, not counting the radio, television, mag-azine, and photographic journalists. Nothing has changed in the last twenty years except the addition of a few blogging detectives. The character type has gone international, and the examples are legion." 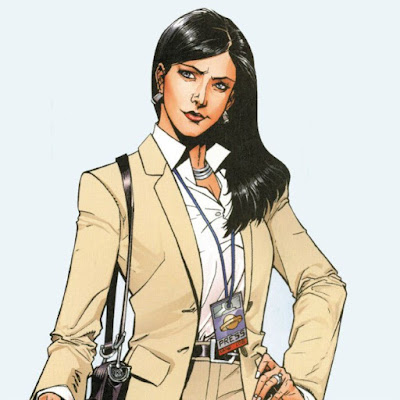 Resources:
- Our author covers a lot of ground in his brief article; here are some links related to female detective-reporters: 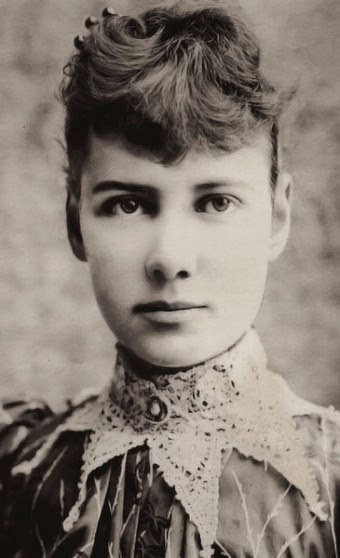 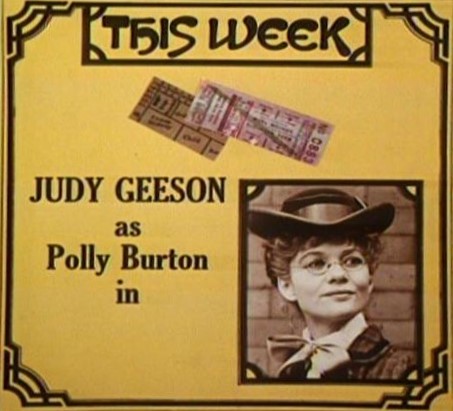 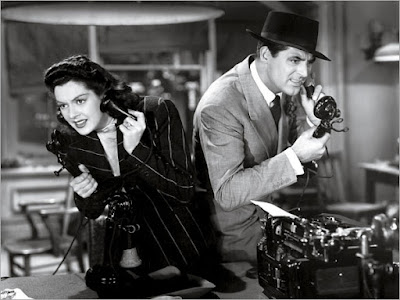 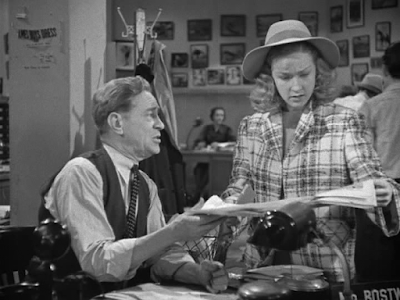 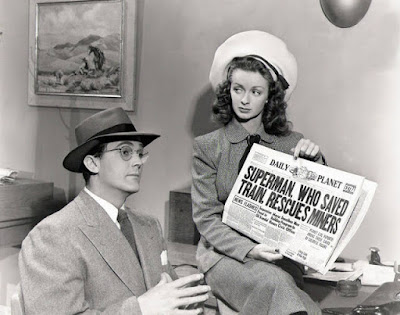 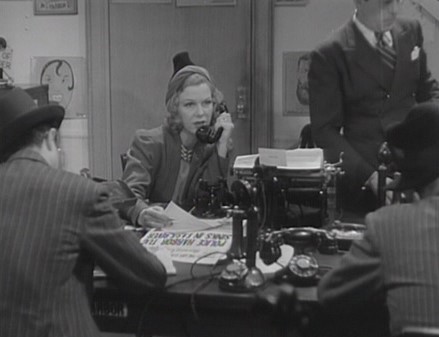 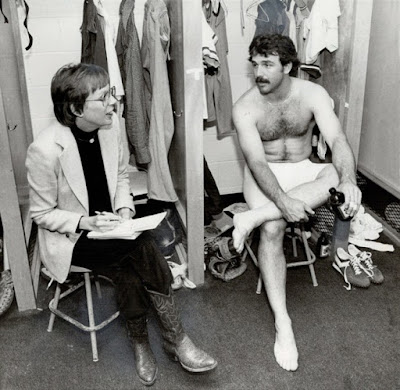 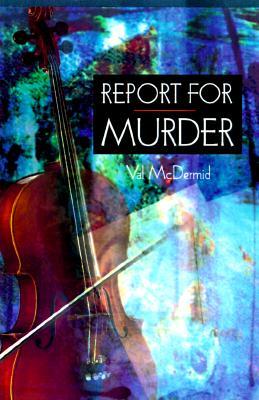 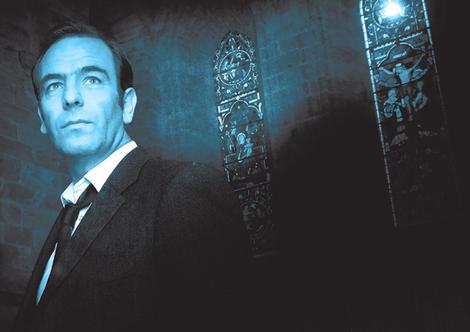 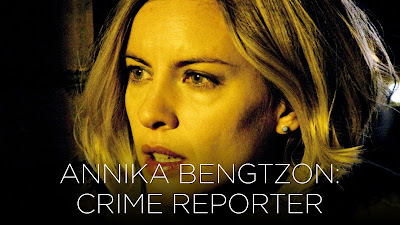 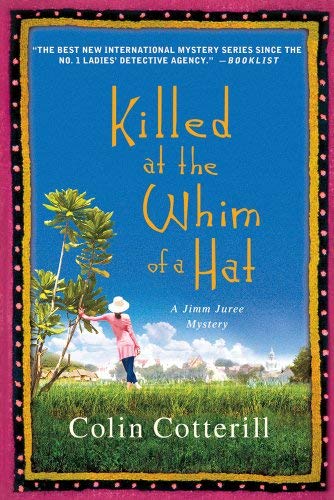 - Many film lovers, including our author, seem to regard the movie Private Detective (1939) with Jane Wyman and Dick Foran as a Torchy Blane entry, even though Wyman's character is named Myrna "Jinx" Winslow. Timing in at 55 minutes, the film not only zips along but it's also that rarest of Hollywood products, an actual whodunit. Watch the movie before you go (HERE) and (HERE), where there be SPOILERS. The original film trailer is at TCM (HERE; 52 seconds). 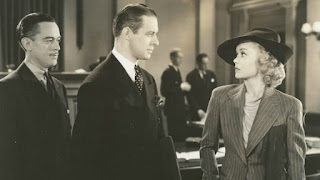