"It Was, I Think, the Cleverest Scheme I Have Ever Come Across"

RONALD STANDISH, the less vigorous and more cerebral creation of Bulldog Drummond originator "Sapper," first appeared in 1923 (we think), with his swansong being in "Sapper's" final Ronald Standish collection in 1936, a year before the author's decease; the action in today's story centers on and revolves around a murder in . . . 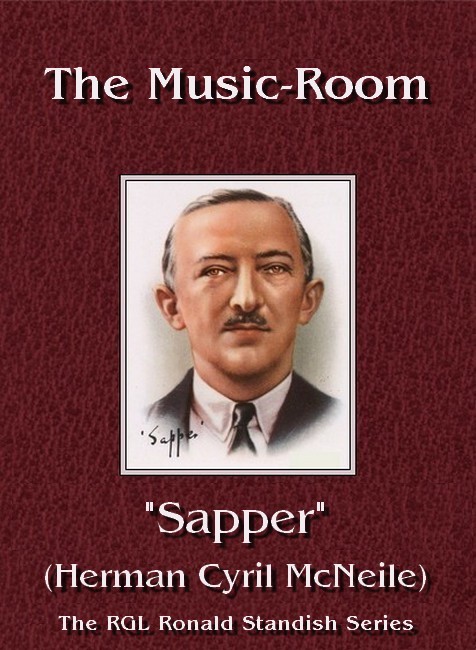 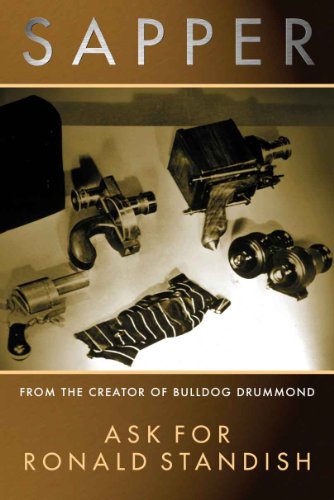 Sir John regales his house party guests with a "ghost story," which he says might be true, about a strange case of murder in the old family digs almost half a century before:

"Stretched on his back in the middle of the room was a dead man. But it was the manner of his death that made the sight so terrible. The lower part of his face had literally been battered into a pulp; the assault must have been one of unbelievable ferocity. I say assault advisedly, since it was obvious at once that there could be no question of suicide or accident. It was murder, and a partic-
ularly brutal one at that. But when they'd got that far, they found things weren't so easy.
"From the doctor's examination it appeared that the man had been dead for about thirty-six hours. Jobson [the lodge-keeper] had not been to the house the preceding day, and so it was clear that the crime had been committed two nights before the body was found. But how had the murderer escaped? The door, as I've told you, was locked on the inside, which showed that the key had been deliberately taken from the outside and placed on the in. The windows were all bolted, and a very short examination proved that it was impossible to fasten them from outside the house. Therefore the murderer could not have escaped through a window and shut it after him. How, then, had he escaped?
"I know what you're all going to say. Through the secret passage, of course. All I can tell you is that the most exhaustive search failed to reveal one. Short of actually pulling down the walls, they did everything they possibly could, so
I gathered from the man who told me the yarn."

. . . but, as a skeptical Ronald Standish and the other house guests will soon find out,
this charming tale, although it's just an easily debunked story, is about to have a deadly
sequel . . .

Major characters:
~ Sir John Crawsham:
"We've got, I believe, a secret passage of sorts. I've never bothered to look for it myself . . ."
~ David, Michael, and Anne:
"Fortunately, neither of them was of the type that is spoiled by wealth, and two nicer fellows it would have been hard to meet. David was the elder and quieter of the two! Michael—a harum-scarum youth, though quite shrewd when it came to business—spent most of his spare time proposing to Anne Horley, who had started the ghost conversation at dinner."
~ Bob, the narrator:
"Even now, after a considerable lapse of time, I can still feel the stunning shock of the tragedy that took place that night."
~ The doctor:
"It is, of course, clear what happened: so clear that it is hardly necessary for me to say it."
~ Ronald Standish:
"That doctor is a fool."

Challenge to the Reader:
Read Sir John's "ghost story" again and supply your own solution.

Resources:
- Our last encounter with Ronald Standish was also our first, "The Mystery of the Slip-Coach," a locked-train problem (HERE), which is also online at RGL (HERE).