THE STORIES FEATURING Edward "Tiny" David of the Black Horse Troop of the New York State Police written by Robert R. Mill enjoyed a long run in Blue Book during the '30s and '40s, totaling nearly four dozen in number; most (but not all) of them, truth be told, weren't exactly of the breathless action variety, tending more toward pleasant, slice-of-life than pew!-pew! action pieces. We've decided to showcase a couple of "Tiny" David narratives with the word "murder" in them to see how much excitement of the cerebral kind they might generate and let you decide if they do . . . 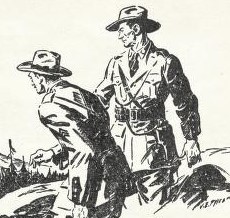 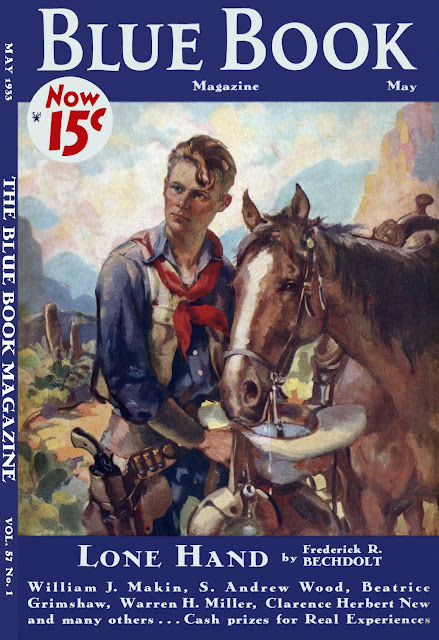 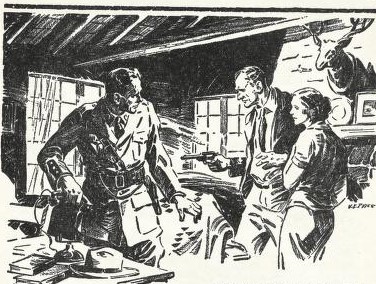 "In the center of the forehead there was a round hole surrounded by an irregular black circle."

Normally in murder mysteries the butler is above suspicion, and so it is in this case—except that he's the suspicious corpse . . .

Major characters:
~ Herbert Jenkins:
". . . a tall, thin man dressed in the livery of a butler."
~ Joseph Bahn:
"I remember smiling as I thought that Jenkins would deliver even securities worth half a million upon the conventional silver tray."
~ Mildred Bahn:
"My father dislikes publicity. I share that dislike."
~ Sergeant James Crosby:
"He fell to the path without a sound."
~ Trooper Edward "Tiny" David:
"He saw curiosity clash with murderous hate, and curiosity won." 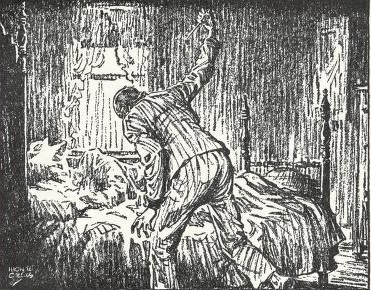 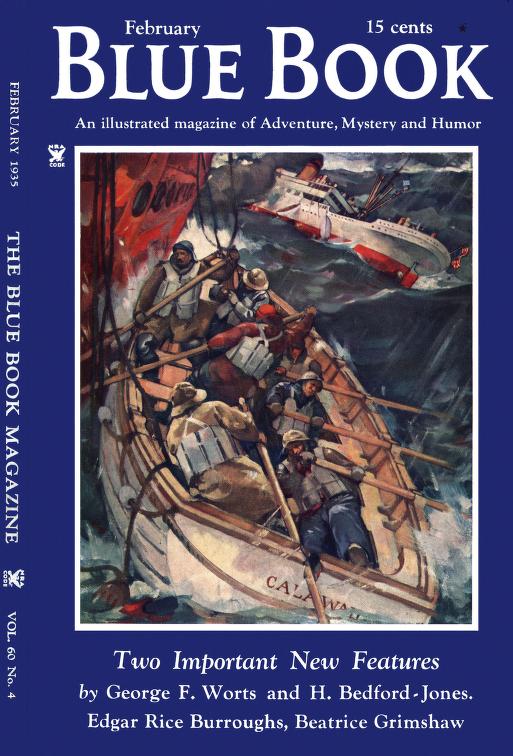 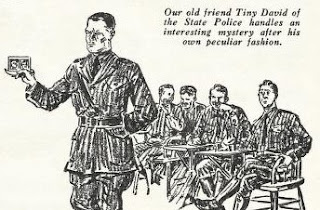 When they consider their own mortality, most people say they'd prefer to die serenely in bed, and the victim in our story probably shared that sentiment; it's also probable, though, that even he never anticipated how he was going to depart this vale of tears . . .

Major characters:
The victim:
~ Gordon Prescott:
". . . died instantly. The wound was inflicted with a long, slender knife, and it reached the heart. He was asleep when he was stabbed. You will want an autopsy, of course."
The doctor:
~ Dr. Hinds:
"I was notified at once, and I was here half an hour later."
The suspects:
~ Louis Hamilton:
"That's strange. I saw more than a thousand dollars in there this morning." 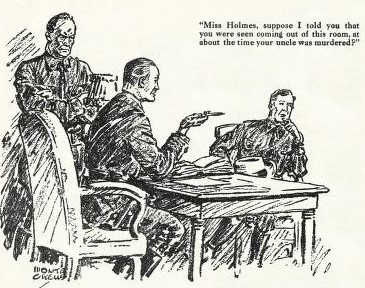 ~ Julia Holmes:
"I have nothing to say. You can't make me talk." 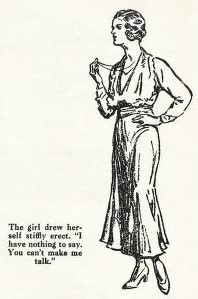 "I fear I can't duplicate the blind man of fiction." 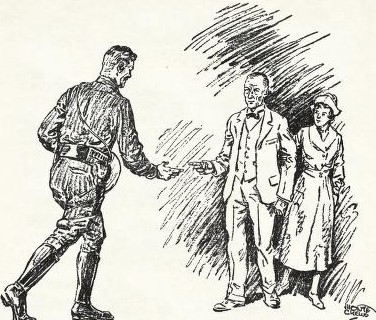 ~ Richard Dobson:
"He didn't like me."
~ James Blood:
". . . the butler. Always suspect the butler. He's usually guilty, when the secretary isn't."
The law:
~ Lieutenant George Homer:
"As long as I am in this outfit, you'll work."
~ Captain Field:
"Humpf!"
~ Sergeant Edward "Tiny" David:
". . . produced a dagger with a long, slender blade. He held it just beneath the hilt as he placed it on the table before the Lieutenant. There was fresh blood upon the point."