"King of Thieves—King of Bloodsuckers—Extortioners—That's a Better Name for You!" 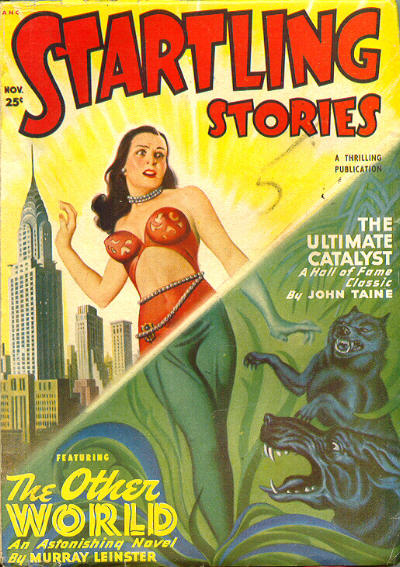 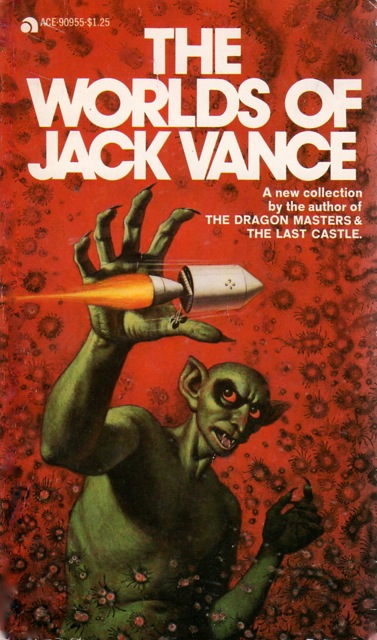 Short story (11 pages).
Online at The Luminist Archives (HERE; go to page 98; it will be necessary to download the entire issue, 175 MB.)

"Ridolph's in his element on Moritaba, where petty pilfery is the hall-
mark of citizenry and larceny reigns supreme!"

We've encountered other stories featuring societies where theft and even murder were acceptable, and sometimes actually required, social behavior; consequently, some of
you may be mildly shocked by how easily Magnus Ridolph fits in with the social scene
in Challa . . .

Principal characters:
~ Ellis B. Mellish:
"You see, my friend, that's how I do things. I get what I go after."
~ Tomko:
"Old Kanditter—that's the king—won't make any concessions whatever."
~ Kanditter, the King of Thieves:
"He steal crown—he king. That is law of the Men-men."
~ The helicopter pilot:
"Wouldn't ever have knowed you was a detective. You don't look the type."
~ Magnus Ridolph:
"You owe me a hundred thousand munits for the telex you filched from my property.
I'll take double or nothing."

Resources:
- "the hot yellow light of Pi Aquarii": It's actually blue. To the Chinese, this star is associated with the tomb, while to the Arabs it's a tent. "Pi Aquarii, Latinized from π Aquarii, is the Bayer designation for a binary star in the equatorial constellation of Aquarius. This system has an apparent visual magnitude of a mean apparent magnitude of +4.57. Based upon parallax measurements, it is located at a distance of roughly 780 light-years (240 parsecs) from Earth." (Wikipedia HERE; also see Universe Guide HERE).
- "somewhere in Argo": A classical constellation, you might say. "Argo Navis (the Ship Argo), or simply Argo, was a large constellation in the southern sky that has since been divided into the three constellations of Carina, Puppis and Vela. The genitive was 'Argus Navis,' abbrevi-ated 'Arg.' Flamsteed and other early modern astronomers called the constellation just Navis (the Ship), genitive 'Navis,' abbreviated 'Nav.' It was identified in Greek mythology with the Argo, the ship used by Jason and the Argonauts that sailed to Colchis in search of the Golden Fleece." (Wikipedia HERE).
- Our latest adventure with Magnus Ridolph was "The Howling Bounders" (HERE).