ONE OF DOROTHY SAYERS'S lesser known characters was Montague Egg, salesman extraordinaire. In today's story he gets an early start on crime when he encounters . . .
"Murder in the Morning."
By Dorothy L. Sayers (1893-1957).
First appearance: The Passing Show, March 11, 1933.
Reprinted in Creasey Mystery Magazine, August 1960. 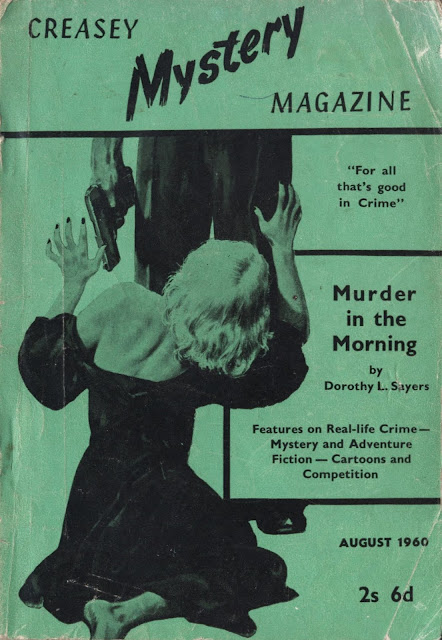 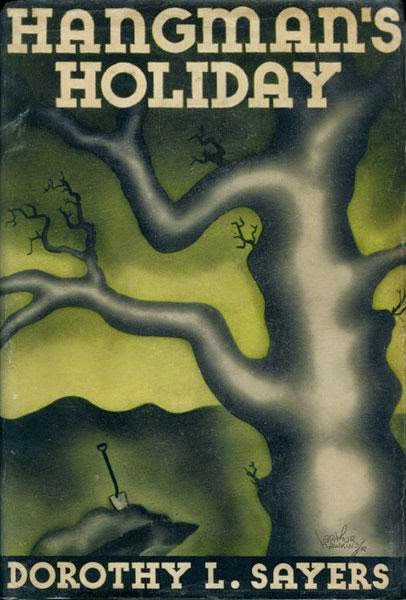 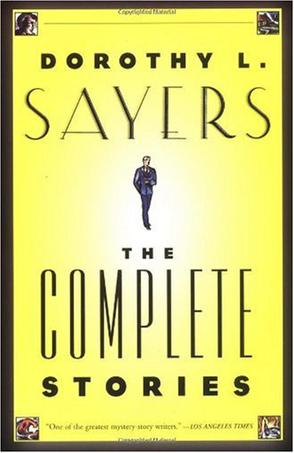 Short story (12 pages).
Online at The Luminist Archive (HERE; scroll down to text page 4/PDF page 6).
"The salesman who will use his brains will spare himself a world of pains."
While investigating the prospect of a sale, to his dismay Montague Egg discovers that his latest potential customer won't be available—ever—due to having been murdered in his own kitchen by a person or persons unknown. The local police know that Monty is a prime suspect, and Monty knows they know. As with quite a few bungled attempts at getting away scot free with a crime, however, it all comes down to a matter of timing . . . .
Major characters:
~ Humphrey Pinchbeck:
". . . [was found] stretched on his own kitchen floor, with his head battered to a pulp."
~ Theodore Barton:
". . . [had] a certain air of rather disreputable magnificence about him."
~ Bowles:
". . . had not seen any other person in the kitchen, but had an impression that before he knocked he had heard two men's voices talking loudly and excitedly."
~ Mrs. Chapman:
". . . identified the accused . . ."
~ Millicent Adela Queek:
"He isn't guilty at all. I know he isn't."
~ Detective-Inspector Ramage:
". . . unless we can prove collusion (which doesn't seem likely, seeing the kind of woman she is), that washes that out."
~ The garage proprietor:
"He had filled so many tanks before and since. But in the matter of the clock he was definite. It kept, and always had kept, perfect time, and it had never stopped or been out of order since it was first installed."
~ The other garage proprietor:
"It used to hang over the door. But I took it down last Sunday."
~ Montague Egg:
"I've discovered a coincidence. Let's check up on it. Do you mind? 'Don't trust to luck, but be exact and verify the smallest fact'."
References and resources:
- "his smart trilby": "A trilby is a narrow-brimmed type of hat. The trilby was once viewed as the rich man's favored hat; it is sometimes called the 'brown trilby' in Britain and was frequently seen at the horse races. The traditional London hat company Lock and Co. describes the trilby as having a 'shorter brim which is angled down at the front and slightly turned up at the back' compared to the fedora's 'wider brim which is more level'. The trilby also has a slightly shorter crown than a typical fedora design." (Wikipedia HERE).
- "his own Morris": Monty's car was probably a Morris Minor. "The Morris Minor is a British car that made its debut at the Earls Court Motor Show, London, on 20 September 1948. Designed under the leadership of Alec Issigonis, more than 1.6 million were manufactured between 1948 and 1972 in three series: the MM (1948 to 1953), the Series II (1952 to 1956), and the 1000 series (1956 to 1979). It was the first British car to sell over a million units and is considered a classic example of automotive design, as well as typifying 'Englishness'." (Wikipedia HERE).
- "he opened the bonnet": "In British terminology, hood refers to a fabric cover over the passenger compartment of the car (known as the 'roof' or 'top' in the US). In many motor vehicles built in the 1930s and 1940s, the resemblance to an actual hood or bonnet is clear when open and viewed head-on; in modern vehicles it continues to serve the same purpose but no longer resembles a head covering." (Wikipedia HERE).
- "And lighting-up time on June 18th was 10.20, according to my diary": "In the United Kingdom, there is a legally enforced lighting-up time, defined as from half an hour after sunset to half an hour before sunrise, during which all motor vehicles on unlit public roads (except if parked) must use their headlights." (Wikipedia HERE).
- Known universally as the creator of Lord Peter Wimsey, Dorothy Leigh Sayers gave up detective fiction for more "serious" pursuits; see Wikipedia (HERE).
- Monty Egg earned his own page in Wikipedia (HERE).
- Here are all of the known Montague Egg short stories (FictionMags data):
(1) "The Poisoned Port," The Passing Show, February 25, 1933; also as “The Poisoned Dow ’08”.
(2) "Sleuths on the Scent," The Passing Show, March 4, 1933
(3) "Murder in the Morning," The Passing Show, March 11, 1933 (above)
(4) "One Too Many," The Passing Show, March 18, 1933
(5) "Murder at Pentecost," The Passing Show, March 25, 1933
(6) "Maher-Shalal-Hashbaz," The Passing Show, April 1, 1933
(7) "Bitter Almonds," The Passing Show, June 30, 1934
(8) "False Weight," The Passing Show, July 28, 1934
(9) "The Professor’s Manuscript," The Passing Show, October 20, 1934
(10) "A Shot at Goal," The Passing Show, February 2, 1935
(11) "Dirt Cheap," 1936.
- You might find Dorothy Sayers's comments on detective fiction, "A Sport of Noble Minds" (1929), of interest; we featured it (HERE) nearly three years ago. 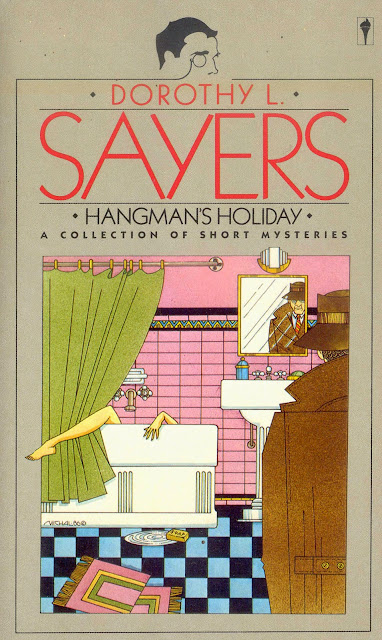