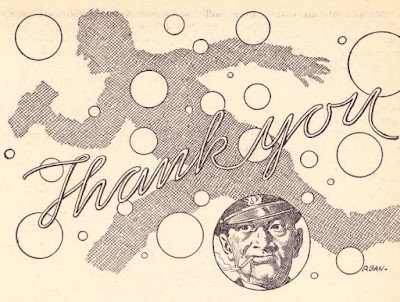 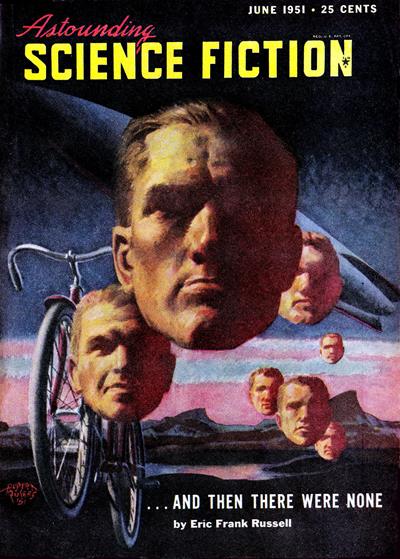 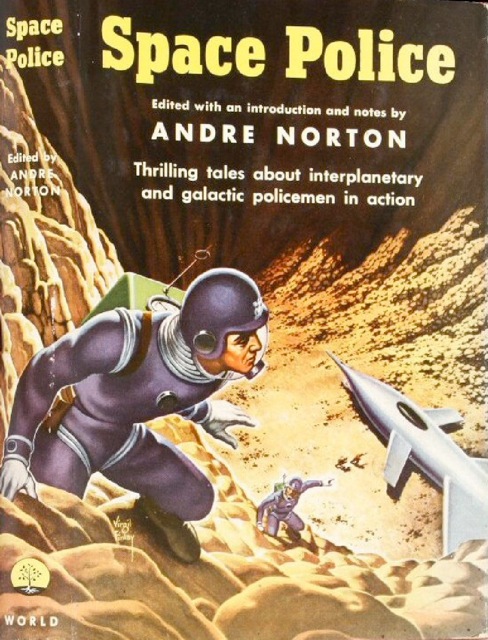 Short short story (7 pages).
Online at The Luminist Archive (HERE; scroll to magazine page 66) and Archive.org (HERE).
"I know, it embarrasses me too; but I can see the news value in a burglar who is so clever he can repeatedly outwit the best mechanical and electronic protective devices."
Twenty-four "jobs" and Chief Davis is forced to entertain an unhappy idea as to who's doing it, but it's a conclusion that, given the touchy state of interplanetary relations, no one on Elus or Earth will be happy with. There's only one thing to do as far as the wily Chief, under strong political pressure to get results, can see: set a trap—but in order for it to work, reasons the Chief, this trap will have to fail . . . .
Principal characters:
~ Police Chief O'Neil Davis:
"Here we have an interesting situation—the perfect burglar, from a criminal point of view, apparently a member of a race that is completely and psychologically incapable of knowingly committing a dishonest act."
~ Security Commissioner Morley:
"And a touchy and sensitive race at that, to whom the merest mention of the possibility of dishonesty of one of their race would be a mortal insult."
~ "The Ghost":
"A very clever lad."
Typos: "then a dumb one"; "pentathol".
References and resources:
- "Martian days being twenty-six Earth-hours long": In fact: "The average length of a Martian sidereal day is 24 h 37 m 22.663 s (88,642.663 seconds based on SI units), and the length of its solar day is 24 h 39 m 35.244147 s (88,775.244147 seconds). The corresponding values for Earth are currently 23 h 56 m 4.0916 s and 24 h 00 m 00.002 s, respectively. This yields a conversion factor of 1.02749125170 days/sol. Thus Mars's solar day is only about 2.7% longer than Earth's." (Wikipedia HERE). "Edgar Rice Burroughs described, in The Gods of Mars (1913), the divisions of the sol into zodes, xats, and tals. Although possibly the first to make the mistake of describing the Martian year as lasting 687 Martian days, he was far from the last." (Wikipedia HERE). 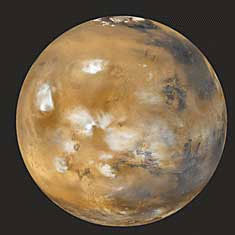 - "he spilled it all under a shot of pentathol [sic]": "Sodium thiopental is an ultra-short-acting barbiturate and has been used commonly in the induction phase of general anesthesia. . . .Thiopental is still used in places such as India as a truth serum to weaken the resolve of a subject and make the individual more compliant to pressure. Barbiturates decrease both higher cortical brain function and inhibition. Some psychiatrists hypothesize that because lying is more complex than telling the truth, suppression of the higher cortical functions may lead to the uncovering of the truth. The drug tends to make subjects verbose and cooperative with interrogators; however, the reliability of confessions made under thiopental is questionable." (Wikipedia HERE and HERE). 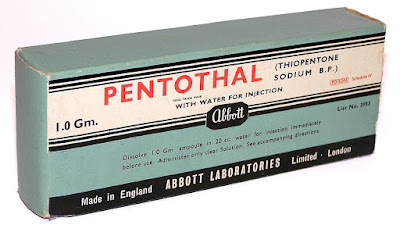