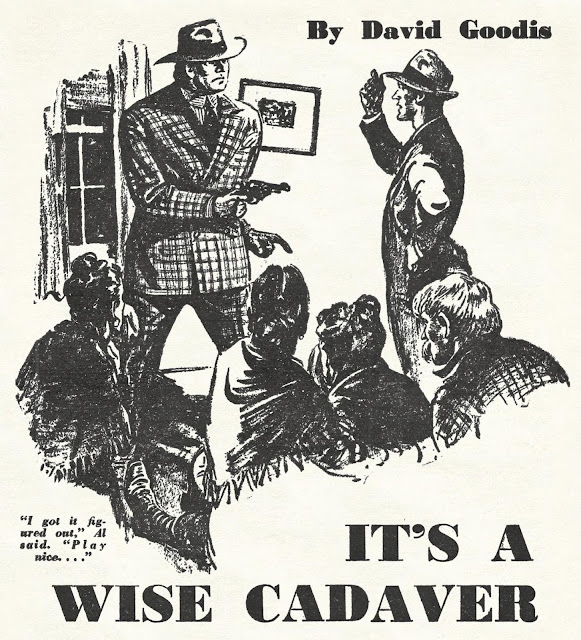 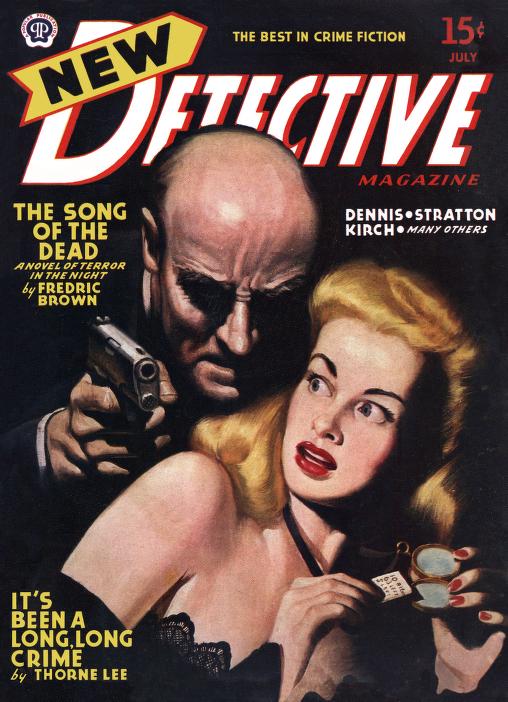 Short short short story (4 pages).
Online at Archive.org starting (HERE) and finishing (HERE).
"I'm telling you that I got this case all figured out and I'm ready to earn my pay check as soon as you put the revolver away."
Dominic is dead; that much is certain. Who murdered him, though? Calotta is very curious: "I want to find out who killed Dominic, because whoever did it knows what I want to know." There's nothing more dangerous than a criminal who's been swindled by one of his "associates" . . . .
Main characters:
~ Dominic:
". . . was stretched out on the floor . . ."
~ Three frightened women and a frightened old man:
"These three girls are all tenants in this place. The old guy is the printer who set up the phoney newspaper story."
~ Calotta:
"With a face like that, Renner thought, a man couldn't stay honest."
~ Renner:
"I don't get it."
~ Reid:
"I called you a moron. I wasn't kidding about that."
Typo: "wait for you to came back".
Resources and references:
- "off the Asbury Park beach": The oceanfront of Asbury Park, which is part of New Jersey, "was ranked the sixth-best beach in New Jersey in the 2008 Top 10 Beaches Contest sponsored by the New Jersey Marine Sciences Consortium." (Wikipedia HERE).
- "making his way down the fire escape": A phenomenon found almost entirely in big cities: "A fire escape consists of a number of horizontal platforms, one at each story of a building, with ladders or stairs connecting them. The platform and stairs are usually open steel gratings, to prevent the build-up of ice, snow, and leaves. Railings are usually provided on each of the levels, but as fire escapes are designed for emergency use only, these railings often do not need to meet the same standards as railings in other contexts. The ladder from the lowest level of the fire escape to the ground may be fixed, but more commonly it swings down on a hinge or slides down along a track. The moveable designs allow occupants to safely reach the ground in the event of a fire but prevent people from accessing the fire escape from the ground at other times (such as to perpetrate a burglary or vandalism)." (Wikipedia HERE). 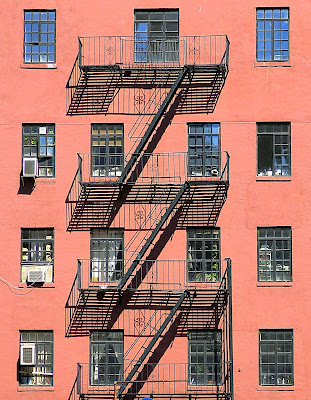 - The ownership claims of one of David Loeb Goodis's stories was tied up in court for years after his demise, becoming "a landmark decision in intellectual property rights and copyright law"; see Wikipedia (HERE). The story in question was filmed as Dark Passage in 1947 with Humphrey Bogart and Lauren Bacall; see Wikipedia (no apparent spoilers HERE, but WARNING! SPOILERS! HERE). 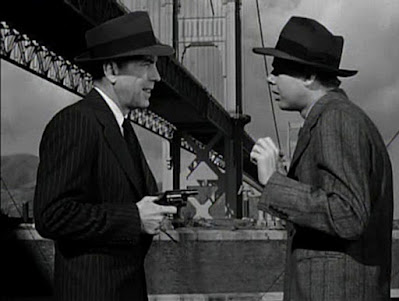