"Brothers, Fathers, Husbands . . . Too Many Motives"

UP NEXT, we have in one story an example of the breadth of Anthony Boucher's interests, ranging from opera to the occult, with sidestops at mystery fiction and science fiction/fantasy (SFF). If after reading it you feel that the editor's introduction shades a little far into being too apologetic, then we're in agreement; the story, compactly told and always engaging the read-er's interest, is fine just as it is. It's unfortunate for Verner and Lamb fans, however, that for whatever reason(s), Boucher didn't or couldn't keep his promise . . .

"The Anomaly of the Empty Man."
(a.k.a. "The Empty Man").
By Anthony Boucher (William Anthony Parker White, 1911-68).
First appearance: The Magazine of Fantasy and Science Fiction, April 1952. 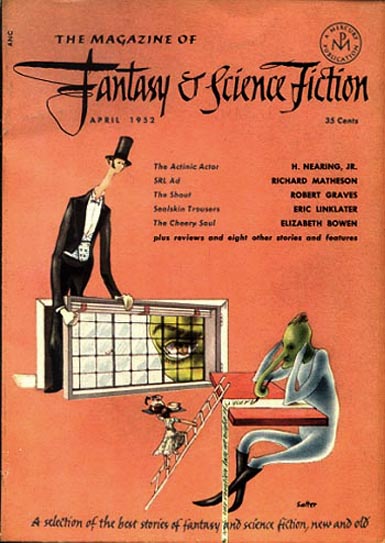 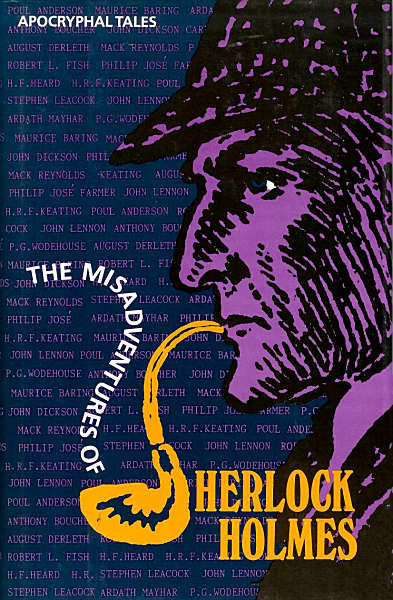 "It’s like a strip-tease version of the Mary Celeste. Only the strip wasn’t a gradual tease; just abruptly, whoosh!, a man’s gone. One minute he’s comfort-ably dressed in his apartment, smoking, drinking, playing records. The next he’s stark naked — and where and doing what?"

You may have heard of people being characterized as "empty suits," but this takes it to a whole new level . . .

Characters:
~ James Stambaugh:
"It was as though James Stambaugh had been attacked by some solvent which eats away only flesh and leaves all the inanimate articles. Or as though some hyperspatial suction had drawn the living man out of his wardrobe, leaving his sartorial shell behind him."
~ Lamb:
"No, Mr. Lamb. You have a wife and two sons. I have no right to trifle with their lives merely to gratify an old man’s resentment of scepticism."
~ Dr. Horace Verner:
"'But Dr. Verner,' I led with my chin. 'The Stambaugh case . . .'
"'Dear boy,' he sighed as he readied the old one-two, 'you mean you don’t realize that you have just heard the solution?'"
~ The cousin:
"As you know, my cousin enjoyed a certain fame as a private detective. He had been consulted in more than one previous instance of the horror; but I had read little of him
in the press save a reiteration of his hope that the solution lay in his familiar dictum:
'Discard the impossible; and whatever remains, no matter how improbable, must be
true.' I had already formulated my now celebrated counter-dictum: 'Discard the impos-
sible; then if nothing remains, some part of the "impossible" must be possible.'"
~ Inspector Abrahams:
"Take a good look at the empty man on the floor. You see, I remembered the vacuum cleaner. And the Downtown Merchants’ parade."
~ Carina:
". . .  for almost unique among sopranos, Carina possessed a diction of diabolical clarity."
Resources:
- You'll find plenty of info about Anthony Boucher (HERE; Wikipedia), (HERE; the SFE), (HERE; the ISFDb), (HERE; Mike Grost), and (HERE; the GAD Wiki).
- We've featured Boucher several times already (HERE), (HERE), and (HERE).
- An overview of opera can be found on Wikipedia (HERE). 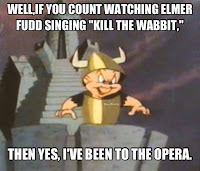