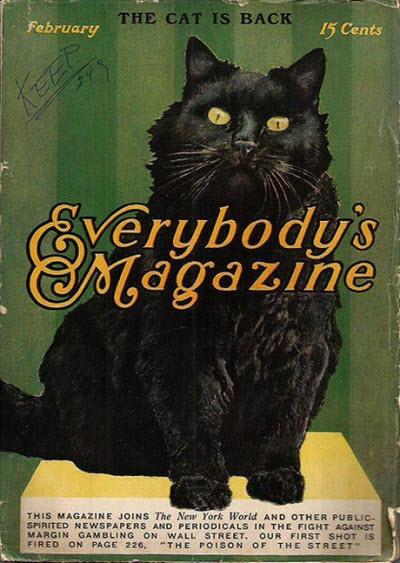 "I am sure there were only two reasons why I had never killed a burglar with a pistol: one was that no burglar had ever entered our flat, and the other was that I never had a pistol."

If you're going to baffle a burglar, then make sure he's as dumb as the proverbial post . . . 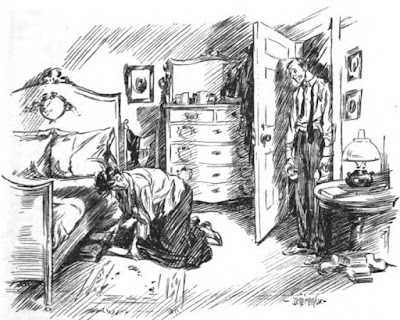 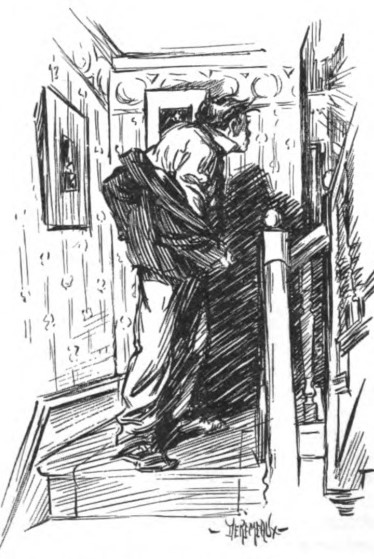 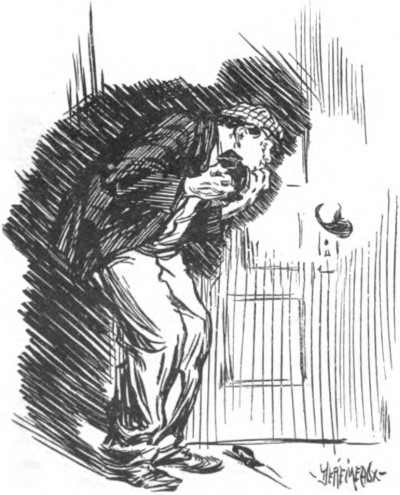 Resources:
- There was a time when humorist Ellis Parker Butler enjoyed instant name recognition, right up there with Mark Twain. Prolific? FictionMags's short story listing for him runs over four pages—and this despite the fact that "Butler was, for most of his life, only a part-time author" (Wikipedia HERE). He had several series characters, one of whom was Jane Sprool, Detective (6 stories in The Green Book Magazine, 1919-20). (FictionMags data.) 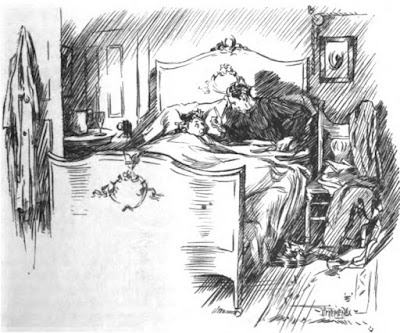 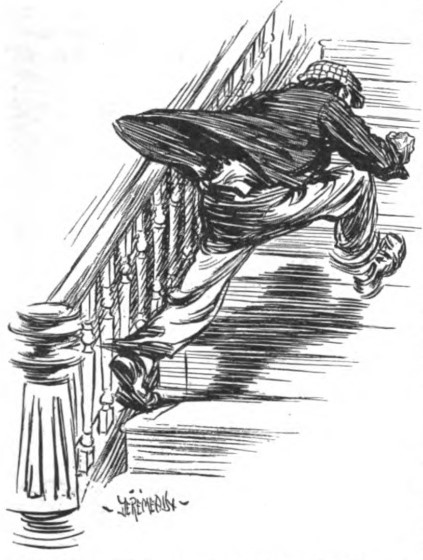 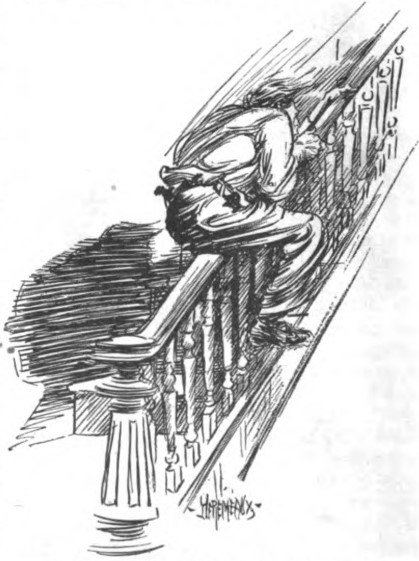 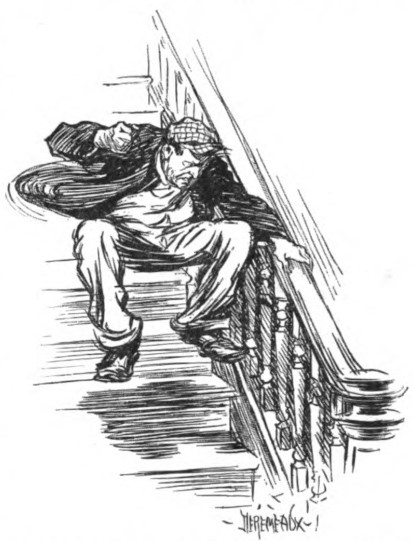 - Jane Sprool notwithstanding, Butler's most famous character is Philo Gubb, The Correspondence School Deteckative (HERE; first collection HERE), who managed
to make it to the (silent) silver screen: (HERE), (HERE), and (HERE). 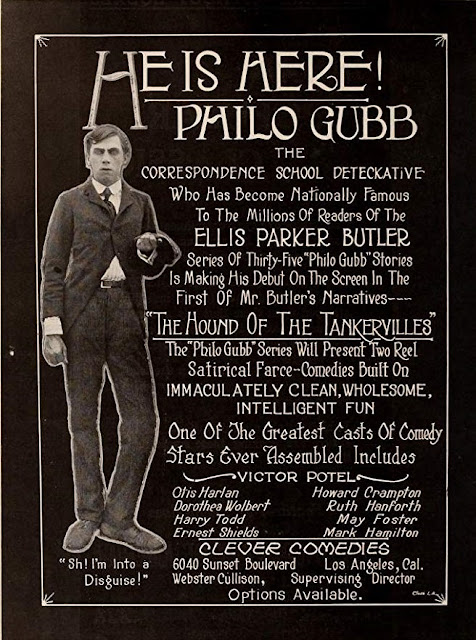