"Not Only Sabotage, but Cold-Blooded Murder" 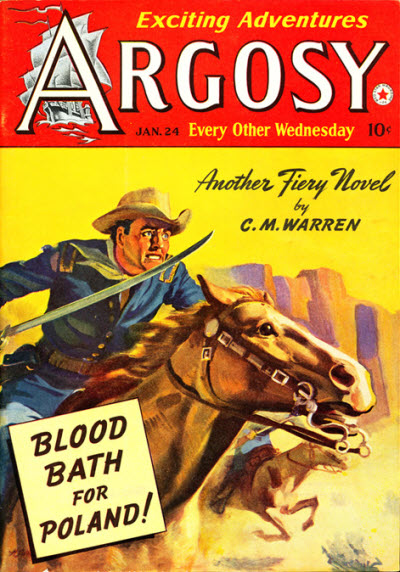 "The telegraph key clicks no warning: the special is running on schedule. Yet disaster rides the rails tonight, and Operator Fred Markey must learn to read a strange and sinister timetable—if he's to keep the steel road from flaming."

It isn't bad enough that Fred is nearly killed in a horrendous wreck involving a train loaded with critical war materiel, but he also finds himself designated by the FBI and the railroad as the prime suspect in causing the crash; he's innocent, of course, but proving it will thrust
him into a life-or-death struggle with, as his boss puts it, "as pretty a sabotage setup the country's yet uncovered." 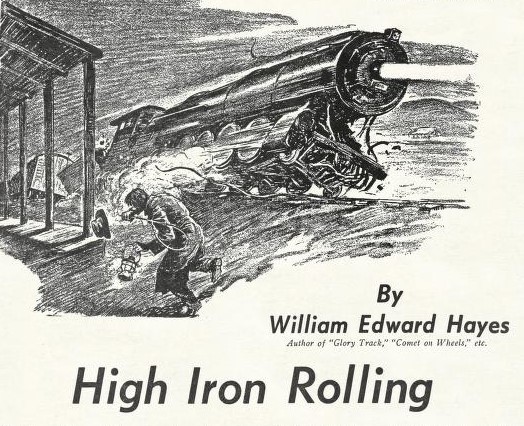 A fine description of a steam locomotive in its heyday: "Five hundred tons of charging steam and steel, with five thousand tons hurtling behind."

Typos: "he ridden those things"; "who's little eyes". 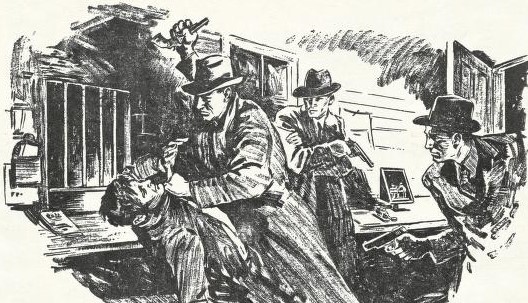 Resources:
- FictionMags on William Edward Hayes: "Born in Muncie, Indiana; had numerous jobs with railroad lines, then reporter and drama critic for New York Evening Journal; editor of Railroad Magazine; later executive with Rock Island Lines." As far as railway operations are concern-
ed, then, we can be confident that the details are accurate. 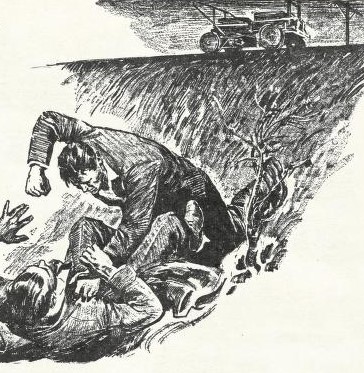 - Naturally quite a few of Hayes's stories centered on railroads, with even many of his Westerns, sports adventures, and detective fiction for both the slicks and the pulps of
the day somehow involving trains. His crime fiction usually appeared in Detective Fiction Weekly, Detective Story, Dime Detective (series character: Daniel C. Howell, 4 stories in 1935), Star Detective, and Detective Short Stories. Practically none of his work has seen recent reprinting, with "The Finger of the Dead" (1937) in Mike Shayne Mystery Magazine (1963) being the exception. (All data from FictionMags.) 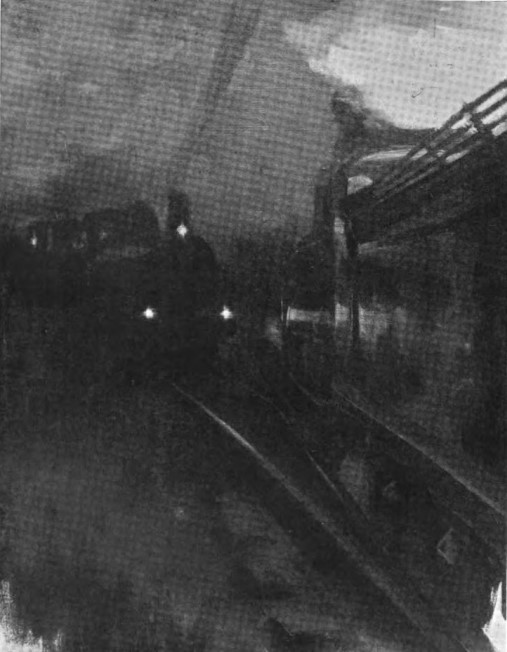