The Perry Mason of the Final Frontier 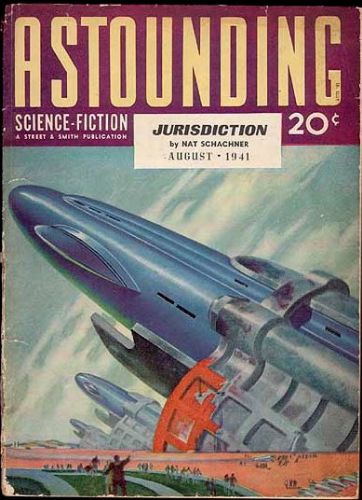 "Kerry Dale, sky-lawyer, proves a crook may be smart at sabotage, murder and assorted crime, but it takes a navigator to steal a sky-mine!"

Even in deep space in the 24th century, the meaning of "jurisdiction" hasn't changed: "The geographic area over which authority extends; legal authority; the authority to hear and
determine causes of action." So why is the captain of a rickety tramp freighter the only
one who seems to understand that? 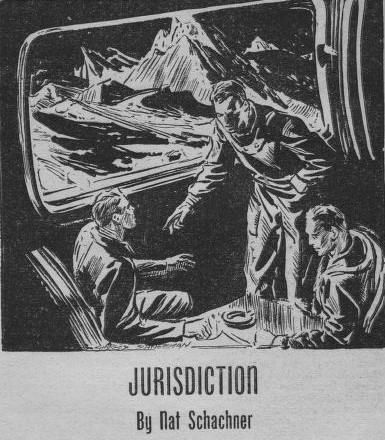 Characters:
~ Simeon Kenton, head of Kenton Space Enterprises, Unlimited:
"For a solid half-hour he coruscated and sizzled. His language lifted the temperature of the hotel room by ten degrees. His epithets were triumphs of twisted word compoundings."
~ Sally Kenton, his daughter:
"She loved her irascible father, who was known to all and sundry as Old Fireball because of his habit of exploding on the slightest provocation. They might tilt at each other and parry deft strokes for the sheer intellectual joy of the thing, but underneath her slim, proud beauty there functioned a brain as keen and hard as the one that had propelled old Simeon to the commanding position he had achieved on the spaceways and in the industrial marts of the System."
~ Jericho Foote, President of Mammoth Exploitations:
"The cane whistled and sang about Foote's ears, slashed his body, cut down his upflung arm, thumped across his back as he turned to flee. Foote screamed for help, yelled for mercy. But still the cane sang and danced."
~ Kerry Dale, owner-captain of the Flash:

". . . preferred to be on his own. A lone wolf, pitting his wits and skill against the men of power and money. They had sought to use his wits and skill at law for their own benefit.
They had thought to suck him dry and then cast him aside. Well, he'd show them."
~ Jem, the Flash's exec:
"This here salvage business ain't what it's cracked up to be."
~ Sparks:
"All radio men ran to a pattern. They were slight and wiry and dried-out and birdlike in the brighness of their eyes and the quickness of their movements. This particular Sparks was
no exception."
~ Captain Ball, of the Flying Meteor:
"You mean you want to take an assignment of something that is valueless?"
~ Roger Horn, Chief of the Kenton Space Enterprises Legal Department:
". . . that dithering ass . . ." 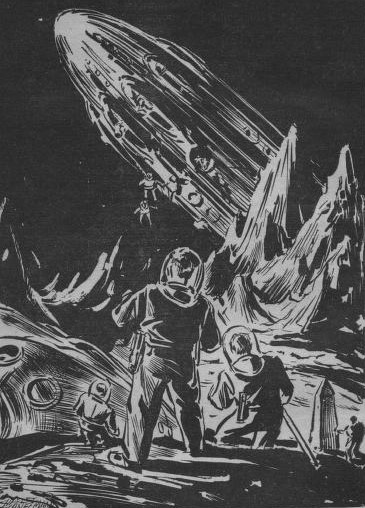 Comment: Considering the fine build-up our author gives to Sally (see above), it's a shame nothing is done with it.
Typo: "Simon Kenton" 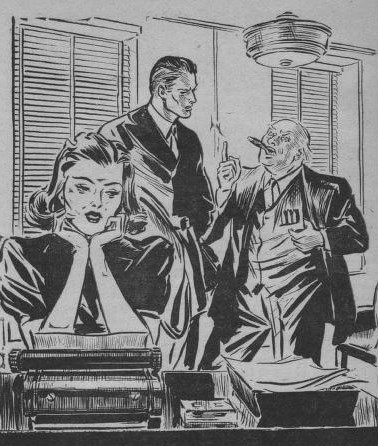 Resources:
- According to Wikipedia (HERE), Nathaniel Schachner trained as a lawyer, which would explain the character of Kerry Dale as well as his only SFF novel, Space Lawyer (1953; HERE), a fix-up of two Astounding novelettes, "Old Fireball" (June 1941) and "Jurisdiction" (August 1941), today's story. Because there are quite a few references to the earlier tale (to which we don't have access at the moment), you could get the feeling that you've missed out on something. If Schachner had intentions of continuing the Kerry Dale series, he never followed through with them since he gave up writing SFF full-time in 1941. 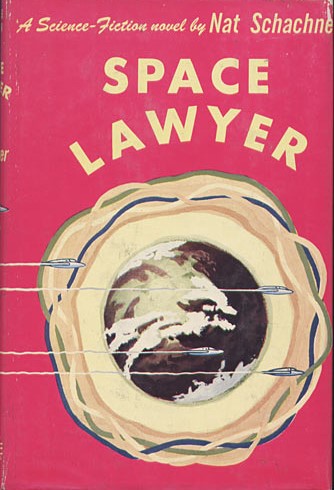 - See also the SFE (HERE) and the ISFDb bibliography (HERE). 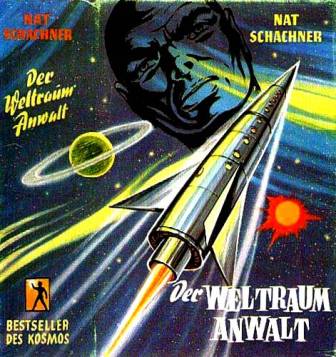 - In addition, there's a small Nathan Schachner collection at Faded Page (HERE), which includes two of his biographies of early American historical figures. 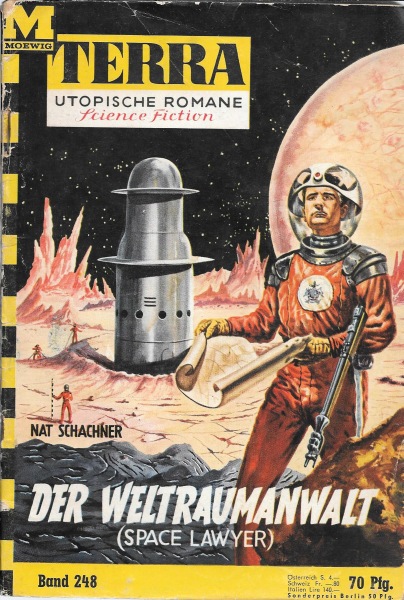 - Real world science stuff mentioned in our story: Venus (HERE; assumed to be a jungle planet); Vesta (HERE); the asteroid belt (HERE); Jupiter (HERE); Ganymede (HERE); the Trojan asteroids (HERE); and the three-body problem (HERE; it's probably not what you think).
- Previous ONTOS posts about the trials and tribulations of space salvage and asteroid mining are (HERE), (HERE: "The Risk Profession"), and (HERE). 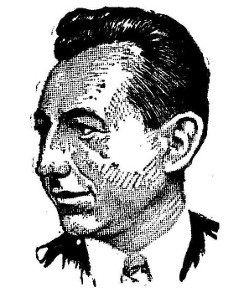