"You Had Motive and Opportunity, and Stand to Gain by the Murder" 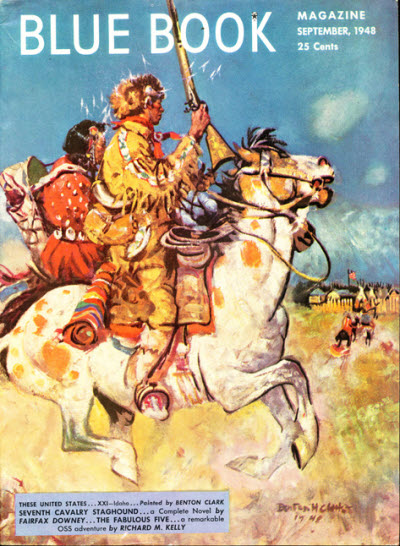 "A robot detective? Yes sir! And something very special, both as a robot and a detective."

Whenever things really go wrong in life, crackpots and oddballs automatically become objects of suspicion, so when a would-be vending-machine monopolist gets himself unceremoniously launched towards that big pinball parlor in the sky, it seems obvious
to the community at large that the reclusive local tinkerer, himself the deceased's stiffest competitor, must have had something to do with it—more likely, in their minds, everything
to do with it . . . 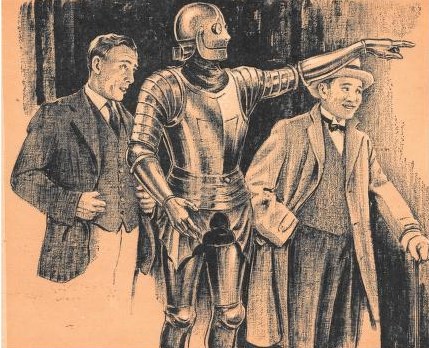 Characters:
~ Big George Loke:
". . . was extremely dead. Big George had endeared himself by passing out little favors from time to time, and the majority of the people of Udella were unhappy to see the source of the little presents stopped so suddenly, and they were more than a bit annoyed with Nicky Lugan and began to scream for his scalp."
~ Nicky Lugan:
"He is a little round man with the expression of a young owl who has found out that life can be beautiful. And a natural tinkerer!"
~ Kopal:
". . . on the city desk, wasted no time in shooing me off to interview Nicky when it became evident that a tinkerer had done the dirty to Big George Loke."
~ Moe:
"I have never been able to break myself of the habit of nodding at Moe when Nicky intro-duces me to him. Moe is the only robot in Udella."
~ Barney:
"This—this extroverted metallic personality is going to find out who rubbed out Big George?" 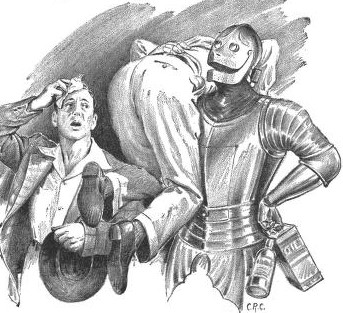 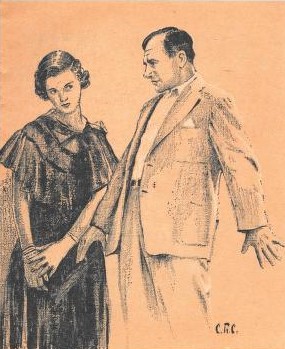 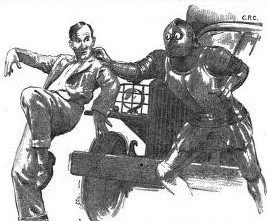