"Before Her Was a Monstrous Creature Which Never Ceased Its Infernal Baying and Howling As It Attacked Her, Tooth and Nail"

THE NAME OF Seabury Quinn might not be familiar to you, but at one time, according to a vote, he was the most popular author writing for Weird Tales; nonetheless, he has fallen into that obscurity which many once well-known writers have suffered in their careers. Quinn's series characters, Jules de Grandin and Dr. Trowbridge, occult investigators bearing a strong resemblance to Poirot and Hastings, encountered dozens of supernatural menaces in Weird Tales from 1925 to the magazine's demise in 1954 (FictionMags data). Since this is the season for spooky stories, we've decided on a couple of Quinn's nonfictional essays instead of a terror tale, ones that probably won't scare you much but should leave you entertained, informed, and sobered by the chilling thought of how much like irrational beasts human beings can become. In 1923-24, Quinn ran a "Weird Crimes" series in Weird Tales, almost as if he were setting the stage for de Grandin and Trowbridge's debut:

As always, we urge you to read these first, before you go to the resource material. Some of the additional sources do augment Quinn's accounts, while others seem to contradict him in some of the details. 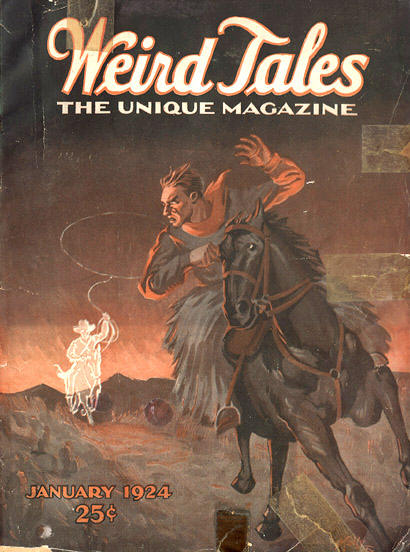 A magical mirror becomes a death trap for naive and unsuspecting girls . . .

Resources:
- Thoroughgoing accounts of these events, which have come down to us through history
as "The Bavarian Ripper" case, can be found at Murderpedia (HERE; typos), Executed
Today.com (HERE), the Jack the Ripper Tour site (HERE), and Krafft-Ebing's Psychopathia Sexualis (HERE; "The most horrible example, and one which most pointedly shows the connection between lust and a desire to kill"); in addition, Quinn offers a new word to
add to your vocabulary—saponification:

"Fat in a corpse converts into adipocere, often called 'grave wax'. This process is more common where the amount of fatty tissue is high and the agents of decomposition are absent or only minutely present."
— "Saponification," Wikipedia (HERE) 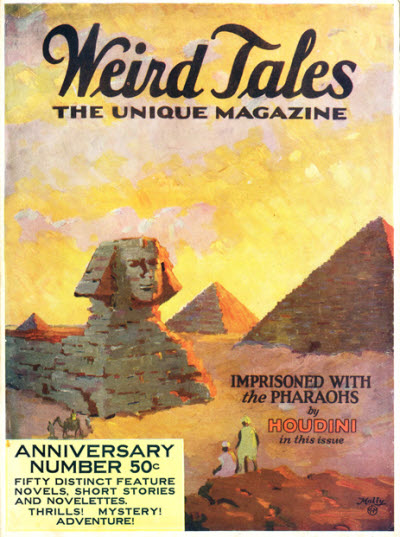 "The Frenchman is curiously logical and direct, even in matters of superstition."

Yellow-toothed and hairy, ill-tempered and clearly crazy, and apt to commit murder—it's obvious that the hermit of St. Bonnot won't be a candidate for Citizen of the Year . . .
Resources:
- There's a lot about this case on Wikipedia (HERE) and (HERE), ExecutedToday.com (HERE), The Abnormal Realm (HERE), the Serial Killers Wiki (HERE), CrimeFeed's article (HERE), and Sabine Baring-Gould's The Book of Were-Wolves (1865; reprinted 2007; HERE), especially the four-page account starting (HERE).
Even more Resources:
- There's plenty of info about Seabury Grandin Quinn to be found on several Information Superhighway off-ramps: Wikipedia (HERE), Red Jacket Press (HERE), the SFE (HERE),
the SF Site (HERE), and the ISFDb (HERE). 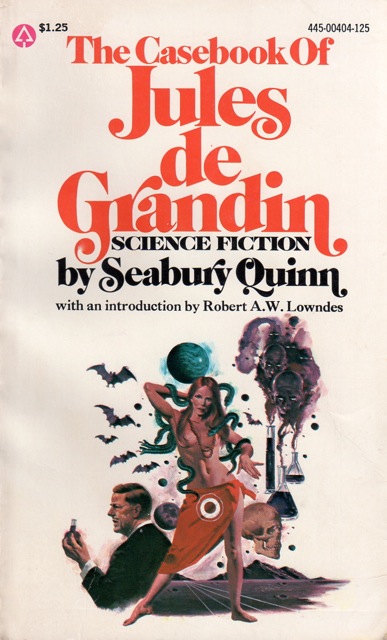 - Another one of Quinn's series characters was Major Sturdevant who, according to FictionMags, made steady appearances in Real Detective Tales and Mystery Stories from December 1923 to September 1926 (roughly two dozen tales). Since the stories are apparently in limbo, we must guess just what ground the Major ploughed in his peregrinations. Quinn followed up Sturdevant with Professor Forrester, featuring in Real Detective Tales and Mystery Stories from February 1927 to October 1928 (13 adventures; see one HERE). Three shorter-lived series characters were Carlos de la Muerte (4 stories; 1933-34), Carmichael (3 tales; 1941 and 1944), Bill Ramsey (2 outings; 1941), and the Black Wolf (2 adventures; 1944) (FictionMags data). 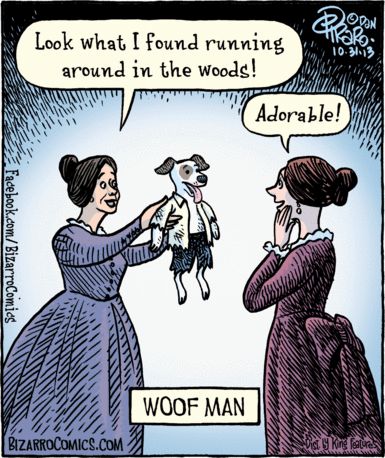