"Make It a Medico-legal Case" 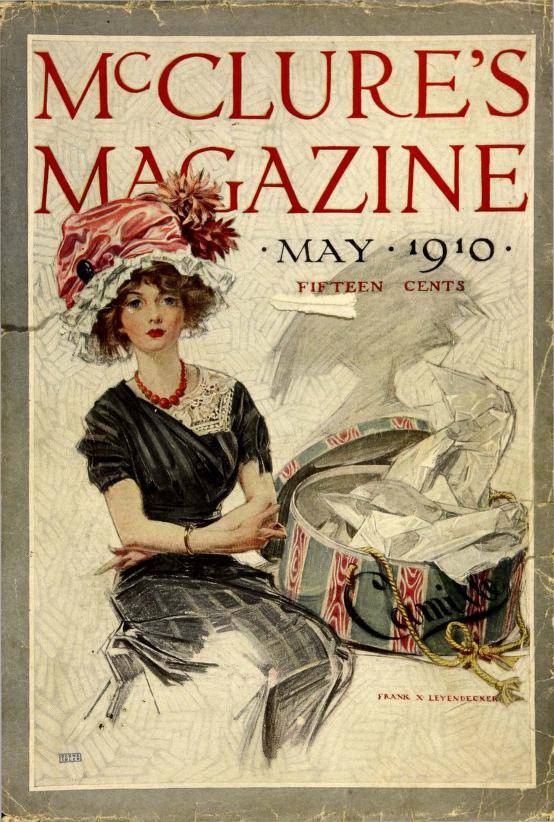 "The human race, as you know, is roughly divided into three groups—the black, the white, and the yellow races. But apart from the variable quality of colour, these races have certain fixed characteristics associated especially with the shape of the skull, of the eye-sockets, and the hair."

When "everything that is precious and beautiful—pictures, ivories, jewels, watches, objects of art and vertu—everything" is stolen from a private collection of immeasurable value, it will require an individual who evidently knows everything to find the purloined caboodle—and no one in London fits that description better than the pre-eminent medico-legalist and all-round know-it-all himself, Dr. John Thorndyke . . .

Major characters:
~ Dr. Thorndyke:
Fighting crime with a microscope.
~ Mr. Marchmont:
A solicitor with a very nervous client.
~ Solomon Löwe:
He should never have stayed out so late.
~ Isaac Löwe:
The injured party, conspicuous by his absence.
~ Jervis:
He sees, but he does not observe.
~ Polton:
To Thorndyke, he's indispensable.
~ Inspector Badger:
Not ready for prime crime. 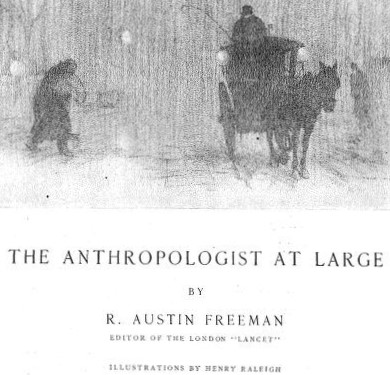 "It is most important habitually to pursue a definite train of thought, and to pursue it to a finish, instead of flitting indolently from one uncompleted topic to another, as the newspaper reader is so apt to do. Still, there is no harm in a daily paper—so long as you don't read it."
"Another art robbery. Mysterious affairs, these—as to motive, I mean. You can't melt down a picture or an ivory carving, and you can't put them on the market as they stand. The very qualities that give them their value make them totally unnegotiable."
". . . but we must leave some for the police. They must have the same chance as ourselves, you know."
"Well, then, my inferences in this case were perfectly simple ones, drawn from well-known anthropological facts."
"My dear fellow, you have all the data. Enlighten yourself by the exercise of your own brilliant faculties. Don't give way to mental indolence." 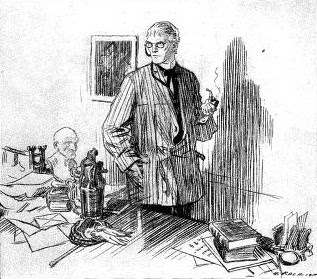 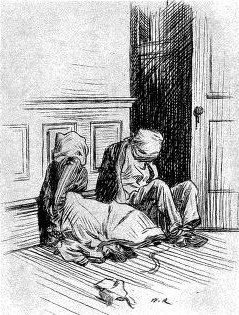 Typo: "He opening the bandbox" ["opened"] 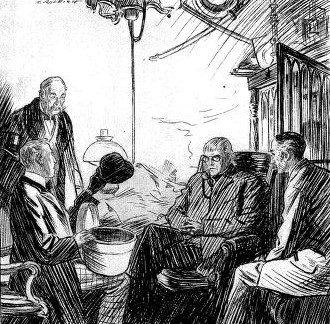 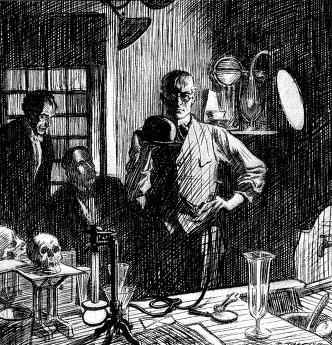 Resources:
- "The Anthropologist at Large" would seem to be the second Dr. Thorndyke short story adventure by Richard Austin Freeman (FictionMags); see Wikipedia (HERE) for info about
the author and (HERE) for more about his creation. Michael Grost's Freeman page (HERE)
is the most extensive we've found so far on the Internet. 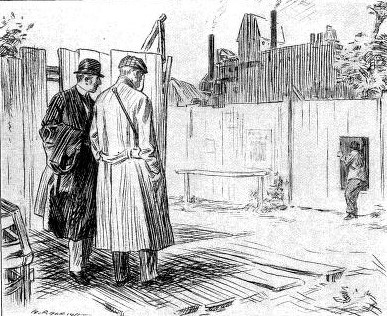 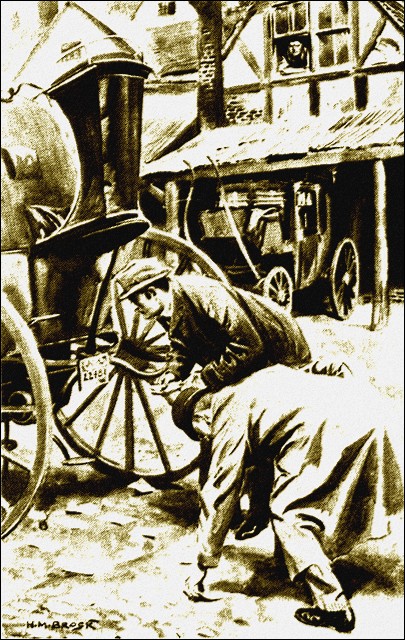 - A billycock hat, usually known as a bowler (Wikipedia, HERE), figures significantly in the plot of the story, giving Thorndyke a chance to perform his own amusing—but far more scientific—version of Sherlock Holmes's hat analysis:

"'I understand,' said he [Solomon Löwe], 'that by examining a hat it is possible to deduce from it, not only the bodily characteristics of the wearer, but also his mental and moral qualities, his state of health, his pecuniary position, his past history, and even his domestic relations and the peculi-arities of his place of abode. Am I right in this supposition?'

"The ghost of a smile flitted across Thorndyke's face as he laid the hat
upon the remains of the newspaper. 'We must not expect too much,' he observed. 'Hats, as you know, have a way of changing owners. Your own
hat, for instance' (a very spruce, hard felt), 'is a new one, I think.'
'"Got it last week,' said Mr. Löwe.

"'Exactly. It is an expensive hat, by Lincoln and Bennett, and I see you have judiciously written your name in indelible marking-ink on the lining. Now, a new hat suggests a discarded predecessor. What do you do with your old hats?'
"'My man has them, but they don't fit him. I suppose he sells them
or gives them away.'
"'Very well. Now, a good hat like yours has a long life, and remains service-able long after it has become shabby; and the probability is that many of your hats pass from owner to owner; from you to the shabby-genteel, and from them to the shabby ungenteel. And it is a fair assumption that there are, at this moment, an appreciable number of tramps and casuals wearing hats by Lincoln and Bennett, marked in indelible ink with the name S. Löwe; and anyone who should examine those hats, as you suggest, might draw some very misleading deductions as to the personal habits of S. Löwe.'
"Mr. Marchmont chuckled audibly, and then, remembering the gravity of the occasion, suddenly became portentously solemn." 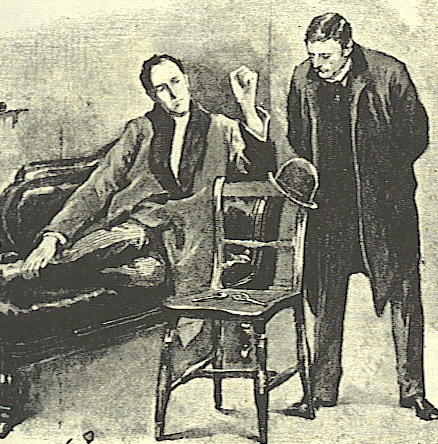 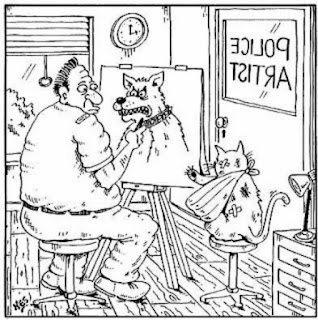