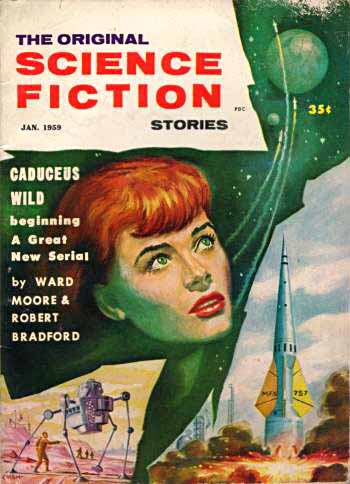 A really well-done old-fashioned murder mystery is quite rare these days, but even rarer is one with a science fiction/fantasy (SFF-nal) theme. Back in the '50s, uber-editor Robert Lowndes expressed hope that SFF authors would come up with more of them in the future, basing his conception of what a true-blue SFF-nal detective story should be on S. S. Van Dine's prescriptive rules dating from the '20s, most of which, in Lowndes's estimation, were still viable regarding what ought to and ought not to be used in a story. A worthy goal, certainly, but Lowndes evidently didn't get the memo from the hardboiled "realistic" crowd and their publisher cohorts that, as far as they were concerned, the traditional whodunit was, for all practical purposes, dead and buried . . .

A few excerpts:
"In following them [Van Dine's rules], the science fiction author can produce a story which, in so far as it is a puzzle for the reader to solve if he can, is as much of a sporting event as the offerings of Agatha Christie or Rex Stout . . ."

"A 'clue' does not have to be an object: It may be an event, a reaction on the part of some character, or a description of the scenery or setting which the detective has seen—but which he does not identify as a clue at the time."

"One well-used, but entirely legitimate, device is a character's 'evidence' which appears to be substantiated by someone else, but actually is not—we really only have this character's word for it." [Lowndes cites JDC's The Emperor's Snuff-Box: "the trickery was legitimate."]

"Van Dine here specifically rules out 'mind reading,' and this necessarily holds for the ordinary murder mystery. But in science fiction 'telepathy' could play a role so long as it
is properly controlled." [In the '50s and '60s, mind readers were often called "psi's" or "espers."]

"The culprit, too, must be a major character in the story—not a stranger or bit-part player—and someone in whom the reader takes an interest." [And not doing so is still a common reader complaint these days—except when authors fall in love with their char-
acters and forget they're writing a mystery with a plot.]

"In this passage, he [Van Dine] rules out '. . . pseudo-science and imaginative and specu-
lative devices'—again, a sound prohibition for the ordinary detective tale. And it is this taboo which has made so many feel that we just can't have a 'fair' murder mystery in science fiction."

"I think we can agree that the culprit should not be a professional criminal . . . The guilty one must not have any sort of organization to fall back upon that any other ordinary person might not have." ["organization": the Mafia, SPECTRE, and the like.]

"Like Van Dine, we insist upon murder (although lesser crimes may also be involved) for the main misdeed investigated—and the 'murder' must not turn out to have been accident
or suicide."

"The 'sporting' detective story of our times has a fine tradition, which continues, despite
the accumulation of shoddy imitations . . ." 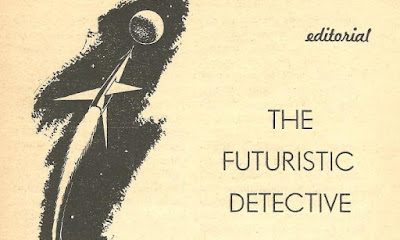 Resources:
- Our author, Robert Augustine Ward Lowndes, is remembered primarily these days for his SFF-nal editorial efforts, although he produced a respectable amount of fiction over the years. Like Isaac Asimov before him, Lowndes took it as a challenge to come up with an authentic science fiction detective story; he explains his thinking here:

"Back in the early '40s, I remember a bull-session that some of us had with John W. Campbell, where he stated definitively that there could never be any such thing as a science-fiction detective story in the traditional 'murder mystery' sense. His reason for this proclamation was that since almost anything can happen in a science-fiction story – the villain can pull any sort of dingus or super-phenomenon out of his hat – the reader would never have a fair chance to solve the mystery. I didn’t quite believe it, yet I couldn’t think of any counter-argument to throw at John at the time. But, as Holmes would have said, it was all so absurdly simple! Of course there can be science-fiction murder mysteries, offering the reader as good a chance to solve the crime as he has in any ordinary murder-mystery where the author is playing fair. And you can have science-fiction wonders and dinguses and super-scientific phenomenon, too: you just make it clear that nothing essential to the solution of the crime is wrapped up in super-science, or intricate phenomenon and extrapolation that only a scientific wizard could be expected to unravel. The motives, methods, and clues must all lie within the range of what is clearly presented to the reader. I hope Puzzle Planet will convince you that the murder mystery does have a place in science fiction."
— "The Puzzle Planet," Wikipedia (HERE; no major spoilers) 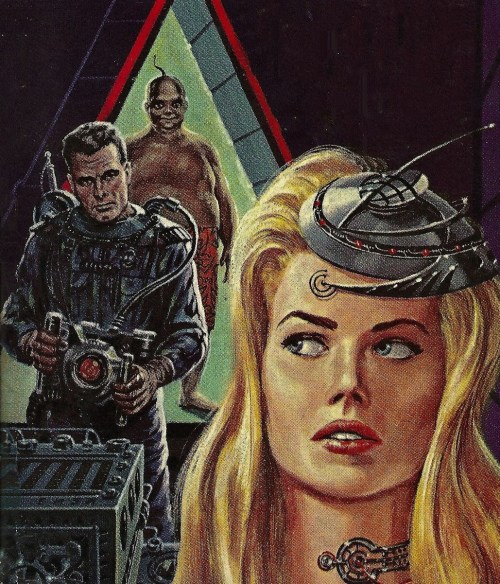 - Lots of information about Lowndes is on the Interweb: Wikipedia (HERE), the SFE (HERE), Fancyclopedia (HERE), and the bibliography at the ISFDb (HERE).
- Lowndes also wrote a "juvenile" space opera for Winston books, Mystery of the Third Mine (1953). 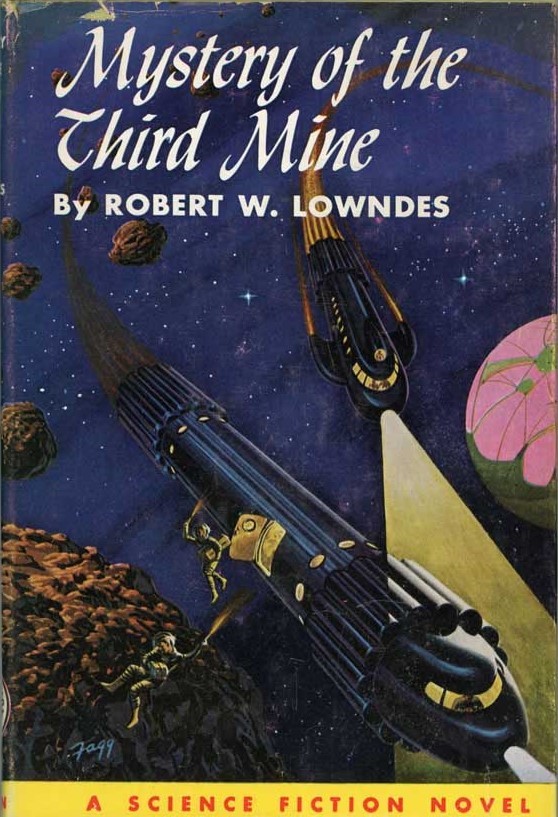