"Whenever Ellery Came to Wrightsville, Evil Came Out of Its Lair" 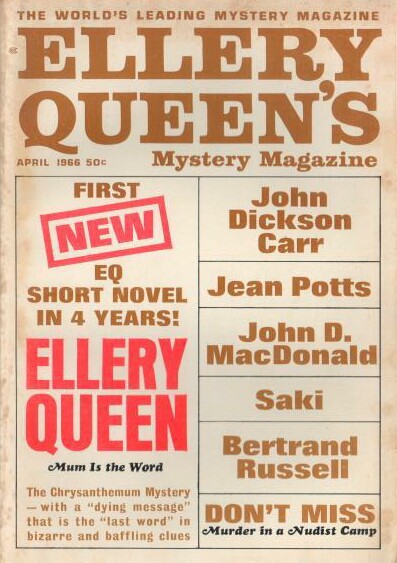 Instead of millions to bequeath to his family and friends, a retired flower fancier, old and unaware of his hidden illness, must admit to them that he has only thousands left of his fortune. However, there is one thing, he unwisely tells the group, of sentimental value to
him that could fetch a princely sum, a diamond pendant appraised at a million dollars.
And so begins, in the mind of someone who won't stop at murder, a plan to kill the old
man and make off with the gems—a scheme that would certainly work were it not for
the unplanned-for presence of an amateur detective genius from the Big Apple . . .

Characters:
- From Wrightsville:
~ Godfrey Mumford:
"These stones are perfectly matched. The Emperor's agents searched the world
to find enough of these rare yellow diamonds to complete the pendant. As a group,
they're unique."
~ Ellen Mumford Nash:
"Ellen Nash's eyes, as hard as the gems, became slitted. She had never heard of
Emperor Komei or the Imperial Pendant, but she was not invulnerable to beauty,
especially when it had a high market value."
~ Christopher Mumford:
"And he also told us that he was the only one who knew the safe combination.
He said he was going to make a note of the combination for us."
~ Margaret Caswell:
[About the murder weapon] "It's Godfrey's. I've never seen it anywhere but on
his desk. He was very sentimental about it . . . He used it as a letter opener."
~ Joanne Caswell:
"Jo smiled, but inside. She slipped a little mittened glove into his glove, and
they strolled toward the pines and the pale sun."
~ Wolcott Thorp:
"Thorp hung up, stared for a moment at the telephone, then dialed Operator.
'Operator,' he said, swallowing. 'Get me the police'."
~ Dr. Conklin Farnham:
[About the time of death] "Between four and five a.m., I'd say. A good spell
after the snow stopped, if that's what you're thinking of."
~ Chief Anselm Newby:
"No embroidery, Ellery—it's open and shut."
- From New York City:
~ Ellery Queen:
"Ellery in Blunderland. Through the Magnifying Glass . . ." 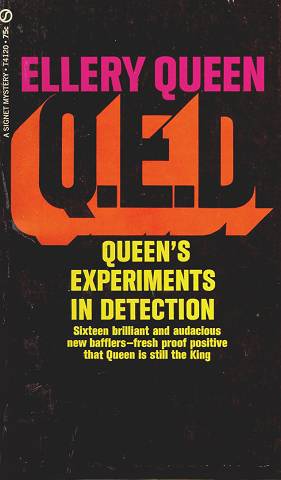 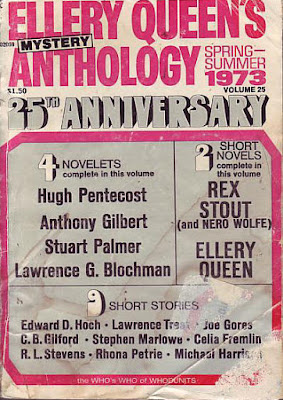 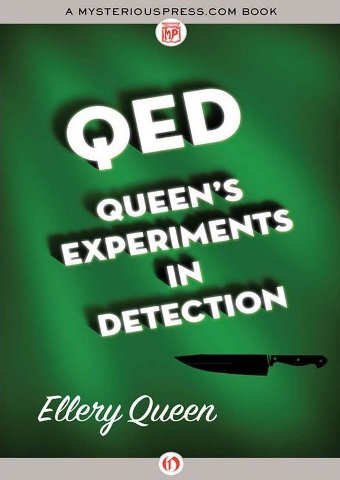