"Even Without Assembling the Facts, He Knew Who Had Killed Ann Herrick, and It Wasn’t Going To Be Good" 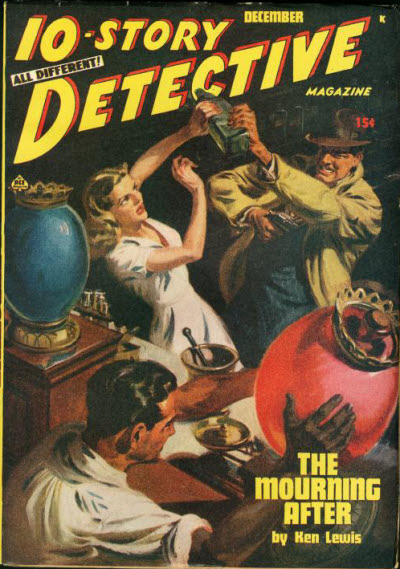 "Several people had a motive to kill the attractive redheaded widow. But it took the young doctor to analyze the ingredients that went into that rowboat rub-out."

Major characters:
~ Ann Herrick:
"Somebody beat her head to a pulp."
~ Chief Sam Wheeler:
"Raise your right hand."
~ Doctor Pete Allenby:
"I’ve been deputized to carry on a sort of investigation. I don’t know whether that empowers me to make an arrest—"
~ Sally Sandlock:
"He’d have slipped away if he could have been sure Sally wouldn’t keep getting into his dreams. But she would, and he might as well suffer here where it was cool."
~ Jimmy Sandlock, Sally's brother:
"She wasn’t anywhere around the place. Her boat was gone. Maybe she went for a row."
~ Linda Telford, Jimmy's betrothed:
". . . moved closer to him now, as if to soothe him."
~ Wayne Burnett:
". . . a large, handsome, soft-looking lad who probably hadn’t done a day’s work in his life. He had a very wide frank smile, full of gleaming white teeth, that would be a great deal more sincere if he used it less frequently."
~ Steve Beck:
"Then it was someone else. Steve Beck, maybe. He was running around with her. I happen to know Ann got men involved and then demanded money. And you know as well as I that Steve has only what Mayor Beck gives him for spending money."

Resources:
- Robert C. Dennis made his fortune in Hollywood (1950-84), chalking up nearly a hundred different credits for original television scripts and teleplay adaptations for shows like Alfred Hitchcock Presents (30 episodes), M-Squad, The Untouchables, Hawaiian Eye, Checkmate, 77 Sunset Strip, Perry Mason (22 episodes), The Wild Wild West, Hawaii Five-O, Dragnet 1967 (19 episodes), and other crime and non-crime-genre shows (IMDb HERE; Mystery*File HERE). Prior to making it in Tinsel Town, Dennis could be relied on to produce quality crime fiction for pulps like Dime Detective, Ten Detective Aces, and Black Mask; in the last he featured his only series characters, Margaret O'Leary and Willie Carmody (1946-50) (FictionMags data). 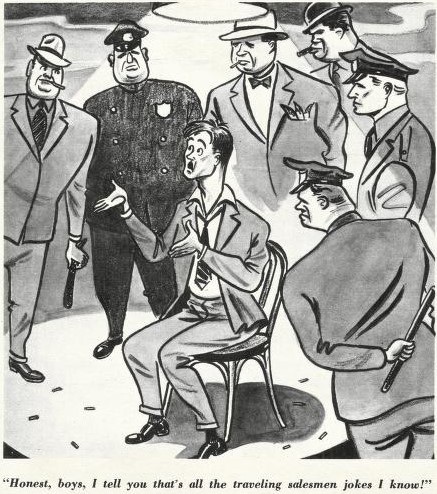