"He'd Never Been Scared the Way He Was Now"

WE'RE SO ACCUSTOMED to having our sleuthhounds sniff out crime that we tend to forget they can also hear it: 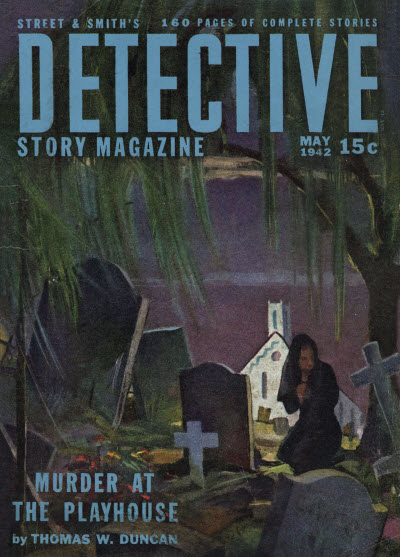 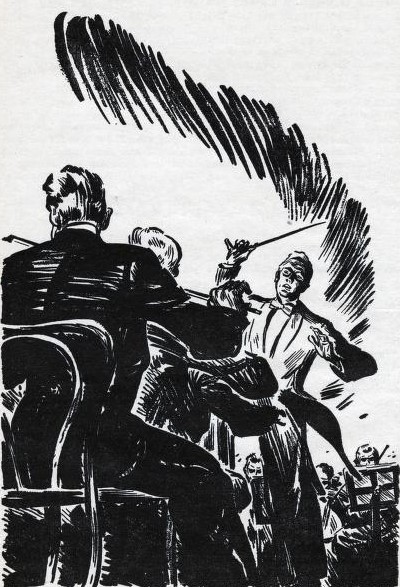 "A strangely familiar blond woman, with her eyes wide and half twisted out of their sockets and her mouth open with a shriek that still echoed in the room."

The clue that puts our sleuth on the trail to the real killer is simple enough—if you're a musician, that is: "The French horn was off pitch."

Characters:
~ Panachewski:
". . . was known for that kind of thing. When it came to women, he had no conscience and
no morals. More than one man was glad the conductor was dead."
~ Inspector Kraft:
"They got him five or ten minutes before the performance."
~ Patrolman Ernest Mathews:
"He'd joined the cops for one reason, and only one. Olga."
~ Olga Bagby:
". . . Mat knew that, if Olga came to him, he'd hand in his shield . . ."
~ Lewis Bagby:
". . . growled and insulted him and took his money, but Mat knew he was making things easier for Olga."
~ Andy Markhof:
"They resented him, and their resentment was all too apparent." 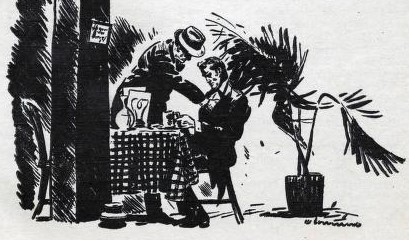 Resources:
- FictionMags tells us about Lawrence Treat: "Mystery writer, born Lawrence Arthur Goldstone; name change in 1940. Born in New York City; lived in Massachusetts."
Our only other encounter with him is (HERE), with more informational links.
- The WPA serves as an element in the story; from Wikipedia (HERE and HERE) we learn:

"The Works Progress Administration (WPA; renamed in 1939 as the Work Projects Administration) was the largest and most ambitious American New Deal agency, employing millions of people (mostly unskilled men) to carry out public works projects, including the construction of public buildings and roads. In a much smaller project, Federal Project Number One, the WPA employed musicians, artists, writers, actors and directors in large arts, drama, media, and literacy projects.
". . . Directed by Nikolai Sokoloff, former principal conductor of the Cleveland Orchestra, the Federal Music Project employed over 16,000 musicians at its peak. Its purpose was to establish different ensembles such as chamber groups, orchestras, choral units, opera units, concert bands, military bands, dance bands, and theater orchestras that gave an estimated 131,000 perfor-mances and programs to 92 million people each week. The Federal Music Project performed plays and dances, as well as radio dramas."

- At one point we read: "They sabotaged him the way the Norwegians tricked the Nazis"; see Wikipedia (HERE) for what is meant.