THE PROBLEM presented by an invisible assassin has engaged the attention of quite a few authors; H. G. Wells really got the ball rolling when he devoted a whole book to the idea. After that, it quickly became a cliche, although some not-too-clever writers have had their stories founder on this one plot point. Let's see how Charles B. Child has his series character Chafik J. Chafik, Inspector in the Baghdad police department, deal with the problem of an . . . 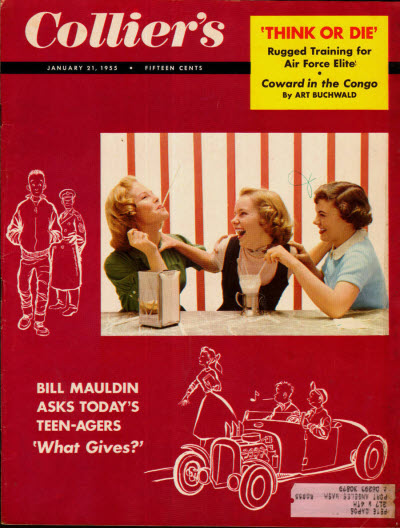 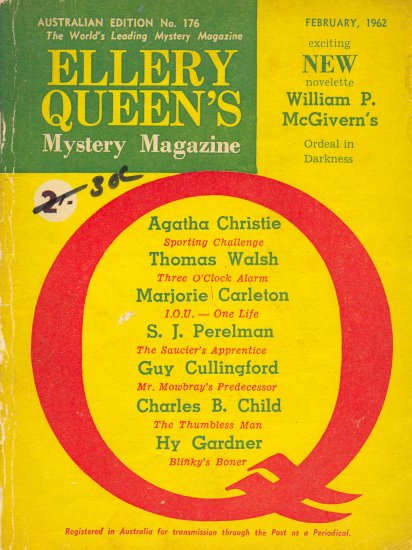 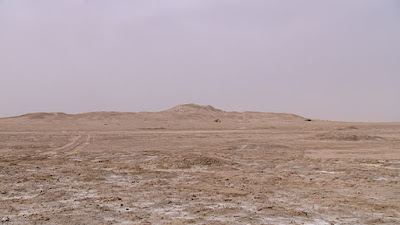 "He opened his eyes and saw the soft glow of a lamp, not the flames of the stars; the anxious face of a woman, not the shadowy form that had attacked him."

A pretty problem, indeed: "the victim had been strangled, yet witnesses swore no murderer was present . . ."

Characters:
~ Chafik J. Chafik:
"I did not die here; my corpse should not have been moved."
~ Jamil Goury, "the Rabbit":
"I know all about Mr. Goury, except how he died."
"He was strangled."
~ Sergeant Abdullah:
"Pressure on the dead man's throat was equal at all points of contact, so it would appear that the strangler lacked thumbs."
~ Richard Garwith:
"Somebody stumbled over the power cable and unplugged it from the generator. There were a dozen of us in the shaft at the time: the doctor in front of me, Gisela in back, then Mahomet Kubba and a party of workers. All of a sudden, it was blacker than hell down there."
~ Dr. Julius Anton:
"I could not move him, someone—something held him fast. And then his body became limp. I reached over him to grapple with whatever was holding him. Nothing was there! And then all at once he was free and I got his body out."
~ Gisela Anton:
"So, another scientific mind?"

Chafikisms:
"We of the Baghdad police should concern ourselves solely with corpses of our era."
"A surfeit of witnesses is as bad as none at all."
"I am always at the beck of somebody's corpse."
"Wine and women, when left standing, become sour, although in this case another man appreciates the vintage and would sip." 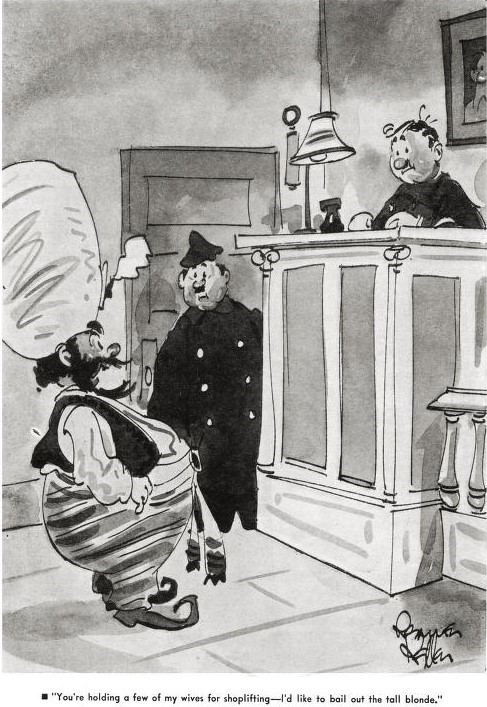