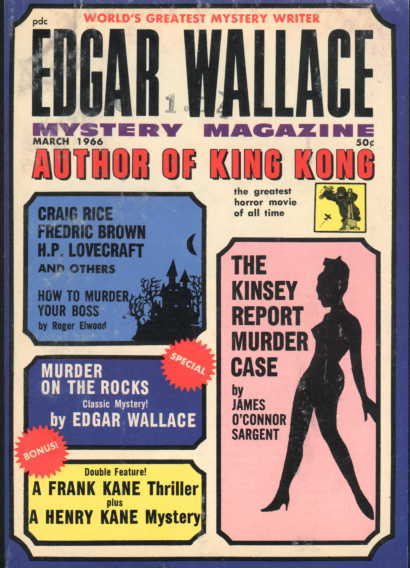 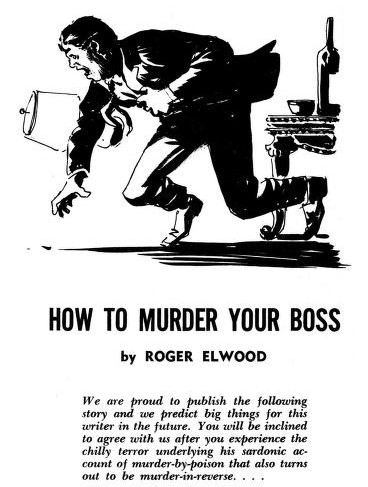 ". . . it served no purpose to have a dying man gag horribly, tongue protruding from between puckered-up lips, eyes bloodshot with mortal anguish, lungs gasping for air and then the body going limp, stiff as
a board."

Occasionally Charon gets lonely, and only one soul in the boat isn't nearly
enough . . .

". . . spoke softly and deliberately, his left hand touching his chest as though in a
brief moment of inner pain."
~ Gladys:
"Without Gladys to clean for him twice a week, he would also have had the added disadvantage of several inches of dust and dirt."
~ The landlord:
". . . turned to one of the two detectives who were getting into a nearby squad car." Resources:
- Roger Paul Elwood's small fiction listing on FictionMags doesn't really reflect his untiring ability to issue numerous anthologies of science fiction and fantasy (ISFDb HERE), which, paradoxically, earned him severe criticism in the SFF community (Wikipedia HERE and the SFE HERE); "I See Death in a Shadow" (Mike Shayne Mystery Magazine, June 1964) and
"How to Murder Your Boss" seem to be his only crime fiction stories.