"Old His Clay May Be, but There Was Still in Him the Ancient Bloodhound Catching a Distant Whiff of a Chase to Come" 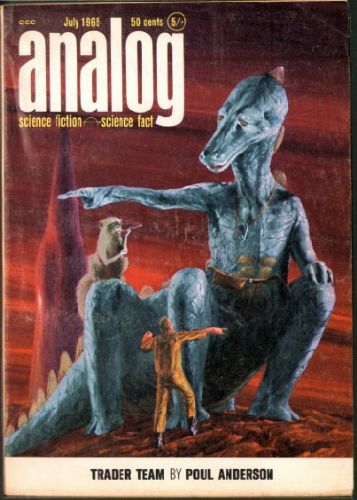 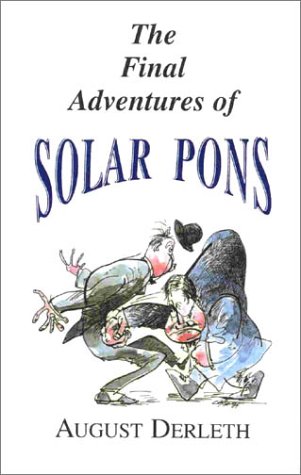 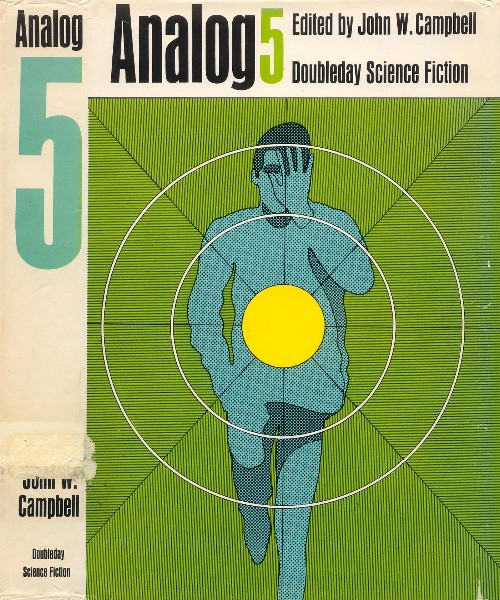 "In which the Immortal Detective, despite his great age, proves the advantages of native wit in solving problems . . ."

The Sage of Baker Street, now officially in retirement, is approached by a young man with a most unusual request, namely to initiate a genuine search (not a fake one) for any space aliens who might happen to be running around London, the intent being to placate the young man's father, who is inclined to believe they're already here. You probably won't be surprised to hear that there's a fortune at stake . . .

Characters (in order of appearance):
~ Dr. Watson, an old, if massively irritated, friend:
"I suppressed a yawn. Was this to go on forever? What in the world were they getting at?"
~ Sherlock Holmes (or is it Solar Pons?), retired octogenarian consulting detective:
"I never close a case . . ."
~ Peter Norwood, son of Sir Alexander:
"Men from Mars. Spaceships, I suppose. All that sort of rot."
~ Mullins:
A "middle-aged, work bent servant".
~ Sir Alexander Norwood, of Closton Manor:
"Peter, I am afraid, is of the opinion that I am somewhat around the bend."
~ Alfred:
"Doing wot?"
~ The man:
"His eyes came again to me and I had the impression of being quickly weighed and rejected as an element to be considered in this nonsensical verbal duel."

Typos: "introduced us with a flare"; "Sir Aexander"; "for a monent"; "faintily".

Resources:
- This story strongly correlates with "The Adventure of the Norwood Builder" (1903), collected in The Return of Sherlock Holmes; for more, see Wikipedia (summarized HERE; SPOILERS), the IMDb (filmed in 1985; HERE; SPOILERS), and the full text at Sherlock Holmes Stories (HERE; PDF).
- During the course of the story, mentions are made of "the case of Kaspar Hauser," which Wikipedia details (HERE), as well as "flying saucers" (HERE), H. Spencer Jones (HERE), "a young German chap, Willy Ley" (HERE), Charles Fort (HERE), bug-eyed monsters (HERE), the British Museum (HERE), "The Case of the Cutter Alicia" (HERE), the Great Mogul Diamond (HERE), the Noche Triste (HERE) of Hernando Cortés (HERE), the sarcophagus (HERE) of Alexander of Macedon (HERE), and Roger Bacon's (HERE) Elixir Vitae (HERE).
- For more about Dallas McCord "Mack" Reynolds go to Wikipedia (HERE), the SFE (HERE), and the ISFDb (HERE), and for the uncredited August William Derleth (HERE). 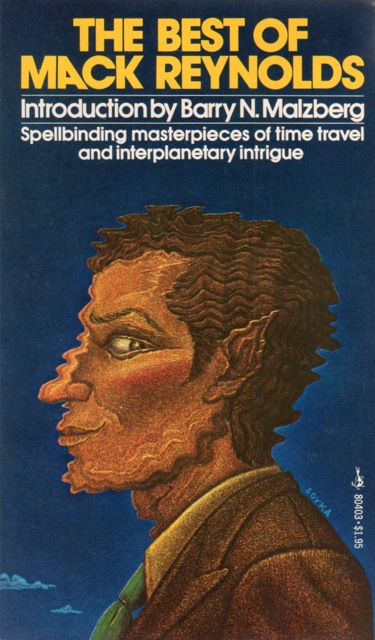