BECAUSE OF A SERIES of low-budget films, Hugh Wiley's James Lee Wong is known today to far more people through that medium than he was even in his heyday in print (20 stories for Collier's, 1934-38 and 1940; 3 for Blue Book, 1940-41); Wong was personified in five cash-challenged movies (1938-40) by the great Boris Karloff and in one extra (1940) by
an authentic Chinese actor, the also great Keye Luke. Today's story is Wiley's third from
last adventure featuring James Lee [the "Wong" being omitted], a U.S. Treasury agent
on the trail of . . . 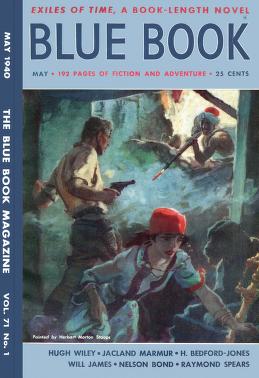 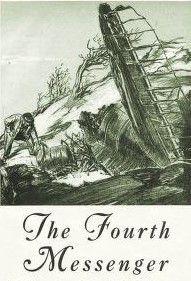 "That famous Chinese-American G-man known as James Lee here deals with a most spectacular crime."

With three mysterious plane crashes in close succession, we'd do well to remember
Auric Goldfinger's remark, "They have a saying in Chicago: Once is happenstance.
Twice is coincidence. The third time it's enemy action." . . .

"Bring me a drafting-board and a protractor, a couple of triangles, a scale and
a straight-edge."
~ Chandler Hill:
"Is this a Black Hand letter?"
~ Yut Sung:
"Under cover, the old Chinaman had for long years played an important role
in the complex politics of his native land." 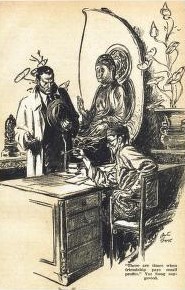 ~ The garage-man:
"Mister, she must of landed like a ton of brick!"
~ Riley:
"Five or six of them were evidently under cover."
~ Wilbur:

"The terminal boys heard from that pilot forty minutes after he took off, and
that was the last message."
~ Grace Howard:
"There's a mystery angle to her that I never knew before."

Resources:
- REFERENCES: "he came on the China Clipper": According to Wikipedia (HERE), "The
Pan Am Boeing 314 Clippers brought exotic destinations like the Far East within reach
of air travelers and came to represent the romance of flight." (Trivia: The aircraft that
crash in our story could be Boeing 247Ds, which, unlike the DC-3 and the Stratoliner,
had accommodations for only ten passengers; the Blue Book artist, however, elected
to depict a DC-3.)

~ "training flyers for Chiang Kai-shek": Wikipedia (HERE) says, "Chiang Kai-shek (1887-1975) was a Chinese nationalist politician, revolutionary and military leader who served as the leader of the Republic of China between 1928 and 1975, first in mainland China until 1949
and then in Taiwan until his death."
~ "written with a thin brush in the Hing Shu or running hand": The stubbed article at Britannica.com (HERE) tells us that Xingshu is "a semicursive Chinese script that
developed out of the Han dynasty lishu script at the same time that the standard
kaishu script was evolving (1st–3rd century A.D.). The characters of xingshu are not abbreviated or connected, but strokes within the characters are often run together."

~ "there is a Chinese method of torture known as the Thousand Deaths": A reference to Lingchi (Wikipedia HERE).
- The always reliable FictionMags Index has a Hugh Wiley bibliography (HERE), while Fandango (HERE) has a concise article about him, and the IMDb (HERE) has a filmog-
raphy; for more about the movies, also consult Robert W. Finnan's page (HERE). 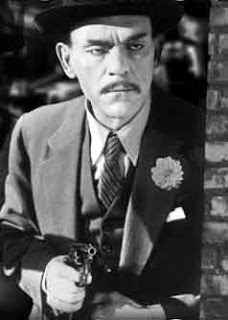