"I Daresay There's More to This Sherlock Holmes Business Than Just That?"

IF YOU'VE BEEN browsing through old copies of Ellery Queen's Mystery Magazine, MacKill's Mystery Magazine, The Saint, Creasey, or Edgar Wallace Mystery magazines dating from the 1950s and '60s, you will have doubtless come across a variety of crime fiction by one Nigel Morland (not his real name); Morland had only two series characters (see "More resources" below), one of whom was Constable Gill, the star of these two stories . . .

"He was taking a very long chance indeed, and if he made a mistake, dismissal and damnation would be his inevitable reward . . ." 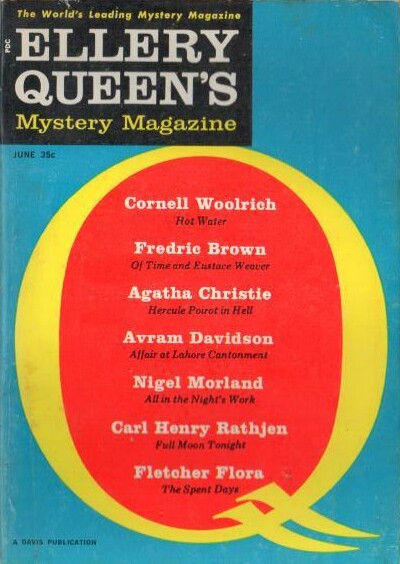 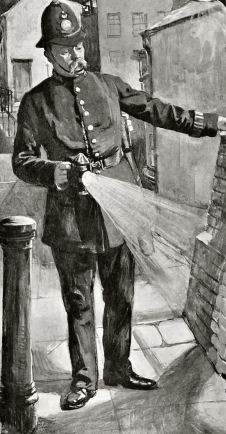 "Nothing unusual ever happened on Constable Gill's beat—until that mid-summer night on aristocratic Hertford Street . . . Now observe a London bobby at work."

If a murderer, like the one in our story, ever finds it necessary to hoodwink the police, he could certainly benefit from knowing the difference between a male and a female . . .

Characters:
~ Constable Gill:
". . . an old-fashioned man who clung faithfully to a drooping, curtain mustache which went well with a large and corpulent body."
~ Mrs. Gill:
". . . as stout and kindly as her husband . . ."
~ Tom Cowley:
". . . still a probationer with another year to serve."
~ Dane of the C.I.D.:
". . . a big man, as big as Gill, with a bleak face and rumpled clothes."
~ Farrar:
"There's a secret drawer where I put a diamond I bought for—well, a lady friend. Paid nine thousand pounds for it."
~ Marshall:
"The occiput's crushed like an eggshell—must've been a heavy blow."
~ The divisional surgeon:
". . . sighed but made no remark, knowing perfectly well the police cannot regard a corpse, even if it were cut into sections, as officially dead until the physician says so."
~ The Desk Sergeant:
"Probably burn you at the stake, they will, chum!"

"I found the thief easily, sir." 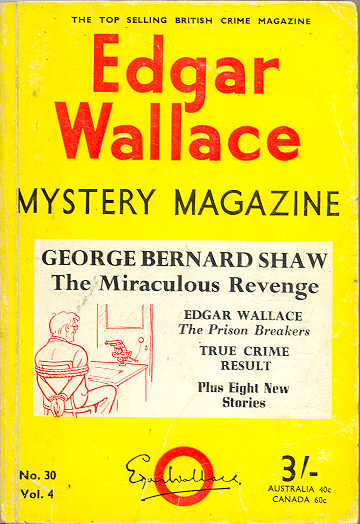 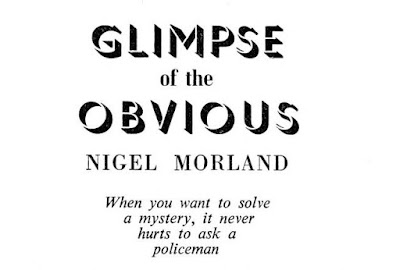 A priceless diamond (aren't they all?) goes missing at a Christmas party, but the game's the thing wherein a clever copper will catch an incautious thief . . .

". . . glared mournfully across the waste of slush and snow which covered Curzon Street,
his large body shivering a little under his heavy winter uniform."
~ Bellamy:
"Been a robbery."
~ Sir Osgood (or is it Gerald?) Quarles:
". . . it was my diamond, hang it!"
~ Mrs. Quarles, John and Michael, Lady Thameshire and Miss Templeton, Fritz Kaune, and Reverend Mr. Thomas Wellbeloved:
"The gathering gave a sort of shocked attention to the big, solemn policeman in the door-way, his helmet under his arm and his round, balding head possessing a sort of common-place courtesy as if a god had come to the aid of mortals but was not prepared to play any favourites."