"One After the Other, Day After Day, My Men Have Been Murdered" 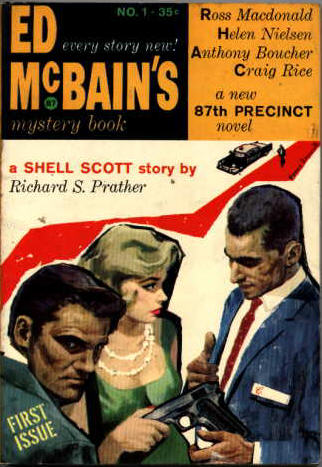 Collected in Murder, Mystery and Malone (2002; for sale HERE). 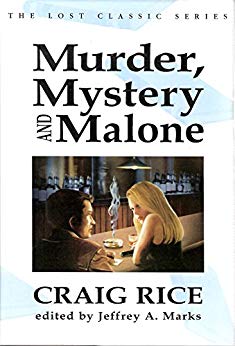 "Four magazine salesmen were dead—and the big problem, Malone told himself, was how to avoid solving the case."

There was a time when people selling periodicals door-to-door ranked in popularity right down there with used car salesmen, but even Malone has to admit this is going too far . . .

Characters:
~ John J. Malone:
"Sounds like murder. But I'm sure the police can take care of it."
~ Joe the Angel:
"You don't look so hot."
~ Frank Gunderson:
"Malone, I don't want to sound paranoid."
~ Harold Cowperthwaite:
"Malone sighed, wishing the little man wouldn't talk exclusively in exclamation points."
~ Von Flanagan:
"They should kill every last one of them."
~ Charlie Stein:

". . . a useful little man who served as Dun and Bradstreet for a world far removed from
Wall Street . . ."
~ Max Hook:
"Why kill somebody who owes me money? That doesn't make sense, Malone."

"Call it screwball noir, call it hard-boiled farce, call it whatever you want comedy, but very few writers have managed to combine the hardboiled detective novel and comedy. Jonathan Latimer succeeded with Bill Crane, Norbert Davis had a good long run with it and Craig Rice did it with JOHN J. MALONE, her ne'er-do-well bibulous attorney.
"Despite being billed as 'Chicago's noisiest and most noted criminal lawyer,' Malone acts more like a private eye than a member of the court. And a particularly hard-drinking private eye, at that. Despite a rep for courtroom pyrotechniques, he's far more likely to be found at Joe the Angel's City Hall Bar than in any court.
"Along with his boozing buddies, Jake Justus and Helene Brand (later Justus), an affable young couple, he drank his way through a whole slew of novels and short stories, not to mention later film, radio and television appearances. Seemingly inept and irresponsible, he nevertheless somehow (luck of the Irish?) managed to crack the case every time.
"Even if his methods were a wee bit, uh, unorthodox, and his interpretation of the law rather elastic. Malone always seems less interested in going to trial than in playing P.I."
— Kevin Burton Smith, "John J. Malone," The Thrilling Detective Web Site (HERE).