"Prophet Still, If Bird or Devil"

DOUBLES IN FICTION have been a popular trope from ages past, and in detective fiction the notion has proven no less popular with Agatha Christie, John Dickson Carr, and many other writers, with today's author being no exception (see "Resources: Doppelgänger" and
"evil twin" below). 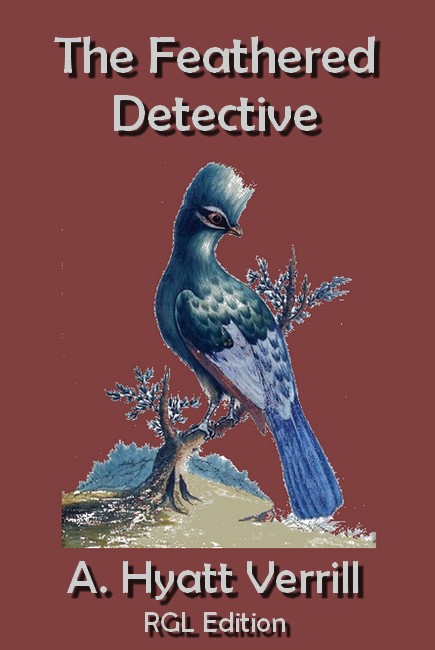 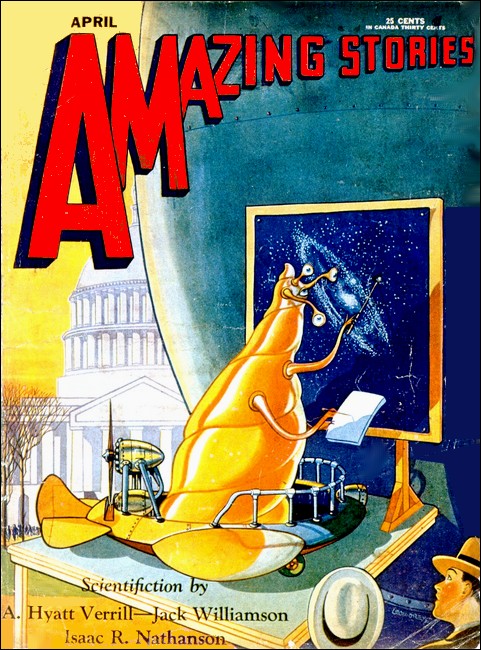 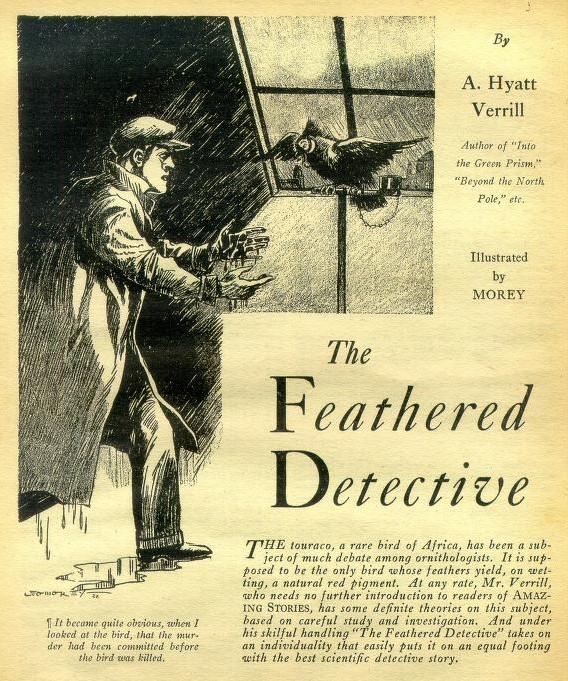 ". . . then I noticed that the cage of the parrot was empty and that the bird was dead, too, lying in a mess over by the window."

Murdering a man is one thing, but also murdering his bird seems to be overdoing it . . .

Major characters:
~ Carrie, the maid:
"Murder it is, sir! Oh, Lord, ha' mercy on me; but I can see his eyes now, sir. All glazed and glassy like, an' rolled up and his face as purple as a pansy, sir. Lord ha' mercy!"
~ Constable Haley:
". . . wasn't taking any chance of being called off by the coroner, and was leaving both corpus delictis where he found them."
~ Chermondy, the coroner:
"Choked, strangled. 'Pon my honor, yes. Garrotted with a thong. Well, well!"
~ The sergeant:
"Maybe the murderer cut himself, or maybe the parrot nipped his finger, sir. No doubt he wrung the bird's neck to stop his squalling, and parrots have a nasty way of nipping, you know, sir. At all events he left bloody fingerprints . . ."
~ "Big Ben" Pollard:
". . . was buried, and a fine funeral he had, too, with flowers and a silver-trimmed coffin and plumes on the hearse and all, and everyone in the village out to follow to the grave. Yes, and even the man accused of murdering him was allowed to attend the services, though guarded by two constables at that."
~ The stranger:
". . . aside from the beard, and he being a younger man, I'd have said he and Big Ben might have been twin brothers. But there was one thing; this man didn't bring a parrot with him."
~ Professor Judson:
"It was a species of touraco—a rare, an exceedingly rare bird of African origin. And a most remarkable bird. Perhaps in some ways the most remarkable bird, for it's the only bird in the world whose feathers are actually green but actually contain red pigment. And this was a unique specimen, a specimen in captivity."
~ Roger Keats:
"Whether the bird was killed first or whether the murder was committed first has no direct bearing on the case."
~ Jimmy:
". . . just then Jimmy the porter comes in and takes the bird, cage and all, and starts to go out."
~ Bob, the narrator:
"I looked at Bess and Bess looked at me and we both shook our heads."
~ Bess:
". . . the neatest bit of a barmaid that eye could see—a pert, bright-eyed, laughing lass with hair as red as his own, but a right proper girl at that."

Resources:
~ REFERENCES:
~ "And where do you suppose he got gold, me lad, with no gold knocking about ol' England since the war?": After World War One England temporarily abandoned the Gold Standard, resulting in the virtual disappearance of gold coins in common circulation. 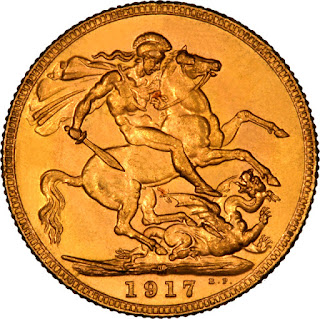 ~ "coming up on the Portsmouth coach we'd taken it for granted he'd come over seas": To Englishmen, the name Portsmouth is synonymous with sea-faring. "At the turn of the 20th century, Portsmouth was considered 'the world's greatest naval port' when the British
Empire was at its height of power, covering a quarter of Earth's total land area and 458
million people." (Wikipedia HERE). 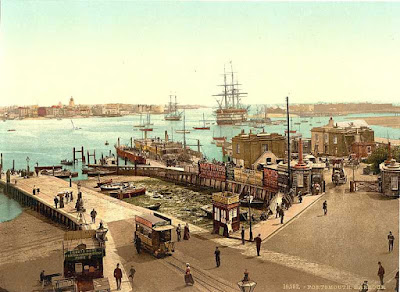 ~ "passing the bit of spinney by Ockam Dean": "chiefly British: a small wood with under-growth." (Merriam-Webster Dictionary HERE).
~ "in Basutoland they find the stones as thick as thorns on a gorse bush": Like most former Crown colonies, it has a different name now.

"Basutoland was a British Crown colony established in 1884 due to the Cape Colony's inability to control the territory. It was divided into seven adminis-trative districts: Berea, Leribe, Maseru, Mohale's Hoek, Mafeteng, Qacha's Nek and Quthing. The colony was brought under direct authority of Queen Victoria, via the High Commissioner, and run by an Executive Council presided over by a series of British Resident Commissioners. Basutoland was renamed the King-dom of Lesotho upon its independence from the United Kingdom on 4 October 1966." (Wikipedia HERE).

"A doppelgänger is a non-biologically related look-alike or double of a living person, sometimes portrayed as a ghostly or paranormal phenomenon and usually seen as a harbinger of bad luck. Other traditions and stories equate a doppelgänger with an evil twin. In modern times, the term twin stranger is occasionally used. The word 'doppelgänger' is often used in a more general and neutral sense, and in slang, to describe any person who physically resembles another person." (Wikipedia HERE).
"The evil twin is an antagonist found in many different fictional genres. The twin is physically nearly identical to the protagonist, but with a radically inverted morality. In films, they may have a symbolic physical difference from the protagonist—such as a goatee beard, eyepatch, scar, or distinctive clothing—which makes it easy for the audience to visually identify the two characters. Sometimes, however, the physical differences between the characters will be minimized, so as to confuse the audience. Both roles are almost always played by either the same actor or the actor's actual twin (if the actor has one). Though there may be moral disparity between actual biological twins, the term is more often a used figuratively: the two look-alikes are not actually twins, but physical duplicates produced by other phenomena (e.g., alternate uni-verses). In other cases, the so-called 'evil' twin is a dual opposite to their 'good' counterpart, possessing at least some commonality with the value system of the protagonist." (Wikipedia HERE).
"Take a popular character and introduce us to the evil version of this character. Naturally, it's a favorite Soap Opera device. It's also very
prevalent in genre shows . . ." (All the Tropes HERE). 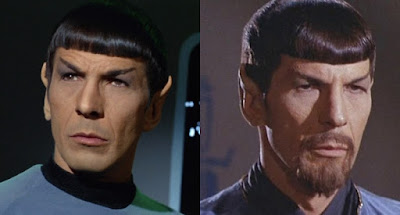 - The touraco (normally spelled turaco, with the one in our story actually belonging to the tauraco genus) is indeed a rara avis, but not a parrot as many think. "Indeed, as opposed to any other known birds, Tauraco turacos are the only living bird taxa that have any significant green pigment whatsoever, as the greens of many parrots etc. are due to structural color, not pigment." (Wikipedia HERE and HERE). It's very important to our story that the feathers of
the bird have turacin pigment. (Wikipedia HERE). 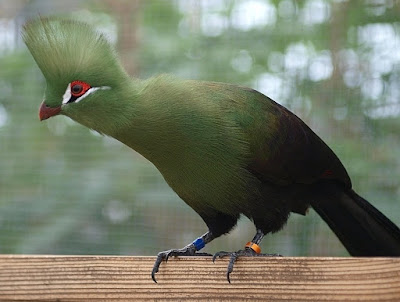 - Alpheus Hyatt Verrill was quite the polymath; the SFE characterizes him as a "U.S. naturalist, explorer and author, most of whose circa 105 books were nonfiction; he contributed a science column to American Boy. He also wrote juveniles, of which
the Boy Adventurers sequence is of some sf interest." See Wikipedia (HERE), the
SFE (HERE), and the ISFDb (HERE). 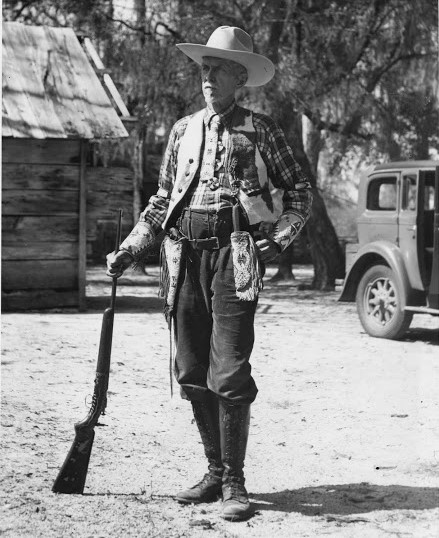