"The Door Swung Further Open Until a Man Lurched Out Sideways"

OUR NEXT NARRATIVE (epistolary in form) is a slippery item indeed; let Ellery Queen (the editor) elucidate:

". . . here is another story by Mr. [Lawrence] Blochman — this time an original about Marshall T. Custer, demon detective-story writer and a
devil of a deducer with clue and corpse — and again the author, with
malice aforethought, has scattered errors throughout the text. There
are eighteen intentional mistakes, with as wide a range of subject
matter as in Mr. Blochman's earlier story ['The Girl with the Burgundy
Lips']."

Definitely a challenge to the reader, but to relieve your anxiety editor Queen does offer in his introduction three possible approaches to reading the story. Good luck! 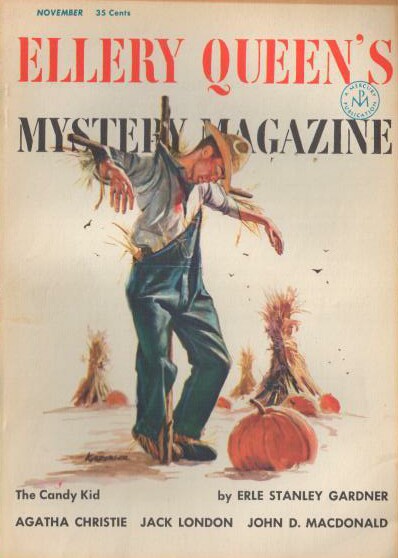 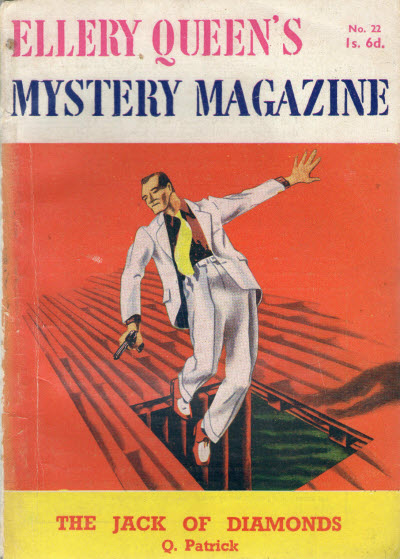 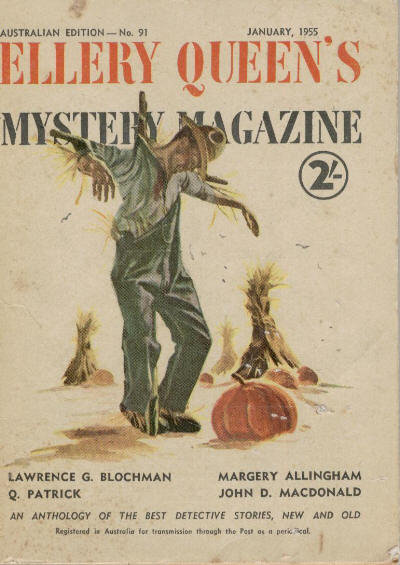 Spoofing the public has its perils—murder, for instance . . .

Major characters:
~ Betty Morningstar:
"I think somebody is going to murder my husband, and that they'll blame me."
~ George Aladdin:
"Wire coat-hangers jangled as he stared at me with dead eyes."
~ Marshall T. Custer:

"Now you're beginning to look like a story-book shamus, Custer. What hit you?
A beer truck?"
~ Irving Jeffries:
"Where's Annabel?"
~ Annabel:

"I did come early. But George wasn't here so I went out for an ice cream soda
with Mr. Newsom."
~ Frank Newsom:
"Blue ears! Oh, lord! Blue ears!"
~ Kenneth Kilkenny, detective first grade:
"Tuck that babe under your arm, shut yourself in the kitchenette, and scramble
a few clues. Goodbye now."

"In popular usage the term 'central casting' has come to denote an unspecified source of stereotypical types for film or television, as in a character being 'straight out of central casting'." (Wikipedia HERE).

~ "Abie's Irish Rose": Initially a play dating from the '20s, later a radio series and films.

"Although initially receiving poor reviews, the Broadway play was
a commercial hit, running for 2,327 performances between May 23,
1922, and October 1, 1927, at the time the longest run in Broadway
theater history . . ." (Wikipedia HERE). 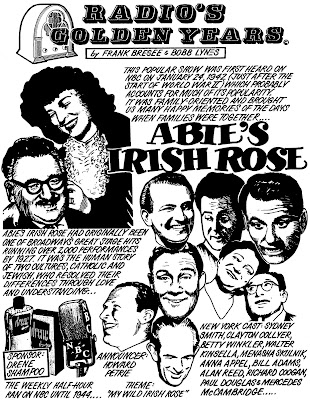 ~ "the nervous Cerberus": Used metaphorically in our story.

"In Greek mythology, Cerberus, often called the 'hound of Hades', is a multi-headed dog that guards the gates of the Underworld to prevent the dead from leaving." (Wikipedia HERE). 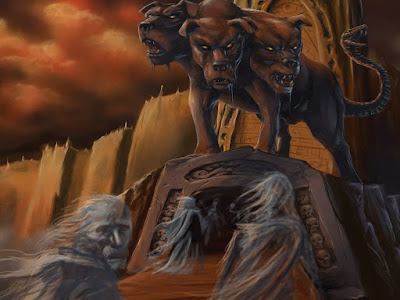 "Poverty Row was a slang term used in Hollywood from the late 1920s through the mid-1950s to refer to a variety of small (and mostly short-
lived) B movie studios. Although many of them were on (or near) today's Gower Street in Hollywood, the term did not necessarily refer to any
specific physical location, but was rather a figurative catch-all for low-
budget films produced by these lower-tier studios." (Wikipedia HERE). 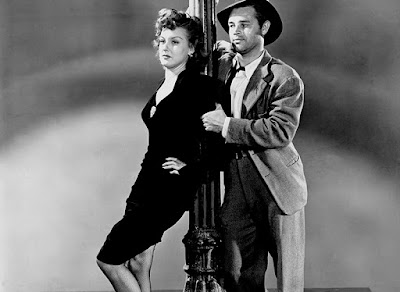 "Also known as 'Neck Wrench', the wrestler faces his opponent
who is bent over. The attacking wrestler tucks their opponent's
head underneath his armpit and wraps his arm around the neck
so that the forearm is pressed against the throat. The wrestler
then grabs his own wrist with his free hand, crossing it under-
neath the opponent's armpit and chest to lock the hold in, com-
pressing the opponent's neck. The attacking wrestler can then
arch backwards, pulling the opponent's head forward and thus
applying extra pressure on the neck."
(Wikipedia HERE).

~ "LaGuardia Field": There was a time when plane spotting was a favored pastime.

"The airport was dedicated on October 15, 1939, as the New York
Municipal Airport, and opened for business on December 2 of that
year. It cost New York City $23 million to turn the tiny North Beach
Airport into a 550-acre (220 ha) modern facility. Not every-one was
as enthusiastic as La Guardia about the project; some regarded it as a
$40 million boondoggle. But the public was fascinated by the very idea
of air travel, and thousands traveled to the airport, paid the dime fee,
and watched the airliners take off and land." (Wikipedia HERE). 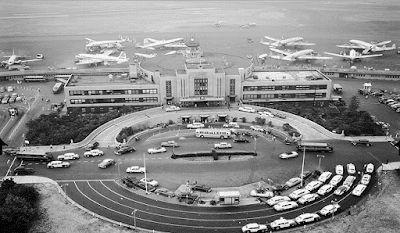 "A publicity stunt is a planned event designed to attract the public's
attention to the event's organizers or their cause. Publicity stunts can
be professionally organized, or set up by amateurs. Such events
are frequently utilized by advertisers, and by celebrities who notably
include athletes and politicians." (Wikipedia HERE).