IN THE VACUUM created by the vanishment of new Sherlock Holmes stories from contemporary magazine publications, there was a rush on the part of detective fiction authors to fill that void with their own versions of the Sage of Baker Street, one of
whom was Peter J. Clancy, the creation of established pulp author H. Bedford-Jones
and possibly the only private detective who is/was also a practicing dentist. Clancy
appeared in only eight adventures before Bedford-Jones moved on to Durant, his
next series character. 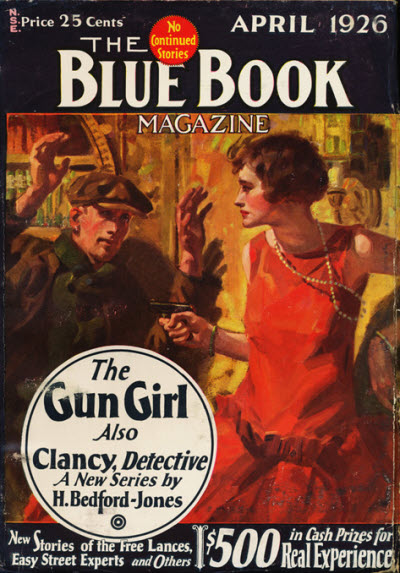 Collected in The H. Bedford-Jones Pulp Fiction Megapack: 20 Classic Tales by the King of the Pulps (2014; for sale HERE). 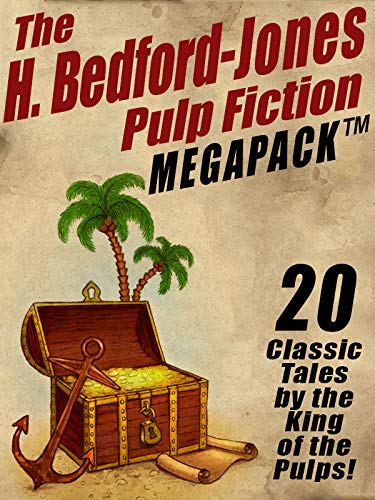 "I'll give you a job—if you can tell me the difference between a Sydney View and a Saint Helena grilled."

On its surface, the murder of a stamp dealer in the Rue St. Honoré would seem to be a case of theft unintentionally escalating into a killing, and to all appearances that is how the police regard it; however, this apparently simple crime has far-reaching implications . . .

"I looked at the dead man. A small, swarthy, fat little chap, he had been one who dressed carefully for his business, with morning coat, starched front and cuffs—even a rosebud in
his buttonhole. The left arm was stretched out away from the body. Under it, the coat had
been pulled away, vest and underwear cut to permit examination of the wound. From the
man’s immaculate appearance, I concluded he had been caught unawares. Whoever had
looked at the wound had probably done the slight disarrangement visible—or so I thought."
~ Gersault, thief, and the obvious prime suspect:
"The police have arrested a man named Gersault, of the Apache class, on the strength of his fingerprints."
~ Peter J. Clancy, D.D.S., of 33 Bis, Rue Cambon:
"Gloves save prints, but they carry scent."
~ Jim Logan, initially a newspaperman but presently unemployed:

"I went back to my lodgings, feeling that my first essay as a detective was not up to story-book style, by a long shot."
~ The Préfect:
"'Most people are usually surprised by the efficiency of Paris police,' he returned, beaming on me."
~ The gendarme:
". . . not the usual agent, but the rarely seen gendarme, in all his glory . . ."
~ Phil Brady:
"I know your friend Clancy—he doesn’t fool away time on nothing. If it’s politics, it may reach anywhere."
~ Georges Lebrun:
". . . was almost a dwarf in size, but his pride made up for lack of inches."
~ Jean Galtier:

"Pale-haired, chalky of face, indeterminate, thin-lipped, a man of perhaps
thirty-five, Galtier looked no man to be the lover of a fashionable beauty. I
understood that these women reduced their lovers to a platonic state, how-
ever, making them fetch and carry more like dogs than men. For such a
part, it struck me, this Galtier would be an ideal subject."
~ Levallois:
"You now have the set complete?"
~ Madame de Lautenac:
". . . never have I seen anything more swift and shocking than the change in Madame de Lautenac. One moment proudly beautiful, the next she was shrinking in stark terror."
~ the Marquise d’Auteuil:
". . . my eyes went to the diamond-studded object on her corsage—a tiny stiletto, an
ancient bit of gold-work. Its hilt would have meant a year’s income to me. Small as it
was, it was large enough to let out a man’s life."

First sentence:
"Half a second more, and the truck would have backed the little old man out of existence."
Final sentence:
"Phil Brady did not get much of a story out of it, after all."

References and resources:
-  Several of the many rare stamps mentioned in the story: "a pair of the Niger Coast one-pound surcharge" (Dead Country Stamps and Banknotes HERE); "the Mauritius 'post-office' stamp" (Wikipedia HERE); "the unique Guiana rarity" (Wikipedia HERE). 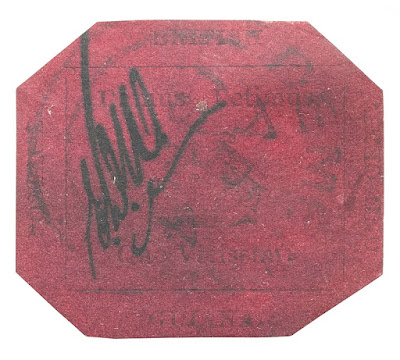 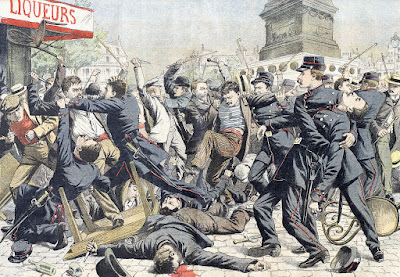 ~ "stroking his gray imperial": A moustache style: "Imperial – whiskers growing from
both the upper lip and cheeks, curled upward (distinct from the royale, or impériale)."
— Wikipedia (HERE). 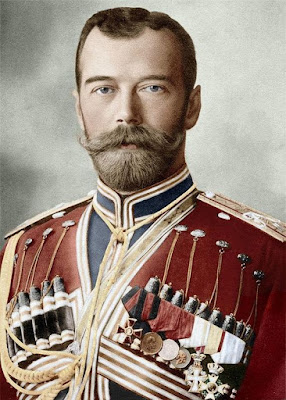 ~ "a base hospital on the Moroccan front": At the time of our story, Morocco was under French control:

"The treaties officially assured Morocco of its legal status as a sovereign state, and the sultan remained the country's head of state. In practice, the sultan had no real power and the country was ruled by the colonial administration. French civil servants allied themselves with the French settlers and with their supporters in France to prevent any moves in the direction of Moroccan autonomy. As 'pacification' proceeded, the French government focused on the exploitation of Morocco's mineral wealth, the creation of a modern transportation system, and the development of a modern agricultural sector geared to the French market. Tens of thousands of colons, or colonists, entered Morocco and acquired large tracts of the rich agricultural land. Morocco was home to half a million Europeans. They formed almost half the population of the city of Casablanca. Since the kingdom's independence in 1956, the European element has largely departed." — Wikipedia (HERE).

~ "a wealthy title bought under the Empire": It's unclear whether the First French Empire (Wikipedia HERE) or the Second (Wikipedia HERE) is meant, probably the latter.
~ "killed at Verdun": The longest battle in the First World War: 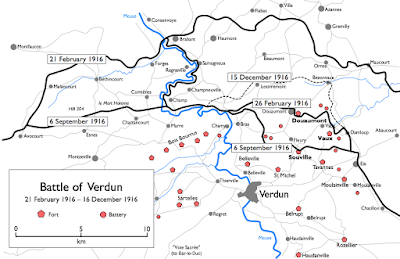 ~ "Clancy’s half-formed notions about the Hotel Drouot": You could buy just about anything there: "Hôtel Drouot is a large auction house in Paris, known for fine art, antiques, and antiquities." — Wikipedia (HERE). 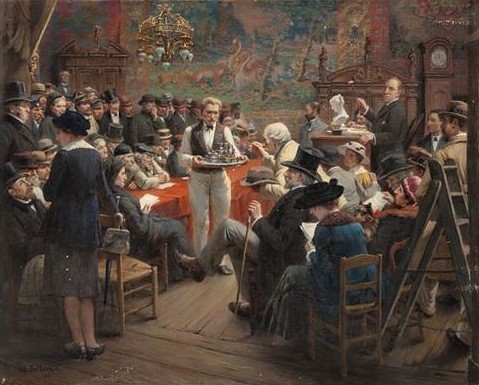 ~ "Marie Antoinette’s nightcap": As everybody knows, she lost her head: "Marie Antoinette (born Maria Antonia Josepha Johanna, 1755-93) was the last Queen of France before the French Revolution." —  Wikipedia (HERE).
~ "a dozen places to get absinth": Usually spelled with a final e: "Absinthe has often been portrayed as a dangerously addictive psychoactive drug and hallucinogen." — Wikipedia (HERE).
~ "dressed up to the nines": A once popular expression (Wikipedia HERE).
~ "her bonne à tout faire had departed": Probably meaning a chamber-maid.
~ "it is Faust, which matters nothing until the ballet at the end": An opera first performed in 1859: "In 1869 a ballet had to be inserted (into the first scene of the final act) before the work could be played at the Opéra: it became the most frequently performed opera at that house. With the change from spoken dialogue to sung recitatives, plus the musical and balletic additions, the opera was thus finally transformed into a work following the conventions of grand opera." — Wikipedia (HERE). 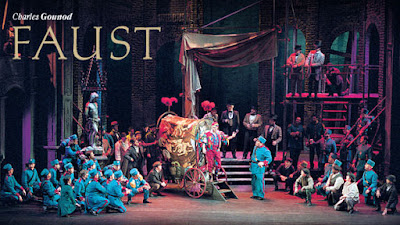 ~ "Cleopatra's vinegar destroyed no greater value than this little meal": "The Banquet of Cleopatra is the title of several works showing the culmination of a wager between Cleopatra and Mark Antony as to which one could provide the most expensive feast. As recounted in Pliny the Elder's Natural History she wins the wager: after Mark Antony's feast, Cleopatra drops a rare and precious pearl from her earring into a cup of vinegar and drinks it once the pearl has dissolved." — Wikipedia (HERE and HERE). 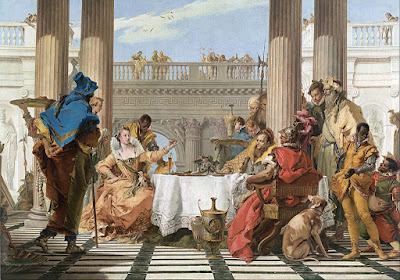 - Another murder mystery featuring stamps and set in Paris, this one a motion picture starring Cary Grant and Audrey Hepburn, is Charade (1963; SPOILERS; Wikipedia HERE). 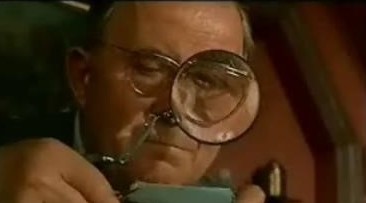 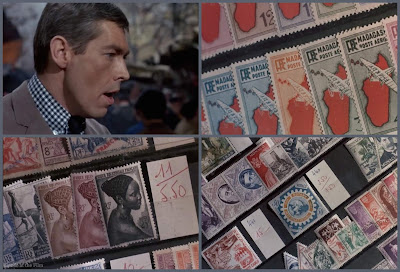