EDWARD WELLEN is remembered primarily for his SFF (science fiction-fantasy), but now and then he would wander confidently into pure crime fiction territory, an example of which
is . . . 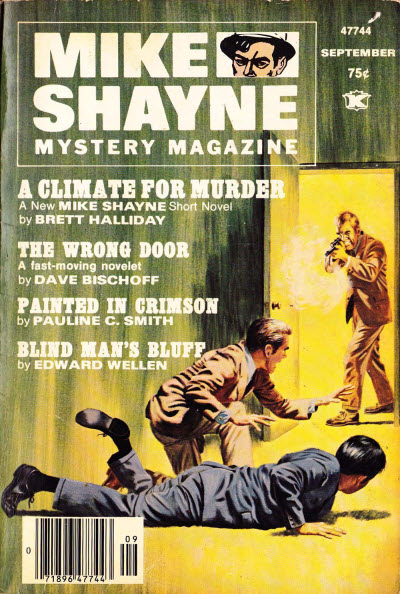 "Lloyd planned a surprise for his bride's wealthy uncle—but things failed
to work exactly as planned."