"All Crime Is Stupid"

AS WE'VE SAID BEFORE, whenever possible we like to seek out the first appearance of a mystery story in a magazine, especially when the periodical's editors have commissioned artwork to accompany it; you've probably read the following EQ story in one of the cousins' collections, but you might never seen it in its debut . . . 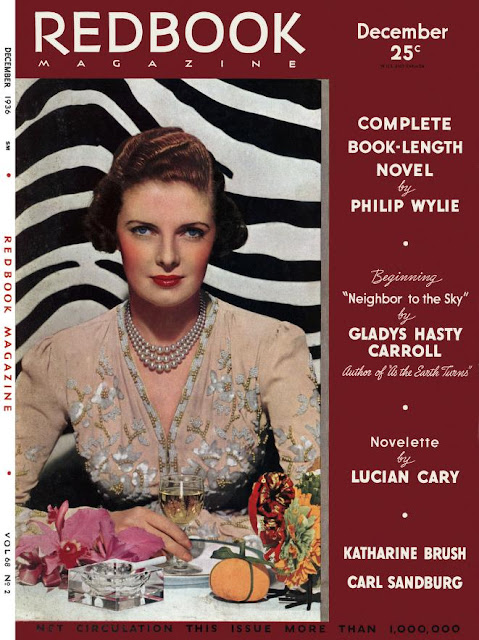 "This business of the pilfered door-stop is provocative."

When a well-to-do businessman disappears under a cloud of suspicion, that's one thing; but when a soapstone door-stop vanishes with him, it's enough to get Ellery Queen, pince-nezed supersleuth, searching for an even greater crime . . . 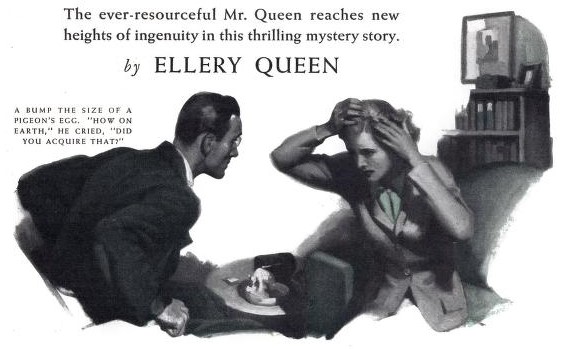 The likely suspects (and one sleuth):
~ Mr. Jito Kagiwa:
"Only when ruin stared him in the eyes did his resolution waver, and then it was too late to do more than salvage the battered wreck." 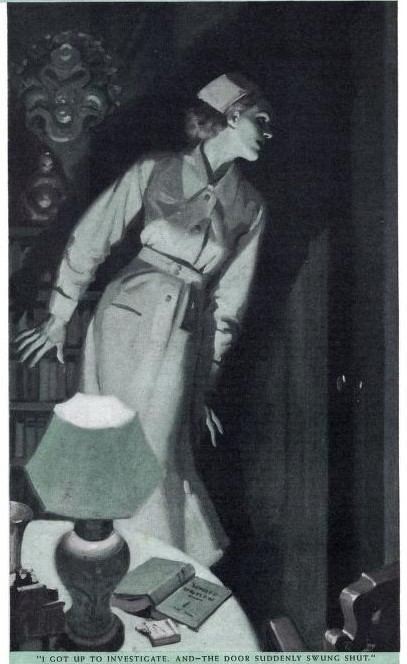 ~ Bill Gallent:
"He must have gone crazy."
~ Miss Letitia Gallent:
"I always said that slinky yellow devil would come to no good." 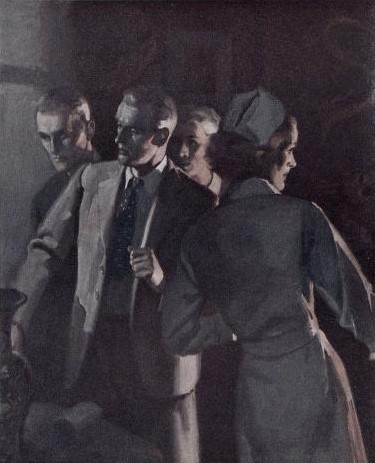 ~ Miss Merrivel:
"But I've always been a fool, and I did open the door; and the moment I opened it and gawped like an idiot into the darkness, something hit me on the head." 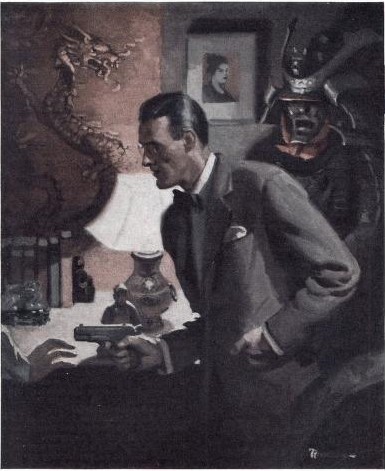 ~ Mr. Cooper:
"Look here, old man: What has that confounded door-stop to do with Kagiwa's disappear-ance?"
~ Mr. Ellery Queen:
"This mess of statistics means everything to me. Pity if it had been lost. It's like the Rosetta Stone—it's the key to an otherwise mystifying set of facts. The old adage was wrong. It isn't safety that you find in numbers, but enlightenment." 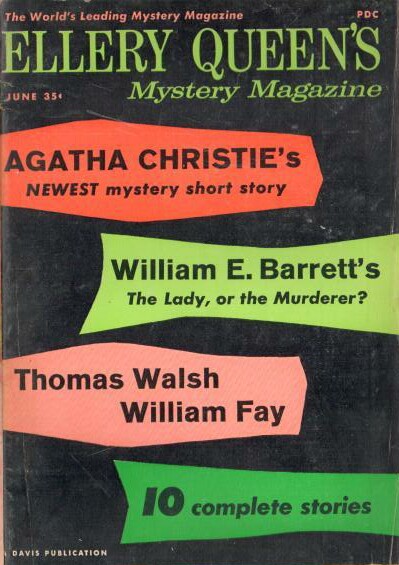 Resources:
- Ellery Queen Reader at Reading Ellery Queen (HERE; SPOILERS) doesn't think much of this story:
"The plot is not too interesting, and neither are the characters, or even the mystery. Perhaps the cousins were finding that simple stories, without any need for complex thought, were the ones that popular magazines would pay top dollar for. Maybe Hollywood was beginning to take its toll on Ellery Queen." 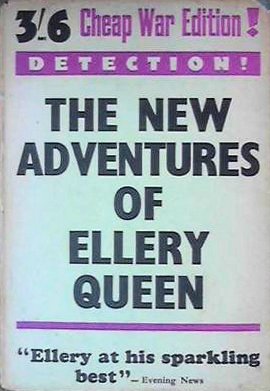 - On the other hand, Mike Grost (HERE) thinks more highly of it:
". . . Ellery solves this case twice, as in 'The Teakwood Case' and The Greek Coffin Mystery. And once again, the two explanations interact in ingenious ways. The twin solutions are less complex than those of the earlier stories: this tale is constructed on a smaller scale than earlier works. But it is still a satisfying instance of Queen's imagination." 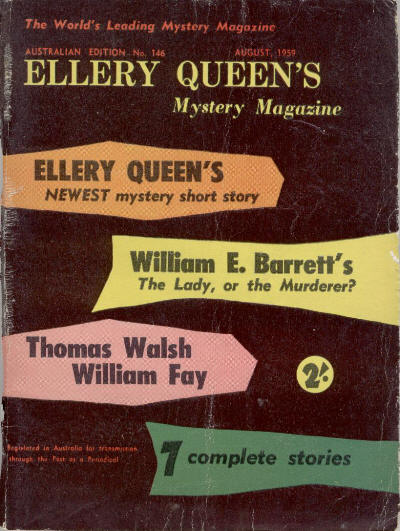 - Our last encounter with the works of EQ (as distinct from their magazine) was about a year and a half ago (HERE). 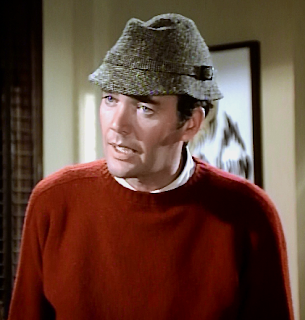