"Just What Are You Worried About—Your Life or Somebody Spoiling Your Night Club Act?"

LIKE MANY OF ELLERY QUEEN'S adventures, today's story began as a radio script which the author later converted into a short story . . . 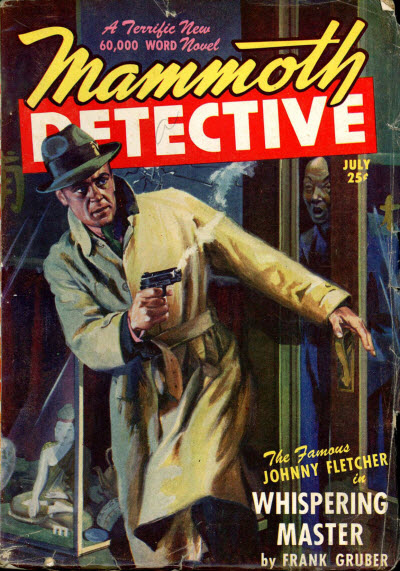 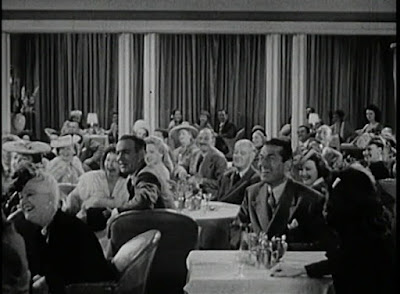 "Danny Dole tried to put them in the aisles as a comedian, but the Crime File of Flamond said something about murder—and it wasn’t funny . . ."

For Danny the apocryphal story about the terminally ill comic on his deathbed should have a special meaning: "Dying is easy," the moribund comic confesses to a concerned friend, "it's comedy that's hard . . ."

Characters:
~ Danny Dole:
"And then I remembered the old adage: never shoot into a flock of ducks 'til you can see the whites of their—eyes. I wait. The ducks get closer. The time is ripe. I pull the trigger." 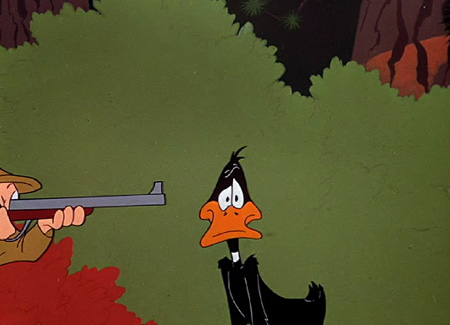 ~ Flamond:
"A gun is a sign of weakness. It's an admission that you aren't able to handle things with your head. It—"
~ Sandra Lake:
"Flamond’s scared to death of firearms."
~ Sheila Ray:
". . . if it wasn’t for her—uh—curves, her voice wouldn’t get her a job callin’ trains in Winapausaukee, North Dakota."
~ Gus Klumb:
"I’ve got some wonderful friends. They think the world of me. They don’t like people
who give me bum deals. Sometimes they get sore about it. And when they get mad,
they do funny things—a lot funnier things than you do in your act."
~ Josef:
"And it was not attached to any wire, m’sieu."
~ Lieutenant Riordan:
". . . of the homicide squad could never have held a job as a movie detective. He simply didn't look the part."

Typos: "nobody could proved it"; "over a Josef's face".

Resources:
- A few then-current allusions crop up in our story:
~ When Danny Dole says, "My problem, Mister Ant’ony, is—aw nuts, it ain’t funny," he's referring to a popular personal advice radio program, the Good Will Hour; see (HERE) and (HERE).
~ Gus Klumb mentions "bank nights," a Depression-era attraction that ended with the advent of the Second World War (HERE).
~ "just like Jolson": That's Al Jolson, a household name at the time (HERE).
- FictionMags lists only two Flamond stories by George B. Anderson, this one and "Case of the Perilous Party," Mammoth Detective, August 1947. Flamond was already known to some readers for his "appearances" on radio (see The Thrilling Detective HERE); the Chicago Trib-une's obit for Anderson is (HERE), from which we quote:

"In his spare time, Mr. Anderson wrote radio shows. WGN bought his idea for a radio show about a magician turned rackets detective. The hero was Mike Trent and the show was Easy Money, in which Mike beat gamblers and cheats at their game. The successful show, which Mr. Anderson helped write, moved to NBC.
"He also wrote for such shows as Mystery House, Country Sheriff, Nick Carter and The Crime Files of Flamond. He said he wrote more commercially sponsored mystery shows than any other writer in the world.
"HE RECEIVED writing credits on hundreds of radio and television shows, including Garroway-at-Large and Welcome Travelers, for which he was chief writer for three year[s]. He also created numerous dramatic shows."

- Old Time Radio has a log of Flamond's adventures (HERE), which debuted in January 1944; note that "The Squealing Duck" was the 16th episode broadcast. OTR also has the original show archived (HERE; MP3; 29 minutes 47 seconds), as well as 8 other shows (HERE) and (HERE). 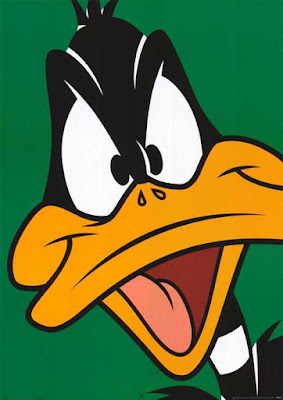