"Ours Was the Most Security Conscious Project in the Whole Country; and This Was Where He Had Picked to Get Himself Killed"

TODAY WE RETURN to the golden days of yesteryear when a tape-fed electronic computer could—and often did—occupy the entire floor of a building . . . 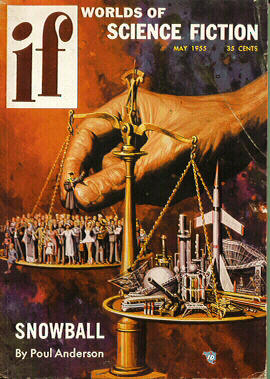 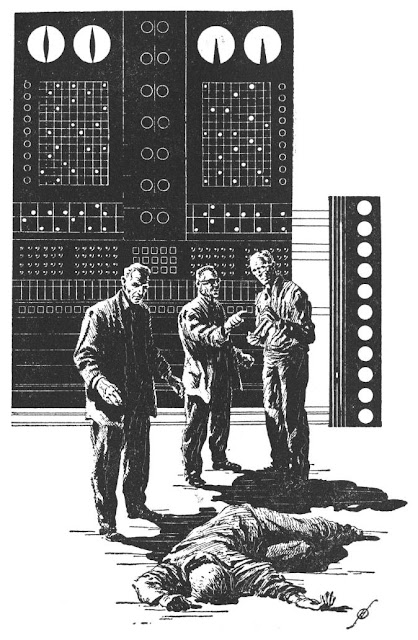 It's abundantly clear that if our killer ever read this precautionary observation from the Bard of Avon, s/he dismissed it: "To be wise and love, Exceeds man's might" . . .

Characters:
~ Dr. Dudley Ballard:
". . . had been as inconsiderate in his dying as he had been in his living."
~ Art MacKinney:
"God! There'll really be a stink about this."
~ Bill Green:
"I hated Ballard's guts and everyone knew it, so there was no point in being hypocritical now."
~ Edith:
". . . was only a computing machine, a mechanical brain, the final result of years of work by the best cybernetics experts in the world."
~ Mr. Thompson:
"He looked nervous and I couldn't help wondering what he was thinking. There had been stories circulating about Ballard and Thompson's wife and the dome-headed little man must have heard them too."
~ A gray haired, gray suited security agent:
"Are you nuts?"
~ The coroner:
"'—and since it could not have been the work of an outsider, it must have been a crime of a private nature.' He looked closely at Thompson, MacKinney and me. 'A crime of a private nature with the motive either revenge, jealousy or ambition.'"