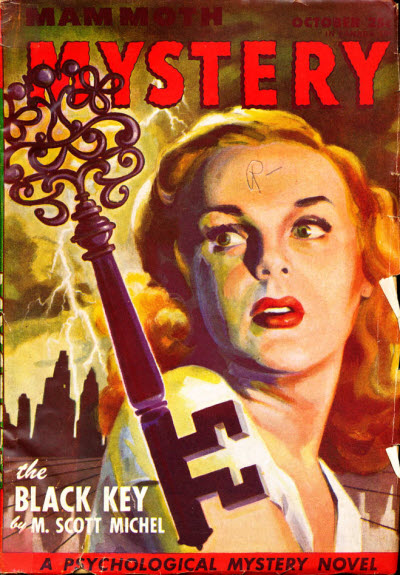 "You will receive your punishment before long."

Characters:
~ Detective O'Neill (narrator):
"The call came into the station about ten o'clock in the morning."
~ Larson and Smith:
"'Larson reads detective novels,' I said. 'He thinks he's Ellery Queen lately. Smith doesn't read anything, because he never learned how. What am I going to do with those two meat-balls? Let me take McIntyre or —'"
~ Inspector Evans:
"'That's enough, O'Neill.' He looked at me over his rimless spectacles and nodded at the door. 'Better get going.' That ended the argument."
~ Mr. Prescott:
". . . was sitting in his chair. There was a white gag through his lips and there was a blue hole in his forehead from which blood was welling."
~ Agnes:
"He told me to let her come in. I didn't like it. She didn't look right."
~ Laura Prescott Walsh and Ralph Walsh:
"What do we need an alibi for? If you think we killed him, you're crazy." 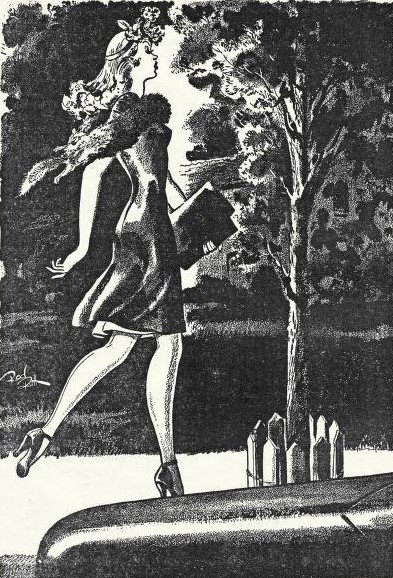 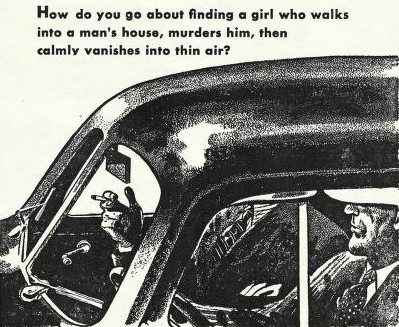 "By his own estimate McGivern wrote 300 stories for Ziff-Davis, about half of which were sf/fantasy and half mystery/suspense."
— "William P. McGivern," SFE: The Encyclopedia of Science Fiction (HERE)