Three Under the Same Cover

A GUY who's good with numbers, a clown with a sure-fire retirement plan, and a cop whose final resting place could be inside a cement wall, all in the same issue . . . 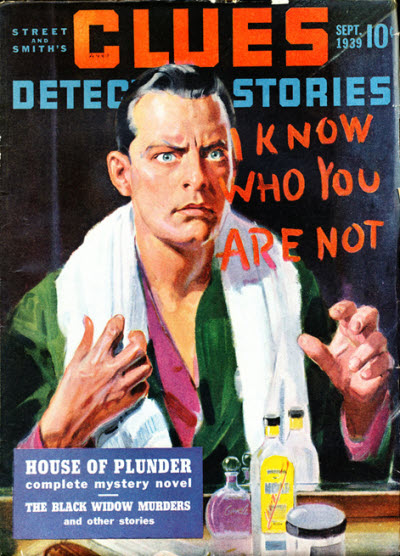 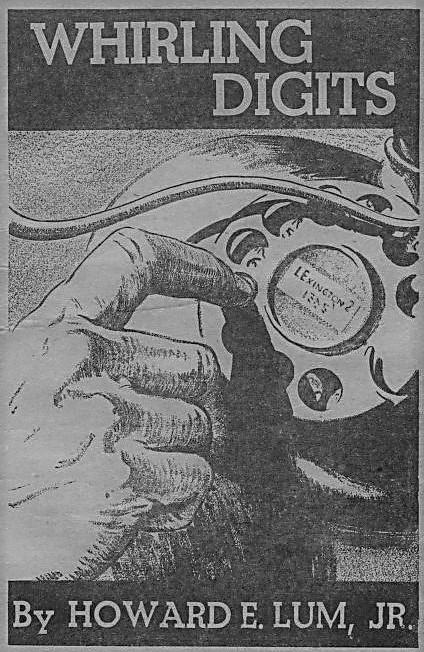 ". . . my eyes not only took another look at the big pair of shoes but also noticed that the top bureau drawer was open, the drawer where Dave kept his .45."

You're about to be robbed by vicious thugs in your apartment but you have a chance to dial the phone. Do you call the police? If you're Dave, of course not! 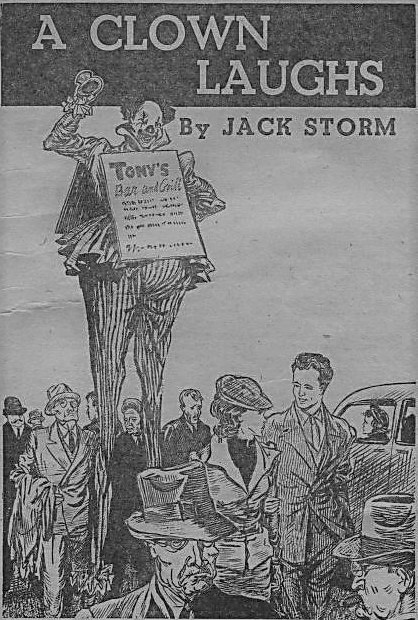 "A little patience, a little study—the whole situation was in the bag."

This clown is determined to get the last guffaw—or else . . .

Typos: "a superhigh paid of stilts"; "the smoothiest".

Resource:
- Whoever "Jack Storm" was/were, he/she/they was/were responsible for quite a few yarns featuring Doc Savage, The Shadow, and The Avenger from the late '30s to the mid-'40s (FictionMags data). 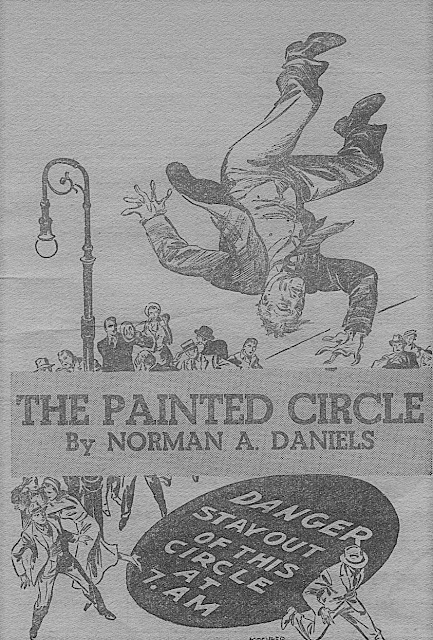 "This mob worked with the efficiency of some grim machine."

It's bad enough when the mob starts "murdering" public officials in effigy—but when they begin doing it for real, it's going to take one tough cop to put a stop to it.

Comment: Mike Shannon is James Bond in everything but name, and like Bond he makes remarkable progress with a minimum of sleuthing.

Major characters:
~ Sergeant Mike Shannon:
"The descending object struck the sidewalk with a hideous sound, like the snapping of a thousand wooden matches. A woman fainted. Men turned away, and Shannon approached the object with grim determination. Then he closed his eyes for one long moment, opened them again and stared."
~ Benjamin Forbes:
"If you heard me talking, I was probably having nightmares."
~ Inspector Dolan:

"We have a hundred detectives working on the case and we don't even know what is
behind it."
~ Barton:
"Honest, sarge. I don't know anythin' about it. Me—I'm ready to blow town, see."

Resource:
- To see why we refer to Norman A. Daniels as a Grand Master, go (HERE; ONTOS). (Note: The links to the Pulpgen Online Pulps site have changed in the interim.) 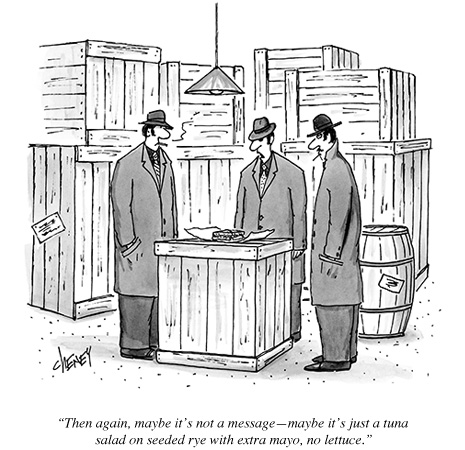