WE'RE TOLD that there's a solution for every problem, but you're not likely to have a solution without a problem solver. Enter Wilbur and Stevenson of the S.I.U.P.,
problem solvers extraordinaire; but they don't get involved in your garden variety problems—oh, no, as you'll see in the following, their only adventures as far as we know.

"They found Spigelli unconscious upon the floor with all the evidence lying beside him." 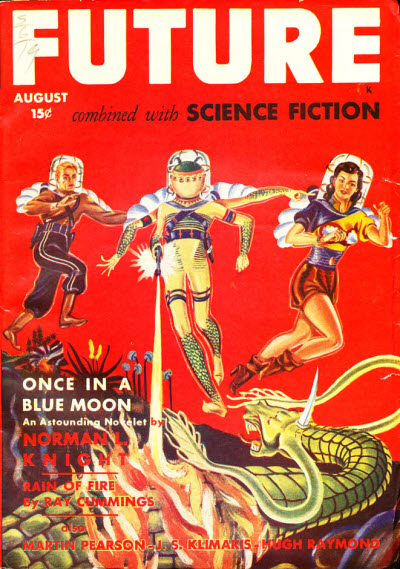 Reprinted in Double-Action Detective and Mystery Stories, May 1960.
Anthologized in Blue Moon: An Anthology of Science Fiction Stories (1970). 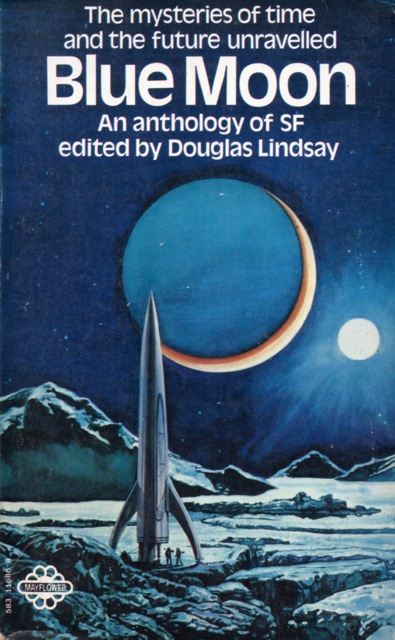 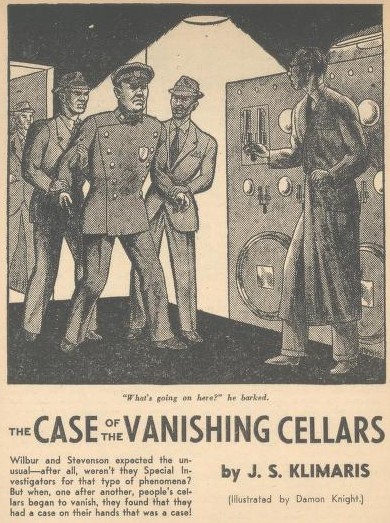 "The Society for the Investigation of Unusual Phenomena has had a great many strange cases, but has never failed yet."

Extreme situations can necessitate extreme measures, such as Wilbur and Stevenson—gasp!—breaking into the City National bank . . .

Characters:
~ The house-owner:
"I make wine and then store it away. Last night I lock the cellar door, and this morning—no cellar. No wine! No nothing!"
~ Jeffrey Wilbur and Lester Stevenson:
"We'll do the best we can for you. If it is possible to find your cellar, we shall do it."
~ S. T. Spigelli:
". . . notorious counterfeiter, whose ten dollar bills could be found in 30 out of 48 states. . . ."
~ P. G. Sacal:
"The war! What war? Who’s interested in a war at a time like this when cellars are vanishing all around us?"
~ Martinoff:
"Taip, taip, suneili, taip!"
~ Officer Arrison:
"You can't pull that gag on me."

Typos: "his giant shadow [missing was] thrown across the room"; "epitomy"; "aske Wilbur". 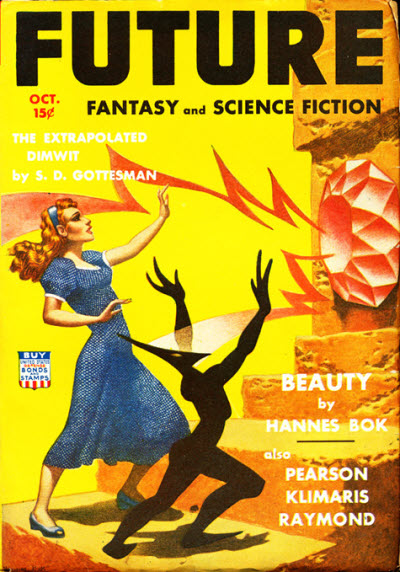 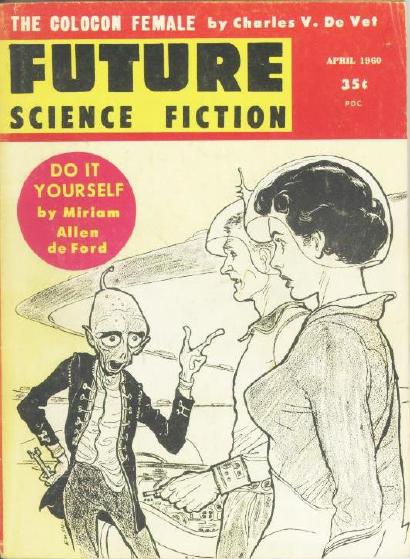 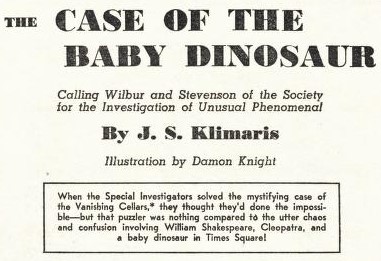 "If the Society for the Investigation of Unusual Phenomena doesn't do something—we are lost."

When it comes to dealing with a crisis, much has been written about how the denizens of the Big Apple cope. Perhaps Douglas Adams put it best: "The last time anybody made a list of the top hundred character attributes of New Yorkers, common sense snuck in at number 79." Fortunately, Wilbur and Stevenson are the exceptions that prove the rule . . .

Characters:
~ Police Commissioner McClury:
"It is to the credit and quick thinking of Police Commissioner McClury that disaster did not strike in the heart of Times Square."
~ Mr. Taylor, President of the S.I.U.P.:
"I'll have you hanged by your toe nails and your heads used as brooms to sweep the side-walks if I don't get some action on this case and get it fast!"
~ Wilbur and Stevenson:
"We're in a jam, son, and unless we do something about it we lose a good job."
"That would be most regrettable."
"Yeah. That's what I said."
~ Margie:
"She lifted her head high and yelped triumphantly and felt within her the stirring joy of arriving at maturity."
~ Mr. Brown:
"I have been rather irritable lately, and your sudden appearance annoyed me."
~ . . . as well as a famous playwright, a ship complete with oarsmen, Caesar's main squeeze, a hero of the American Revolution, and a number of others, some not so well-known to history.

- Is it just us, or do the characters and situations in these two stories remind you
of another group of Big Apple paranormal investigators who careened around in
a converted ambulance? And what about the name of that inventor? 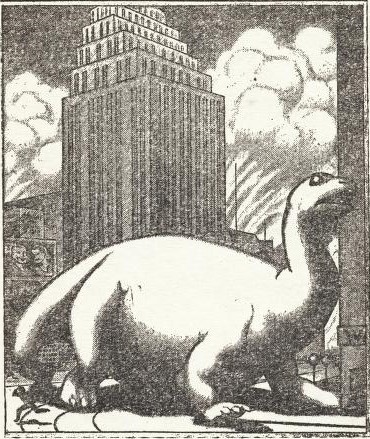